No, I didn’t write The Group. 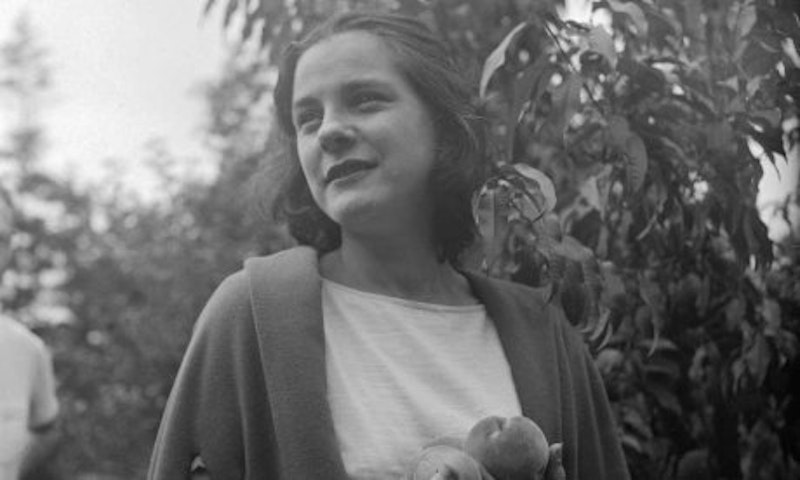 Every once in awhile, someone of a slightly older generation will say, “Your name sounds familiar, have you written other novels?”

“No,” I have to explain, “I’m not the Mary McCarthy who wrote The Group. She was fantastic. She passed away in the 80s.”

And then I feel awkward, because the real Mary McCarthy had exponentially more talent than yours truly, and also because I feel guilty for inadvertently “borrowing” her name on the day I got married.

The first time I heard of American author Mary McCarthy, I was in high school. Someone at the library one day pointed out The Group to me, saying, “Isn’t that going to be your name when you marry that guy?” The person gestured towards my neck, around which hung an enormous high school ring on a chain. It was like I was some kind of teenage suburban gangster, wearing the huge gold display to announce my plans to marry the captain of the football team one day.

When I wrote newspaper columns in the mid-90s, every once in awhile I’d get asked the Mary McCarthy question. One day I decided to read The Group and discovered it was fantastic, moving on to read a few of her other novels and short story collections (my favorite) as well as her memoir Memories of a Catholic Girlhood.  I was surprised to find we had a few things in common besides our names and our Catholic girlhoods.

Possibly the most unusual coincidence is that we share not only our first and last names, but also our middle name: Therese. Though over the years my middle name was documented with the more American spelling Theresa, my birth certificate depicts a spelling the same as hers, the French Thérèse. In a flurry of Catholicism, I was named for Mary, mother of Jesus and St. Saint Thérèse of Lisieux, a popular French nun-saint. I was born May 21 (1969) and she was born June 21 (1912). We both had imperfect childhoods. We also share a contrarian, liberal style in our writing. Someone who knew her work once said she was “reincarnated” through me, and I replied that really wouldn’t work since she didn’t even die until I was in college (1989) when I still had my maiden name.

I really didn’t think much of publishing under my name for the 20+ years of a nonfiction writing career working for newspapers, magazines and the Internet. I certainly don’t think I’ll ever beat her in a Google search. The “T” part can be confusing since we have the same initial—I’ve tried to be sure the “T” is present because the real Mary McCarthy published without it. Last year, when I found out my first novel was going to be published; I asked my agent and publisher if I should consider a pen name. “The Mary McCarthy slot is already taken on bookshelves by a much better writer,” I pointed out. But they felt since I’d been writing for more than two decades with the name, it didn’t make much sense to change. The “T” appears on my books so at least someday if in some poor place, the books end up next to each other, the shelver can put mine after hers.