Evil at the International Spy Museum 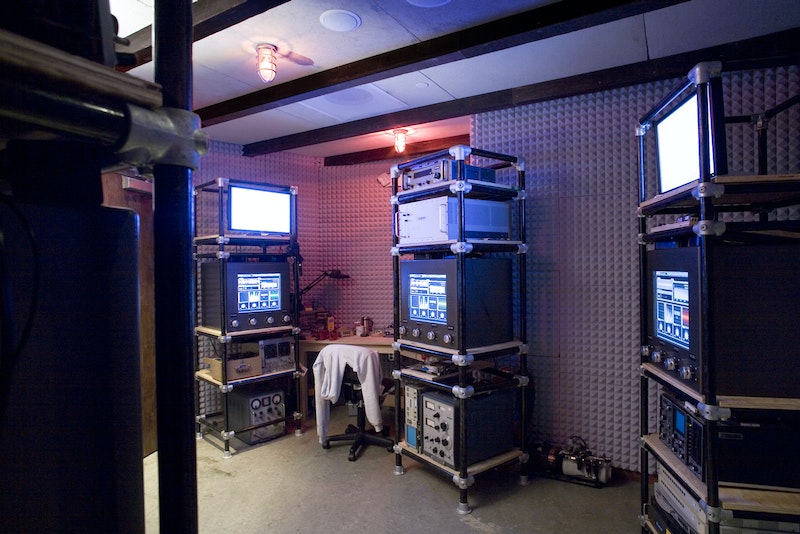 "Have a spy-tastic time!" the staffer at the Washington, D.C. International Spy Museum declared as we went in. The first display, off to the side as we made our way towards the exhibits, was about infiltrating al-Qaeda. Bin Laden probably had many dreams, sane and otherwise, but it’s hard to believe that he ever saw his organization serving as fodder for a Disney-esque exhibit; terrorism as an amusing, marginal cultural artifact. Mass murder is turned into a vaguely exciting, goofy historical phenomenon, suitable to distract museum customers briefly as they make their way towards something more interesting.

That queasy mix of national tragedy, mass murder, and unabashed hucksterism defines the International Spy Museum experience. Spies are pop culture entertainment, appearing in films and books with twisty plots and multiple explosions. Spies are also real people, who mostly collate boring data and occasionally violate people's privacy or participate in and facilitate hideous atrocities. The spy museum is unwilling to choose among these different kinds of spies, and so lumps them together with insouciant, crass cheer. In one room, you've got videos about Bond villains. In another, you've got a little informational reel explaining how spies gave President Kennedy the information he needed to almost blow up the world. Who’s to say which is more fun?

Of course, the Spy Museum doesn't frame the Cuban Missile Crisis in exactly that way. If you're going to make spying sexy and virtuous, you need to (appropriately) tell a few falsehoods. There's no mention, for example, of the bumbling, immoral CIA campaign to assassinate Castro, or the incompetent Bay of Pigs fiasco that prompted Castro to ask Russia for missiles in order to deter the U.S. from trying to kill him.

Spies in this museum are clever and mostly patriotic fighters for good, not incompetent thugs bent on bloodletting. The Navajo code-talkers get mentioned, but not the CIA role in providing Suharto with intelligence to aid him in his vicious anti-Communist genocide. Nifty ninja-assassins get a lot of space as early examples of spying, even though ninjas are myths. But the museum studiously ignores discussing the Abu Ghraib torture, the ethics of NSA spying, or Edward Snowden and the pros and cons of national security whistle-blowing. Valerie Plame is shown discussing her most pulse-pounding James Bond spy moment, but there's no background on how the Bush administration outed her as a spy because her husband questioned the dubious use of intelligence that led the U.S. to its brutal war in Iraq.

The Holocaust Museum in D.C. and the Imperial War Museum in Britain, are dedicated to presenting painful, traumatic events in historical context; they're efforts to educate the public about traumatic and painful topics. The International Spy Museum, on the other hand, doesn't see spying as traumatic and painful. It presents spying as a lark. Bugs, secret identities, umbrella guns, document drops; this museum is meant to provide a history which gives you the charge of a Robert Ludlum or Ian Fleming novel, or a John Le Carre thriller, if you want to go highbrow. The museum is a fantasy adventure, like a Pirates of the Caribbean ride, which sees pirates as exotic adventure, rather than as brutal life-threatening robbers.

And Pirates of the Caribbean is fun in its vacuity. Fake pirates are an amusing trope, and don't really need to reference the ongoing threat of piracy on the high seas. Similarly, watching a James Bond movie is entertaining—nothing wrong with that. But there's something gross about the way that the Spy Museum conflates fact and fiction to make spies look heroic, when those same fantasies of dangerous men protecting us from dangerous threats are routinely used to justify torturing people in Guantanamo, or spying on U.S. citizens. America's labyrinthine, ineffective, and violent espionage network is an ongoing moral disaster.  The International Spy Museum should either acknowledge that in some way, or stick to fairy tales about ninjas and Blofeld. Conflating the two is neither educational not entertaining. Instead, it's ugly propaganda.