Reflections on Caitlyn Jenner and my father. 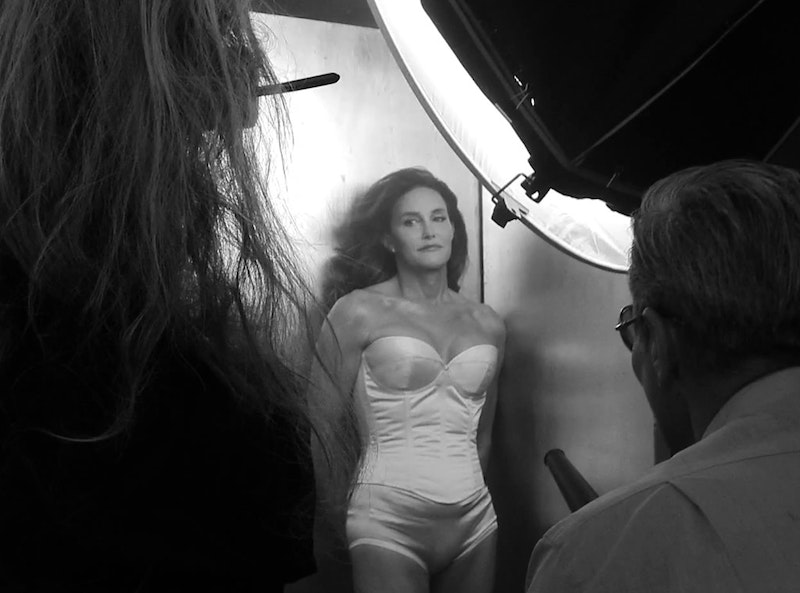 Bruce Jenner was a terrible father.

Recently, after a friend on social media said she didn’t believe Caitlyn Jenner was a good role model because of the fatal traffic accident in which Bruce was involved and because of his track record as a parent, I watched Diane Sawyer’s interview with Jenner and his eldest children.

Jenner admitted he was largely missing during their formative years as he grappled with his gender identity. The children said his absence was painful for them. Yet, they forgive him. They’re looking forward to knowing Caitlyn, with one of his kids saying he hopes Caitlyn is a better person than Bruce.

Before watching the interview, I was thrilled about Caitlyn as a transgender role model. An Olympian and a cast member of a popular reality television star coming out as transgender could be an inspiration to kids grappling with the same questions.

But, watching Bruce’s children, the strained expressions on their faces in the Sawyer interview, left me uneasy. They’d decided to be present for Bruce through his transition to Caitlyn. I wondered what role celebrity played in how these adult children responded.

Early December 2014, I stood in my kitchen. It was dark outside, and I threw the mail on the counter. One envelope, smaller than the others, stood out. It was addressed to me in strangely familiar block letters, the sender’s name, my biological father’s. It had been 10 years since I last saw him and 23 years since the previous encounter. Holding the white paper envelope, I realized I'd only expected to hear from him on his deathbed—if ever.

The letter was handwritten on lined paper. His life, he’d written, was filled with lies, mistakes, and regret. He was approaching 63, according to my estimates, and he’d come out as a gay man. He asked for my understanding, but not my forgiveness—a request I found strange because I carried little but an awkward fear that I could possibly be anything like him. Each time I recognized poor behavior in myself, every recollection that made me flinch in shame at my youthful selfishness, I wondered if I genetically harbored his mean spirit somewhere in my body. Forgotten thank-you notes, petty arguments from 20 years ago, and lies I’ve told—all fodder for my well-exercised and sleepless conscience. It’s like having Jiminy Cricket as a moral guide who thinks you might be hopeless.

My biological father had never been cruel to me, had barely raised his voice unless I was in danger, but was never a major figure in my life. “Absence” implies missing, and I never felt loss or abandonment. He and my mother had split before I formed any permanent memories, and he’d been aloof through my early childhood. I was 10 in August 1989 when my paternal grandparents died. Their deaths, nine days apart, were devastating. The night my grandmother died, I couldn’t speak. They’d watched me after school nearly every day, and I couldn’t imagine life without them. In the years after their deaths, I saw my biological father a handful of times until there was no relationship at all.

Dad was the man my mother started dating when I was in second grade. He and I had bonded immediately. He stayed home when I was sick and knew the perfect number of ice cubes to put in my soda. Every Sunday he raised my training wheels a little higher than the previous week until they were Dumbo’s feather. He removed them on Easter, and I spent as much time as I could riding up and down our long driveway. He was the one who lumbered down the hallway to comfort me when I screamed from a nightmare in the middle of the night, or just because I awoke in the dark, scared, and wanted his hug and kiss.

I wasn’t missing anything. I had the perfect love of two parents, and either one of them would have been more than enough. But there was this other man whom societal norms said I should love, or feel something more than a confusing ambivalence toward. By the time I was 13, it seemed like a charade and a waste of time. I was finished with our awkward, forced relationship. I didn’t know this man, and I didn’t like him very much. I asked my dad to adopt me.

What is an adult’s gracious response to a plea from a parent who wasn’t present? I want to be a person open to love and closed to bullshit. I think that’s called enlightenment.

Jenner’s eldest children agreed to a nationally televised interview about their father’s transition. I don’t know these people, but they looked stressed. I picture them years younger, with bigger eyes and softer faces, on the same sofa, wondering why their father didn’t show up for their lives. They experienced absence. They do not owe Bruce anything; they owe Caitlyn nothing.

But, they owe themselves peace. I hope they’ll know they’re not bad. I hope they can live authentic lives in which they recognize the love of other people and make themselves vulnerable. That they are willing to do this with Caitlyn means perhaps Bruce has laid a foundation for a relationship, that there is love.

We all deserve peace, and so do our children. From their first breaths, we owe them our love, tenderness, and authenticity. We owe them our whole selves, messy and flawed as we are, to model for them courage, love, and generosity.

In the letter I wrote in response to my biological father’s, I told him I understood—and I do. He wasn’t brave enough his first 62 years to be himself; he robbed himself of real love and robbed the people who loved him most—his parents—of the opportunity to say, “We love you.” He robbed himself of a child, of grandchildren, of romance. He’s never known how cruel and kind the world can be because he hasn’t lived in it.

I loosely quoted Maya Angelou in the letter, telling him forgiveness is a gift we give ourselves. I reminded him he’d been cruel to some of the people I love and cherish most in the world. Still, the same lie that made him angry and cruel also led to my conception and I’m grateful for my life.

I reminded him symbolically in the end that by lying and faking his way through life, he’d robbed other people of experiences they might have enjoyed. As a kid who grew up loving movies and theater, I might’ve enjoyed an annual viewing of The Bird Cage with two fathers.

The thought that stays with me, though, is revealing his sexuality doesn’t change who he is. I hope he discovers a good soul in himself and spends his senior years as a better human. Maybe that is what Caitlyn Jenner can do now and what her children hope for her.

It was kind of them to agree to the interview and beyond generous to be open to a relationship with Caitlyn. They are hoping to know a better person. From my perspective, being in the closet is no excuse for being mean.

This story will inspire my parenting and humanity, but I feel no obligation to strike up a relationship from nothing. Be you. It’s all you have to give the world.