Who’s Who on the Buffalo Valley Rail Trail?

The Amish, the skaters and more. 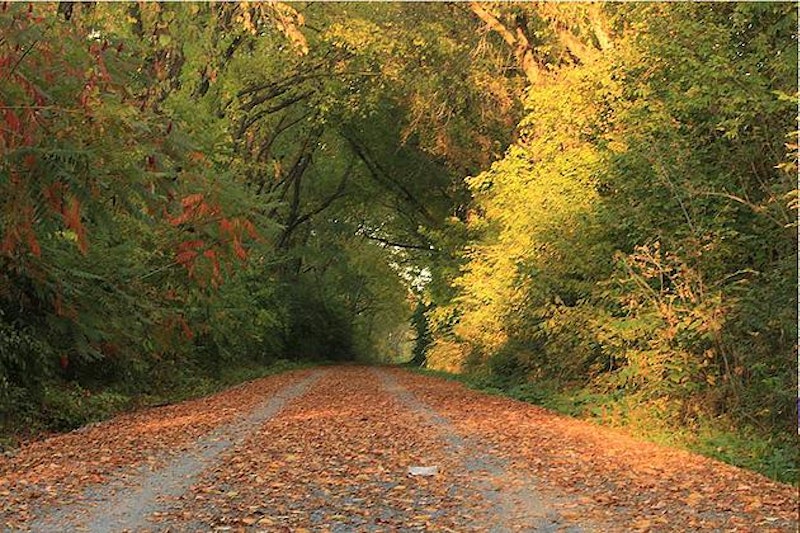 A dedicated walking trail will spoil you for all other such experiences. When it’s possible to walk for nearly 10 uninterrupted miles, trying to do so in a town or city doesn’t quite compare. Because my weekday lunch breaks are limited to 30 minutes, I can only squeeze in a traffic-segmented mile or two, but on weekends I’ll hop in the car and motor over to the Buffalo Valley Rail Trail for a serious stroll—usually anywhere between four to 10 miles in total. It’s never as busy as it should be, which can be chalked up to the fact that Lewisburg, Pennsylvania is in the middle of nowhere; on the plus side, the trickle of fellow walkers makes the act of subjectively categorizing them far easier.

The Lone Guns. They’ve gone in for state-of-the-art duds, water bottles, sunglasses, step-counters, and so on. Fitness is their mission and their religion. They are almost never on bikes.

The Savvy Parents. Who says the parents of small children can’t figure out how to get enough exercise? That’s why “sport strollers” were invented.

The Sorority Girls. They’re in college. They jogged over from the college. They’re rocking ponytails and earbuds. They’re possessed of a pastel, boutique athleticism. They are, in their own minds, anyway, the only people on this trail.

The Outliers. For these folks, the trail is less for recreation than for traveling from Point A to Point B.

The Drifters. They’re seniors in their 50s and 60s, aided by walking staffs, in no particular hurry; or dog walkers.

The Recruits. They’re typically shirtless, probably training for military service, and they travel in packs of 10-20 for some reason.

The Amish. They’re always on old-fashioned bicycles, traveling at relatively breakneck speeds, flying away from Amish country—children, mostly. And they always seem so serious.

The Gabbers. As someone with little use for bicycles, walking this trail on foot can be dispiriting in the same way that being a tattoo-free person in a world of inked forearms can suck; somehow you end up feeling diminished in some way. So gabbers, usually in pairs, are welcome; they’re usually laughing and gesticulating, and you can tell that these walks are the highlight of their week. It’s impossible for me not to envy them, since I don’t have anyone to go on these walks with.

Skateboarders. Very few, which makes a lot of sense given that the majority of the trail is crushed gravel and there are no stairs or angled surfaces available for the perfection of tricks. Bogus.

The Tourists. They’re smiling. They’re in groups, with kids. They’re tootling along on rented bicycles, glassy-eyed, blown away by the farms, streams, and wildflowers lining the trail, wearing the same expression that I wear whenever I find myself in a place like NYC. These folks never believe in greetings, many because everyone who isn’t them kinda counts as scenery.