Why we’re losing our minds. 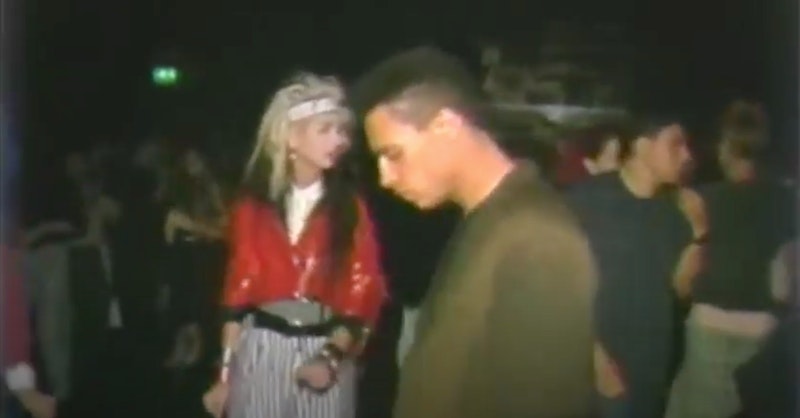 People are losing sanity today because we’ve lost our mysticism. Mysticism is a spiritual experience that requires stepping outside of time and reality—or to be more accurate, stepping from ordinary time into a stranger, colorful and mysterious time and place, the fairyland Chesterton alludes to. Modern time is constantly interrupted by phones, streaming services, and TV screens (even at the gas station). People are too distracted to wade into the river of the mystic for an extended period of time to connect with God.

I recently came across a video from the 1980s that captures club goers dancing. It’s mesmerizing footage, and a reminder that America was once a country that offered a nocturnal escape from the everyday. Clubbing in those days was an activity that involved rituals, several hours, and which signaled a separation from the daylight world of work and worry.

As a college student in Washington, D.C, at the time, my friends and I would start as soon as we punched out of our classes or part-time jobs on Friday. Showering, getting dressed in our coolest clothes, listening to departure music—there was a sense of adventure and the unknown, of leaving the bland world behind, like Huck Finn and Jim drifting down he Mississippi on a raft. As Jason Bahbak Mohaghegh puts it in his book Night: A Philosophy of the After-Dark, the nocturnal world “seals the night traveler within its own sovereign cube of unworldly time”— only to, hours later, “mercilessly release its guests back into the time of the real.”

In the mid-1980s I was living near Georgetown University. My roommate worked at Cagney’s, one of the new “video bars” that were cropping up in the wake of MTV’s popularity. On days when I wasn’t working at a movie theater or in class I’d meet friends for dinner and drinks in Adams Morgan, Kramer Books, Brookland or Georgetown, then start hitting clubs: the original 9:30 on F Street, the Wax Museum, Annie’s, Poseurs. I’d usually end up as Cagney’s at Dupont Circle to use my roommate’s connection to avoid the cover charge, dance to the Cult or Echo and the Bunnymen and quaff a few discounted drinks. The night—or by then early morning—would end, if I was lucky, with romance, or maybe a bag of burgers at the Little Tavern.

Going out was a long ride uninterrupted by texts, which didn’t exist, or phone calls, because phone booths were hard to find. The experience formed a kind of meditation. The professional world was not just lost for an hour of yoga or pilates, but completely abandoned for a lengthy, restorative journey. It often changed you. As Mohaghegh observes in Night, “Night brings revolution against the archetypal. It overthrows the dominant hierarchies and universal myths in favor of the beautiful diary of the masquerade or the bonfire. It is where one fathoms otherwise, the time-space of the visionary, the imaginary, the unreal, the unknown, the elsewhere, the outside, and the emergent. It is where one builds machinations of radical thought…those droplets of mad and dangerous consciousness.”

This wasn’t unique to the 1980s. In the 1960s Norman Mailer described the American “double life”—one “concrete, factual, practical and unbelievably dull,” and then it’s shadow side, the “subterranean river of untapped, ferocious, lonely and romantic desires, that concentration of ecstasy and violence which is the dream life of the nation.” John F. Kennedy, Mailer wrote, “has a patina of that other life, the second American life, the long electric night with the fires of neon leading down the highway to the murmur of jazz.” In the 1940s and 50s it was jazz clubs or Kerouac looking for God on the road. In the 1960s it was questioning capitalism and the inward search for meaning, and long treks to Nepal or Mexico. And spiritual mystics have been writing about the charged soul of the night for centuries.

A friend recently asked her twentysomething daughter what her favorite hobby is. The girl replied, “Netflix.” That won’t cure what ails us.