The Year That Wasn’t 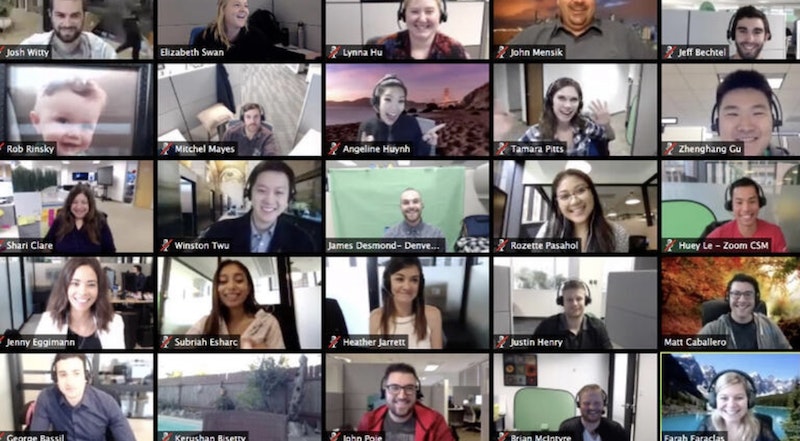 2020 is in the books, kids. Cross it off the grocery list and throw it in the landfill. Drip-drain those remaining hourglass sands into the basin containing the desert wastes of our lifetimes. Now how about those last 365, huh? Weren’t they something?

What I’ll never forget about 2020 is nothing, because I forget everything. All the memories that “Funes el memorioso” retained in Borges’ story of the same name are the ones I let slip through my thick milkmaid’s fingers. Funes died of a respiratory infection too; was it a touch of COVID-42? It all comes back to that, the coronavirus that crowns the heavens. Yet a feeling or a sense of the “year that wasn’t” lingers, a residual or vestigial pain akin to the soft ache emanating from the thick unhealed scars that line my shins, a few of them cut every bit as deep as all those 19th-century civic booster-financed canals to nowhere, rivulets leading only to the bone.

But what is that special feeling? Most probably it’s that of a queasy stomach, a gut sickened from taking one too many bitter blackpills while its owner has been cursed with a constitutionthat cannot overdose on them. Speaking of blackpills, have you noticed, when watching the new advertisements our best companies are churning out, how such themes as “9/11 unity” have merged with images of folks cheerfully if awkwardly interacting over web conferencing platforms? This is ham-handed, to be sure—the only similar phenomenon I can recall was how mawkish and quaint the old Internet, first comprising Hotmail and then blogs and Facebook, seemed when marketing people began shoving it down grandpa’s feeding tube. “Look how sweet it is, granddad sending a text,” was the reaction I assume the finest minds behind Ozymandian ISPs like AOL and CompuServe were attempting to elicit.

But this treacle transcends those early-aughts small potatoes and even my wildest fever dreams: here we are treated to an endless series of vignettes featuring ancient granny and those extremely online, rat-bastard grandkids who’d cancel the old biddy without a second or even a first thought, now meeting not-so-cute over Zoom or sharing one last kiss through a glass door or energy-efficient window. Imagine the J. Frank Wilson and the Cavaliers version of the song “Last Kiss,” covered to great effect in my Gen-X heyday by cotton-mouthed Eddie Vedder fronting Pearl Jam, playing in the background as we contemplate granny’s looming obsolescence, perhaps screaming to some indifferent part-time nursing home orderly that she “can’t breathe” as her life, or at least the only two or three happy moments in it, flashes before her eyes. Have that catchy tune coming from a big old 1990s-style boombox and you’ve got yourself some diegetic sound even the Dogme 95 auteurs would appreciate.

“Can’t breathe”: the “Where’s the beef?” motto for an age rapidly unfolding before us. COVID takes these old-timers’ breath away, fitting in a period defined by chokeholds applied without restraint by public servants afraid to loosen the grip of a system steeped in not just one original sin but all of them. History, the parts we’ve recorded and perhaps even the parts alleged by Anatoly Fomenko to have never happened at all, constitutes one big crime from beginning to end. If the first two true humans, not those sadsack refugees from the Garden of Eden but their ungrateful offspring, fought with each other, what hope is there for their descendants? Consider that stupid, inescapable moon-and-astronauts meme: “never has been.”

The sad fact behind the fiction of such cheesy advertisements is how ill-equipped most people are for a “work-from-home” future. Unlike preppers such as “Ya Boi” here, they haven’t ensconced themselves in energy-efficient, technology-lined wombs and bunkers. Many people, even people younger than me, struggle to type on actual keyboards or perform basic computer functions with interfaces that aren’t Facebook, Twitter, TikTok, and Instagram. This isn’t their fault; they were meant for something better, meant to run wild and free like the waters surrounding the stallions of Assateague Island. For these unfortunates we realize there are two fates: see no one save their own reflections and continue “replying all” to emails at their peril, or become couriers delivering UberEats and GrubHub to those who do. The future that’s crystallizing in the wake of events like the passage of California’s Proposition 22 will come for all of us soon enough. Everyone’s on the way out, so remember to act accordingly.

“But wait!” a few of the kids shout. “Wait, I have the real skills the ‘skills-based learning’ people are always posting about! I can code! I’m an electrician! I’ve got my EPA universal card and can purchase all the refrigerant I’ve ever wanted!” Bah humbug, says “Ya Boi”: services like Amazon’s ominously-named “Mechanical Turk” will extinguish most of the rank-and-file coders and GoPro-style 24/7 biometric observation will allow a handful of engineering managers, perhaps ensconced in Makati City or wherever else call center labor is cheap, to direct unskilled contingent laborers in the completion of repairs requiring fine-motor skills that are too complicated for robot AI to ever perform at a reasonable cost.

Eventually we’ll all be reduced to rubble, then ground into dust. This is the lesson of 2020. Some folks knew it sooner than others; they’d been feeling the squeeze, the pinch, for a long time. You’ll still be able to “Do the Work,” of course: the ability to police your acquaintances’ thoughts and goings-on, gratis, for a handful of private corporations that technically own the speech will never go out of style. That will always be there for you, kids, a bit of lukewarm consolation amidst the flotsam and jetsam of our superheating planet.

Oh, but was it so bad as all that, this year that wasn’t? Well, we do still have time, our entire lifetimes in fact, encompassing however much time has been allocated to us to have the time of our lives. And to paraphrase Emil Cioran, philosophy’s richest dealer in the illicit blackpill trade, we still retain some sliver of freedom until we at last lose the ability to end our lifetimes whenever we want to. That’s something, isn’t it? It sure as hell ain’t nothing, as my dad used to say whenever he was opining about how he hadn’t so much lost the game of life as run out of the time needed to win it.

And that’s the way the news goes, kids. I hope you enjoyed 2020 every bit as much as I did!