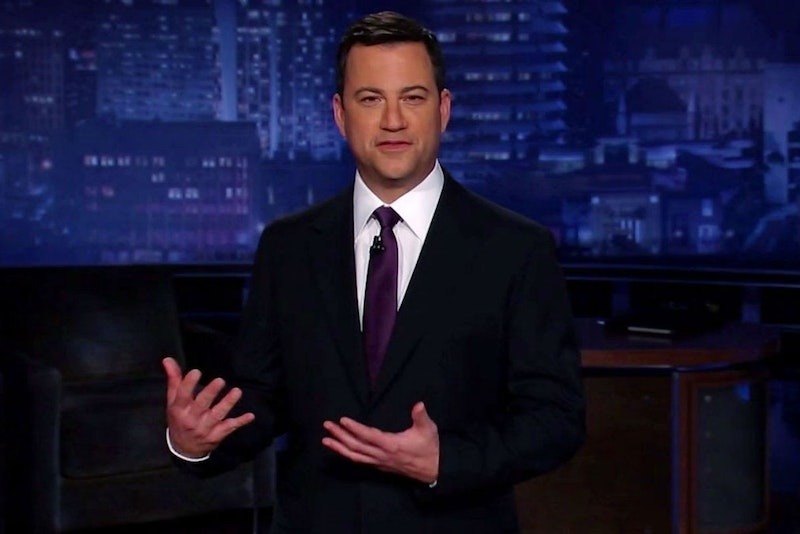 I think there’s something odd—maybe even phony or at least self-deluding—about people going berserk over that dentist shooting a lion. Even many of the animal-welfare activists themselves are quick to note that while Twitter heaps death threats on the dentist, chickens and cows go on dying by the millions.

I am not so inhuman in my utilitarianism as to think people’s outrage and empathy should be turned into an abstract, fine-tuned calculator, divorced from the spectacles immediately before their eyes, but sometimes the contrast between their moments of empathy and their moments of callousness is jarring and strange.

Take Jimmy Kimmel, for instance. He wept—wept!—on national TV while pleading for an explanation for the cruelty shown by the lion-hunter. Beautiful, you might say. But wait—isn’t this the same Jimmy Kimmel who encourages viewers to take candy from children and then send in videos of the kids crying about it? This is Jimmy Kimmel the co-creator of Crank Yankers, in which innocent people suffered numerous bizarre and sometimes unsettling prank calls, right? The guy who co-created The Man Show, for crying out loud?

Does Kimmel’s former Man Show co-host Adam Carolla, author of the anti-p.c. warning In Fifty Years We’ll All Be Chicks, know about this weeping incident?

But then, people are suckers for moments of compassion from otherwise callous individuals. Children are being sent to bed with teddy bears over a century after our culture began celebrating the story of Teddy Roosevelt’s rare moment of compassion in sparing the life of a young bear while hunting—in the midst of a life that was otherwise a nonstop trail of human and non-human carnage.

I will just have to hope the future judges me less for eating meat than for, say, my unwillingness to disturb sleeping kittens (they’re not props, you know, and they do have their own preferences).

And I do think the vegans will win in the long run. In the 23rd century, Mr. Spock doesn’t eat meat. Neither does the 31st-century-dwelling Legion of Super-Heroes. If it gets easy enough to replicate all animal products (including meat) in the lab, who but a sadist would object, really? The arc of history may bend toward vegetarianism.

In theory, we could one day feed all the predators to prevent them feeding on their usual prey—a desirable goal in the minds of the more rational and consistent vegans, at least. Some of the animal-welfare activists already drive themselves nuts by wishing that day were closer at hand (the destruction of all organic life at the hands of robots might be nearer, but that’s a topic for another column).

I sympathize with the animal-welfare folks’ long-term ideals, then, though I counsel patience (and science and lab-meat), and I worry more, for now, about the well-being of the coolest and smartest species, humans. They already seem to go through a great deal of suffering and conflict—and they keep concocting more even without taking on the immense task of stopping all the slaughter among other species.