The Lion Deserved to Die

Hypocritical outrage at the death of a conveniently pretty cat. 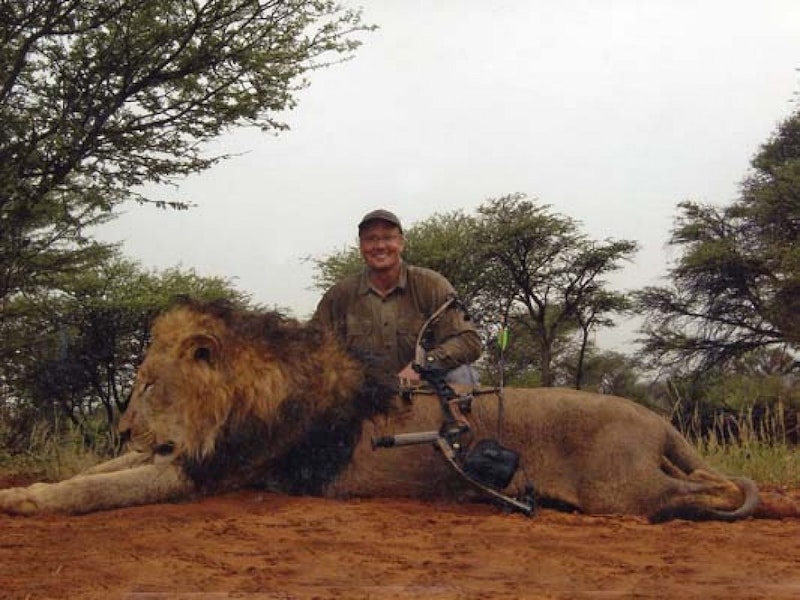 Humans on the Internet set their torches aflame yesterday and shared posts and articles full of virtual vitriol aimed at Minnesota dentist Walter James Palmer, the man who traveled to Zimbabwe earlier this month and hunted a piece of big game, as you do. Predatory behavior is not aberrant in humanity—it’s the norm. But Palmer was unfortunate enough to snag a kill that was beloved in his community, a lion coveted by local Zimbabweans, named Cecil. He was 13 years old. Palmer set his sights on Cecil and shot the lion with a crossbow, and subsequently followed the glorious creature for another 40 hours before he felled Cecil with a shotgun. There are now calls to have Palmer extradited to Zimbabwe to stand trial for his catch. Crocodile tears. I’d play the viola for you if my spur claws could manage.

Palmer claims, “I hired several professional guides, and they secured all proper permits […] To my knowledge, everything about this trip was legal and properly handled and conducted. […] I had no idea that the lion I took was a known, local favorite, was collared and part of a study until the end of the hunt. I relied on the expertise of my local professional guides to ensure a legal hunt.” Far from this Rooster to give the benefit of the doubt to a white man who eats white meat, and I don’t begrudge the people that loved Cecil the Lion and want to see Palmer cooked on a spit. But I balk and stalk the ground for those who sympathize with an animal predator above my station while turning a blind eye to the poultry and cattle cars that freely roam the highways and the holocaust of my species. I am an aberration, a deviant, a liberated and free-thinking rooster with a voice and an intelligence that the chemically deformed origins of your McChicken and nuggets are robbed of every day. The hypocrisy of humanity’s outrage cycle rarely gets to me this bad—you’re usually too busy eating your own and defaming other people for reasons beyond my capacity of understanding.

What I do grasp is simple: lions and bears imprisoned in zoos are far worse off than poor Cecil, who died a relatively quick death at the hands of a overzealous dentist with too much time and money on his hands. But the concept of a hierarchy in the animal kingdom (an idea created by mankind that conveniently places them at the top) is absurd, insulting, and utterly arbitrary. How can you tell a rooster that his life is invalid and that the endless cycle of unimaginable suffering of factory farming is less appalling than the death of a pretty cat? I wasn’t given a name. I don’t care that lions are endangered—we have pictures. Videos too. We don’t need lions. You need us for our meat and our byproducts. Sure, a lot of you up in arms might be noble vegans without a trace of leather in your domicile. But the weeping masses shudder at the sight of a photogenic mammal, while all they can muster for sloppy pigs, cows, and quail are easy shrugs. I say, fuck the lion. It’s not any more majestic than a rooster like me, and he deserved to die. If he were so majestic, he wouldn’t have been killed in the first place. He could’ve run faster, and with a coat like that, let’s face it, he was asking for it. We roosters are afforded no such good will.