Forgive Me, Cecil Mourners, for I Have Sinned

When the animal revolution comes, it’s curtains for yours truly. 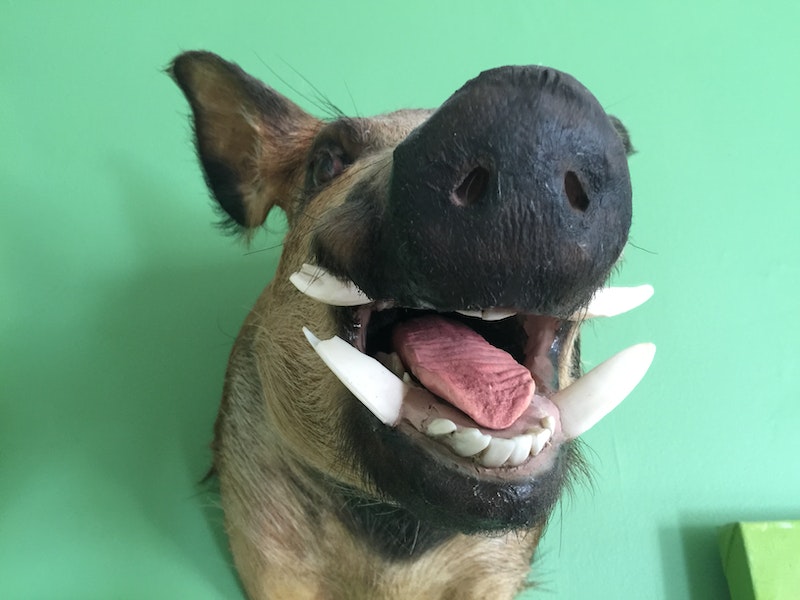 No doubt those in the vast St. Cecil community would say that I’m part of the problem. When the news of the lion’s demise exploded on social media earlier this week—burying reports of Hillary Clinton’s you-scratch-my-back-I’ll-scratch-yours footsie with UBS, desperate migrants from Calais trying to sneak into England, the Red Sox losing another game, and oh, routine homicides in cities like Chicago and Baltimore—I gave it about 30 seconds of my time. I had no idea that armchair animal activists would, between bites of a corned beef sandwich, get so agitated over a single king of the jungle. I was waiting for PETA to weigh in, but then scratched my head, wondering if that ugly organization was still in existence.

I like lions. Bert Lahr’s turn as the Cowardly Lion in The Wizard of Oz was marvelous, and as a boy I recall making a beeline for the lion cages (ahem) at the Bronx Zoo, where, if you were lucky, one would let out a roar, probably in protest over his deplorable accommodations. Those were in the days—the 1960s—before enlightenment beckoned and zookeepers allowed their charges a bit more running room. Of course, that message wasn’t received in Bangkok, where the zoo I visited in 1987 was a splatter of dung, high-voltage stench and half-dead animals. And, like many tourists in South Africa, I spent hours at a wildlife preserve, captivated particularly by the very friendly zebras.

Nevertheless, my felony in the Cecil World dates back seven or eight years ago, when, after exhausting my imagination for a centerpiece Christmas present for my younger son Booker, I did business with a hunter/taxidermist in Georgia. I’d found the fellow’s name on some now-forgotten website, and was surprised when he answered his own phone—a one-man operation—and gruffly asked what I wanted. Not the best customer relations, but soldier on I did, and after some give-and-take (his accent was pronounced, though I didn’t inquire whether a Confederate flag flew at his home), a deal was struck. He was going out on a shoot in a few days, he said, and could FedEx me a mounted head of a boar 10 days later. It was the holidays, so the fee was upped, but I didn’t blink when he drawled that it’d set me back $400. (My wife is complicit too: a couple of decades ago she gave me a mounted moose for a birthday or Christmas, and he hung nobly over a TV set in our Tribeca loft.)

As you might expect, the present was a big hit with my son, for what 12-year-old wouldn’t want a mounted boar’s head in his bedroom? Sure beat the “Draft Beer, Not Students” poster that I had at his age; not the sentiment, mind you, but it was dinky. Booker’s new decoration was dubbed “Boris,” because it was a boar, obviously, and I liked the tie-in to Boris & Natasha of Rocky and Bullwinkle fame. (Boris did sit on the floor for a few months, as I couldn’t figure out how to mount him; that was a job for my father-in-law Rudy when he visited Baltimore in the spring.)

I’ve got a hunch that Booker, now a wisecracking college student, is less enthusiastic about Boris these days—ethical issues and all that—but he’s a sport and the head remains, a prized possession (at least to me) in our household. I may be spilling too many beans here, for you never know if the Cecil Community will organize, a la Occupy Wall Street, and I’ll be indicted—maybe flogged!—for a cretin’s attitude towards all living creatures great and small. And then there’s my wife’s ritzy but extraordinarily tasteful mink coat to answer for. My one stay-out-jail card, as an attorney will point out to the jury if it comes to that, is that I don’t hunt. That has to count for something, even if I am, through chance, a first-world white guy.