The Language Fascinated Me, the Jargon, the Humor 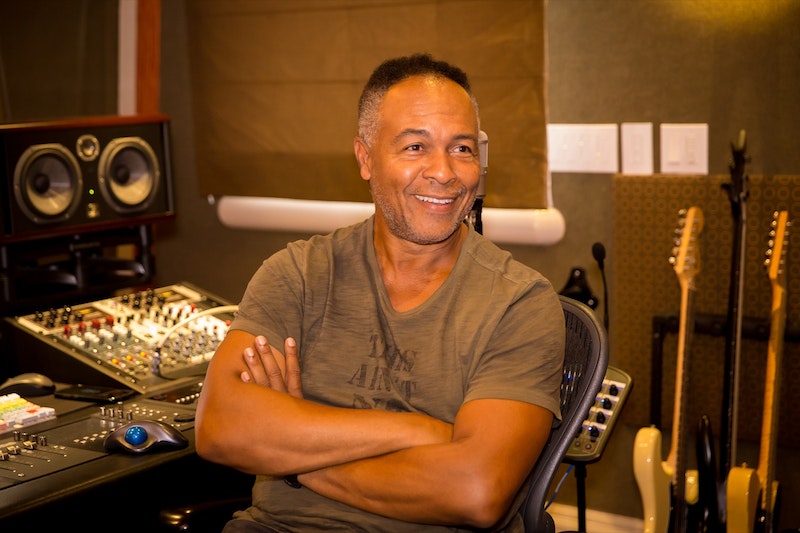 Ray Parker, Jr.: I could just do whatever I wanted to do. If you don’t feel like doing it, that means everybody’s salary goes down the tubes.

Don Winslow: But also, there is a quality-of-life issue here, and you know, money is not the only issue.

Parker: I don’t know why. I don’t even understand why it’s an issue.

Winslow: The only way to survive it is to dive into the wave, into its deepest part, and come out the other side.

Parker: Believe it or not, yes. I’ll never forget, a guy drove by and said, “Man, can you play that in my backyard for a party? I’ll give you fifteen dollars.”

Parker: Here’s the interesting thing. Nobody would know it’s you except us.

Winslow: I didn’t want to do like some bad nightclub comic and say, “I am going to try to mimic this guy’s unique style and voice,” and so as a matter of negotiating that, saying can I use some of my own style, my own voice and try to blend it?

Parker: My ex-girlfriend and her friends were Valley Girls from Tujunga. They said [exaggerates] “Ghostbusters!” in their native tongue. Then you got me and I sound like a ghetto kid from Detroit — “Who ya gonna call?” I’m talking like that, and they’re answering like they’re in another country.

Winslow: Oh, man. The language fascinated me, the jargon, the humor.

Parker: You have to be able to be open-minded enough to know that you don’t really know who you are.

Winslow: Oh, sure. It’s still sometimes hard for me to believe or even accept that I make my living at this and that I’m successful at it.

Parker: It was like mass hysteria. I was just… floating through a cloud, just on the ride.

Winslow: Who knows where that came from?