Catch Ezra Miller If You Can

As Dugin and Hinckley might agree, comics are now dirtier than comix. 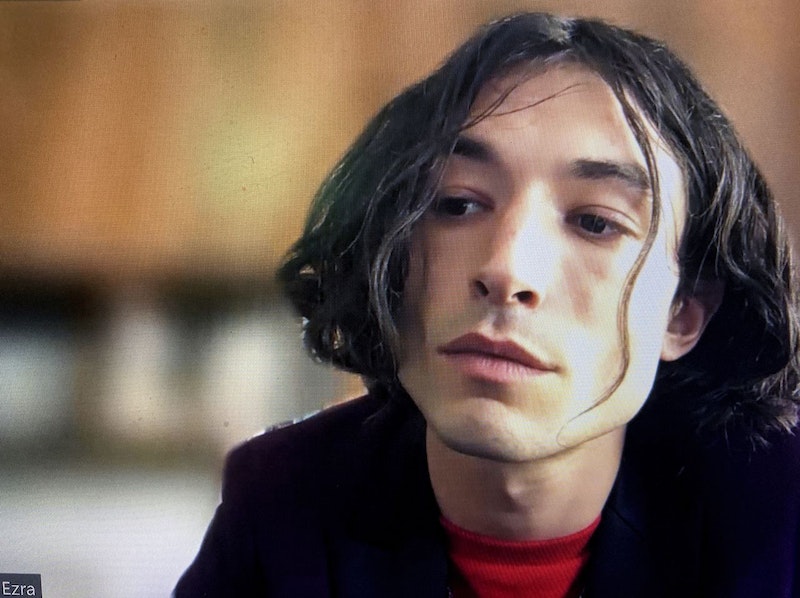 Brian Doherty’s new book Dirty Pictures does for underground “comix” of the 1960s and 70s what he did in previous books for the worlds of capitalism, gun control, the Ron Paul movement, and the Burning Man festival: describe a strange corner of the universe in enough detail and with enough sympathy that you feel as if you live there for the time it takes to read the book. And he’s just clinical and rational enough about it all to keep you from feeling dirty, even with goddam hippies on every page.

This book inadvertently provides one more piece of evidence that no matter how quickly you embrace yesterday’s filthy radicalism—in this case, cartoons and comics that dared to lampoon then-taboo subjects such as drugs, corrupt cops, women’s lib, war, and mental illness—the insanity and absurdity of the current “mainstream” will outpace you. Look at how weirdly left-wing and decadent things have gotten at the two biggest, ostensibly most aboveground publishers of comics (as opposed to offbeat “comix”), Marvel and DC.

I’ve met and/or befriended people from both the mainstream comics industry and the alternative comics world over the years—fulfilling childhood fantasies like dining with a small group that included X-Men writer Chris Claremont—and both the freaky Marvel mutant armies of the 1980s and joint-smoking independently-published hippies of the 1960s now seem quaint, or at least relaxingly informal, compared to the militant lockstep of the current institutionalized pseudo-counter-culture, including in the very left-liberal comics industry.

It’s analogous to what has transpired in movies and TV: There’s a grim inevitability now to, say, the choice of a new Doctor Who being determined less by casual plot dynamics than by the calculation that if the Doctor has finally been a Scotsman and a woman, it must be time to make him a gay black Rwandan (really). No, wait! Sorry, Human Relations Department and stone-faced school administrators! I meant to say: who but a Nazi could doubt Ncuti Gatwa was simply the best man for the job?

A weird side effect of mainstream media turning so heavy-handedly and methodically p.c. is that a far-right crank like Russia’s Aleksandr Dugin, simply by retaining the capacity for mental rebellion, an element of spontaneity and surprise, now sounds a little like those 1960s hippies and comix readers. At one hour and 20 minutes into this video (noted by John Presnall), Dugin explains (for about four minutes) that as much as he hates American/global liberalism, he loves American B-movies including stuff from Troma Studios, creators of the comedy superhero Toxic Avenger—even though grouchy Dugin also says it’s “trash” for “idiot.”

That is to say, it appears people from many different points on the political compass would like to find some way to fit into an orderly society while retaining a little anarchic unpredictability, but it turns out to be very difficult for most people to find a formula for doing that. Maybe figures like James Gunn, who started out doing wild schlock for the aforementioned Troma Studios and now does mega-budget Guardians of the Galaxy movies for mainstream Marvel, should give us hope. Then again, you know the stiff corporate types are looking at him with great wariness, fearing his gonzo sense of humor might one day lead him once more to exchange tweets with a pedophilic weirdo from the old Troma days.

Finding the right combo of publicly-palatable creativity and risk-taking chaos is tricky. But there are more vexing cases than Gunn. Take the guy who currently plays DC Comics’ the Flash on the big screen (not to be confused with the nice guy playing him on TV): non-binary, twitchy, and lately crime-spree-prone Ezra Miller.

Future audiences may be confused about whether the movie Catch Me If You Can was prophetic or whether it was about Miller. That film depicted a con man on the run using the alias “Barry Allen,” which is the Flash’s secret identity in the comics. Now Miller, who plays lightning-fast Barry Allen/Flash in full-fledged superhero movies, is on the run from lawyers and angry parents after he apparently had sex with the underage offspring of two different families, reportedly wearing body armor and brandishing a gun in cult-leader-like fashion when challenged about such behavior. I suppose it’s fitting a person playing a time traveler has been with people who are the wrong age.

There’s a multi-layered, almost metafictional irony to the Flash/Miller situation, like something out of Philip K. Dick novels or the TV series Archive 81, and Miller realizes that. Knowing that Flash stories, including the movie in which Miller is still slated to appear next year, often involve variant timelines or doppelgangers, Miller has even taken to mocking the authorities by posting messages online such as “you cannot touch me/i am in another universe.” It would be cute if he hadn’t committed some real-life assault and home invasion.

In a footnote to it all, my favorite comic book writer, Grant Morrison (writer of an early draft of the Flash movie and of late a self-proclaimed non-binary person who, like Miller, now wants to be called “they”) is getting some flack merely for saying politely that Miller seemed nice in the past and all these crime accusations come as a big shock.

Maybe so, but again—as with the wildest hippies or most progressive companies—maybe there’s a limit to how much weirdness you can cultivate before things go off the rails. Conservatism isn’t complete nonsense. Or if it is, there’s always moderation. A mellow music festival and some pot, yes, fleeing across the country with a teenage girl and cops in pursuit, no? I’m just saying that might be one formula for maintaining some spontaneity without anyone getting hurt.

Speaking of people getting hurt when things go off the rails, it appears two actors in another comic book adaptation, the dark Second Coming tale Chosen One, were killed in a van accident in the desert. The comic on which it’s based, American Jesus, was written by Morrison’s fellow Scot and estranged former protégé Mark Millar (no relation to Ezra Miller), so Morrison will have to resist the temptation to write a parodic comic scene in which it’s implied this accident was one of the Satanic sacrifices Millar has used to find more success in Hollywood than his brilliant mentor.

The comics-related deaths that pain me most this year, though, are those of hugely influential artists Neal Adams (most closely associated in comics with Batman and most closely associated in non-comics life with promoting the fringe theory that the Earth is gradually expanding—not the whole universe, mind you, but the Earth itself) and George Perez, my favorite comics artist when I was a kid and a man whose depictions of both Marvel and DC’s multiverses will likely be an influence on whatever version of the Ezra Miller movie makes it to theaters a year from now.

The artistic choice this season that most makes me worry it will cause violence, though, is neither radical hippie history-recounting nor trendy corporate Ezra-Miller-casting but the strange, almost CIA-psy-op-like timing of the new Thor movie (from Marvel). In one of the ads, Thor’s alien buddy Korg (voice by polyamorous pervert Taika Waititi) sees the character Jane Foster (played by Natalie Portman) and mistakenly asks Thor, “Isn’t that your ex-girlfriend, Jodie Foster?”

And the same day the movie comes out, July 8, John Hinckley Jr.—the attempted assassin who was notoriously obsessed with actress Jodie Foster—will be doing a small comeback musical performance at the Market Hotel in Brooklyn, newly released from psychiatric supervision. Is Marvel’s god of thunder trying to provoke the poor mental patient? Is this a test or something?

Of course, a Banksy exhibit full of Molotov cocktail imagery and left-anarchist provocations is taking place a borough away in Manhattan, so the vibrational membrane between the dangerous and the mundane grows ever thinner, as if a crisis is at hand.