Green is how we live now. 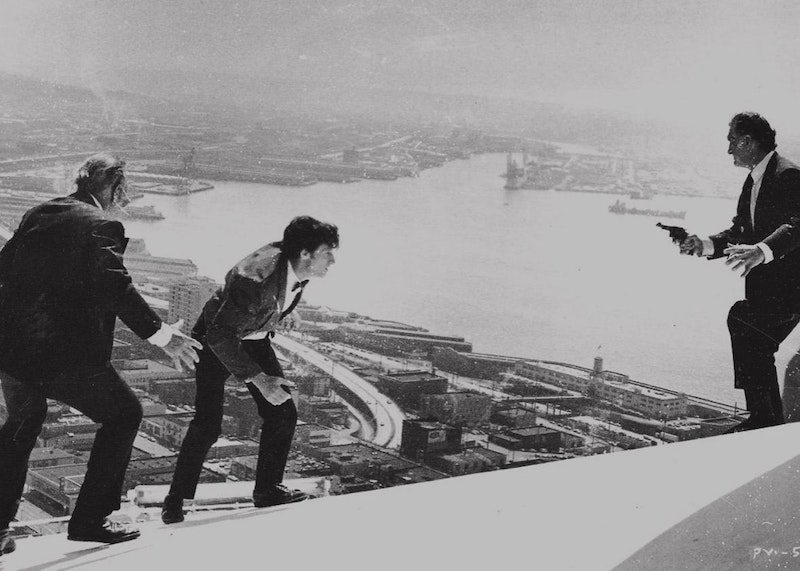 Green is the darkest color. All other colors fade in this ossuary of efficiency. A multi-level stack of bones, with a spine of linear lights and a sternum of electronic ballast, green is an indefinite brownout of ennui. Green’s the state of our existence, as we continue to live in a 1970s film of false prophets and failed politicians.

Green’s a smokescreen of vapor from a plastic mouthpiece with flashing lights. Green’s a full charge on a miniature traffic light, signaling a reporter to proceed—to sail upstream—on a waterway of hybrid exhaust in a parking garage for electric cars. Green’s the sign of progress.

Green’s the color of night vision. Green’s the night watchman of the surveillance state, able to track us and eager (with or without a judge’s permission) to eavesdrop on us.

Green is how we live now.

We live in fear of the apocalypse, absent the visuals of Apocalypse Now: of soldiers strafing the air with tracer fire and helicopters spraying the sky with Agent Orange.

We watch the living room war, mindful of the fact that more Americans have died from COVID-19 than all Americans killed in the first dozen years of the Vietnam War. We watch videos of a presidential candidate in his basement. We watch him campaign not from his front porch but before the green light—the tally light—of a television camera, where he speaks with the cadence of a hostage and the confusion of a nursing home patient.

We watch demonstrations of the observer effect of quantum theory, as unmanned aerial vehicles change their flight patterns to match the patterns of human behavior. We watch everything, including empty churches, as we speak to inanimate objects named Alexa and confess our sins to computerized priests.

We watch the world through the lens of The Parallax View in which every amateur’s an authority and every authority’s an absolutist about something. We watch conspiracy theorists opine about red flags and false flags. We watch paranoiacs deny the obvious and declaim the ridiculous.

We watch to amuse ourselves, adoring the technologies that undo our capacities to think. We watch to believe we are thinkers, clicking our approval without contemplating what we like. We watch to see our likes increase, regardless of the content we post or the character of the person who uses 280 characters to communicate.

Our 1970s film proves that art intimates what life imitates: that the future arrives ahead of schedule; that the words of a fictional character are a warning from 1973 about 2022; that the message, in 2020, is as clear as the print on the last page of the script; that “Soylent Green is people!”