76 people died because the FBI and ATF didn't want to look weak. 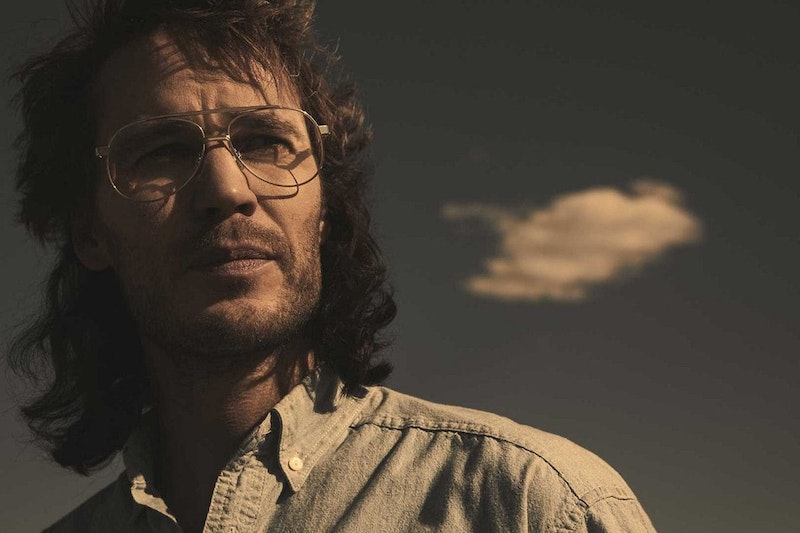 At one time, law-and-order conservatives respected the FBI. Things have flipped now. The agency's suddenly a dark, conspiratorial cog in the Deep State apparatus, so Waco, the six-part mini-series now on Netflix, will be of particular interest to Republicans seeking confirmation bias. The series portrays the FBI as equal parts power-hungry, bloodthirsty, and bumbling. And two of the three main FBI characters approach caricature.

As for the Democrats who've become recent champions of The Bureau, they might take a look at Waco to refresh their memories of the organization that they used to think was an instrument of oppression in the pre-Trump era. There isn't much "Fidelity, Bravery, Integrity" on display in this story.

Episode one gives viewers a preview with its depiction of the infamous Ruby Ridge incident in rural Idaho in which ATF and FBI agents ended up killing the wife and 14-year-old son of former Green Beret Randy Weaver, who hadn't shown up for his trial on a gun charge. Weaver would eventually receive a $3,100,000 settlement from the federal government.

The Ruby Ridge segment introduces FBI negotiator Gary Noesner (Michael Shannon), who was at Waco the following year to negotiate, during a 51-day standoff in 1993 between the ATF/FBI team and the Branch Davidians, a Christian cult led by David Koresh (Taylor Kitsch). Koresh had convinced himself and his followers that he was the Lamb of God. Kitsch and Shannon, both portrayed sympathetically, are the twin anchors of the mini-series; Kitsch, however, is the star. He turns in a remarkable, nuanced portrayal of a charismatic control freak with a human side. Shannon's stoic, workmanlike performance plays off against Kitsch's flashier acting, but doesn't quite match up to his energy. Kitsch is able to show Koresh's human side. He intimidates as well as the next cult leader, but viewers can see his vulnerability when he knows his flock’s in danger. That's an angle that the media narrative in 1993 didn’t pursue. Federal agents certainly didn’t treat the Branch Davidians as human beings.

The two most controversial aspects of this drama, created by brothers Drew Dowdle and John Erick Dowdle, are the generous treatment of Koresh, who ordered all the other men in his Branch Davidian sect into celibacy while taking on "the burden of sex" with their wives (the only funny line in the entire series), and the unsparing depiction of federal law enforcement agents whose priority was making sure they didn't look bad rather than saving the lives of women and children. The brothers, who based their story on a book by one of the few Branch Davidians who survived and Gary Noesner's book, flipped the standard media narrative (child-abuse-fighting lawmen versus child-abusing cultists) upside down, which lends the series a fresh perspective. This reversal's going to annoy many viewers, but they need to keep in mind that 76 Branch Davidians, including Koresh, died horrible deaths (20 of them children) after federal authorities decided to tear gas the compound after a surrender had already been negotiated. The incendiary gas caught on fire, and the entire compound went up in flames. The FBI had taken no precautions to put out a possible fire. It's not hard to figure out who the bad guys were, even though the federal government, in order to escape accountability, would later determine that the deaths were a result of mass suicide.

It's surprising that it took so long to put the Waco story on the screen. With its guns, violence, religious fanaticism, polygamy, and militarized law enforcement, it captures a wide swath of the darker aspects of American culture in the 1990s. Ruby Ridge, followed by Waco, would provide the impetus for Timothy McVeigh to carry out the bombing of a federal office building in Oklahoma City in 1995 (exactly two years after the Waco disaster) that killed 168 people, including 19 children, and left hundreds more with serious injuries. McVeigh traveled to Waco in the midst of the siege to observe, from a hill three miles from the Branch Davidian compound, what he believed was part of a concerted effort by federal law enforcement to disarm Americans.

Some of the acting in Waco is uneven. Rory Culkin, the newest Branch Davidian recruit, has a perpetual deer-in-the-headlights expression that offers little to flesh out this character. John Leguizamo, playing an earnest ATF infiltrator of the compound who becomes sympathetic with the true believers, is stripped of his usual cocky persona, resulting in a rare flat performance for the actor. He was miscast.

The Dowdle brothers were obviously determined to set the record straight on a story the media covered from only one perspective. A rampant misconception in American culture is that it's a tragedy only when the authorities kill people we understand or can relate to. The media portrayed the Branch Davidians as a cult of child abusers, an allegation that helped excuse the government's actions but which has not been proven. That made it easier for the public to feel less empathy for them. But in Waco, they don't seem that much different from anyone's neighbors. Assume, for the sake of argument, that Koresh was having sex with 14-year-old girls, as the authorities suspected. Janet Reno, the Clinton administration's attorney general at the time, gave that as a justification for the tear gas attack. Was it worth killing 20 children to stop that? Reno didn't lose her job for overseeing the worst day in American law enforcement.

The federal authorities rolled in tanks to crush the Davidians' cars and used military-style psyops involving deafening music against children. But somehow the local sheriff, who didn't even carry a gun, had always been able to deal with them by just talking. The federal government never opts to just talk to citizens. Gary Noesner warned his boss: "You cannot remove these people by force. The more you push them the more they think it is a test of their faith." His boss took him off the case because he wanted a show of force, and the carnage soon followed.

There are a number of lessons Waco teaches us. One is that Koresh’s anti-authority separatism may have been an early hint of the heartland disillusionment that would eventually culminate in Donald Trump's presidency. One lesson the nation didn't learn is that law enforcement screaming and swearing at people to comply with their commands immediately while preparing to shoot them if they don't isn't an acceptable way to exercise power.