The Gibbs of Gab 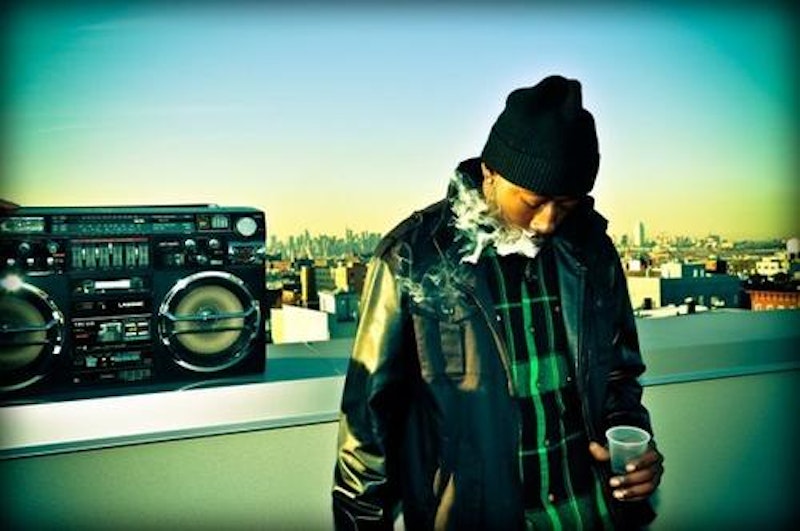 (Seriously. Google “interview” and “Freddie Gibbs.” No matter how famous you may someday become, you will never be interviewed as much as Gibbs has been in the last three years.)

Freddie Gibbs is a gangster rapper who will talk at great length about rap, sports, and how he still has one foot in street life because this rap stardom shit is far from promised. He talks the way he raps, sort of: a casual, knowing jive, laconically confident but never entirely cocky or menacing. There’s a key difference, though; in interviews, Freddie Gibbs will openly talk smack about anyone. He will name names. He will apply adjectives pointedly, mercilessly.

(In a recent Complex interview, he had this to say about the likes of Big Sean and Wale: “That shit is just like if you had a box in here of shit you didn’t want, it was just miscellaneous shit, that’s where you’d throw them niggas. It’s a box of lost and found shit.” He’s kind of like the Stephen Malkmus of hip-hop in this regard, except that Malkmus does way less press.)

He’ll say what’s on his mind with absolutely no fear or hesitation whatsoever, a characteristic that scans as foolish but is really probably a sort of automatic-gear forthrightness. (The Tupac Shakur comparisons aren’t entirely artistic in nature.) When I spoke to Gibbs last fall, I liked him. In conversation, he had no ego, seemed genuinely appreciative of the success he’d garnered up to that point, and wasn’t in any rush to hustle me off the line; he didn’t dodge questions, and he didn’t talk much shit because I didn’t pose the sorts of provocative zingers rap blogs rely upon to generate hits; talking to him was like sharing a vaguely complicated yet warm Revolutionary Drug Brothers handshake with somebody you don’t really know.

Which is admirable, sure, but when the California MC breezily fields questions about the delays plaguing long-awaited releases like Baby-Faced Killer, one wonders how much of the hold-up is attributable to music-industry bullshit and how much of that is Gibbs eagerly granting interviews to all comers. Notions of openness and “realness” define Gibbs’ persona, but in our live-feed, iPhone-at-the-ready society, it’s easy to forget how powerful a tonic mystique can be. Mystique allows the public to absorb a limited amount of information about a celebrity and, through the power of imagination, fashion a composite persona that fails to conform to reality. Reality, of course, is a relative concept, but there’s something to be said for putting one’s publicist on a leash, blacking out the windows in the studio where you’re working, holing up in a vocal booth, and allowing your artistry to speak for itself. So many of us profess to prefer the what-you-see-is-what-you-get aesthetic; that’s a double-edged sword, one that leaves me admiring Gibbs’ virtuosity without being drawn deep enough into his world that I feel compelled to trainspot for him. It’s as though I know him too well, like there’s not too much about him for me to learn. And it’s not like he’ll be going in for much hardcore gangster shit anytime soon. When would he find the time for that with all the interviews he’s got lined up?