Don't Ever Stop the Party

An interview with Gregory Alexander, promoter of the Club Called Rhonda tour. 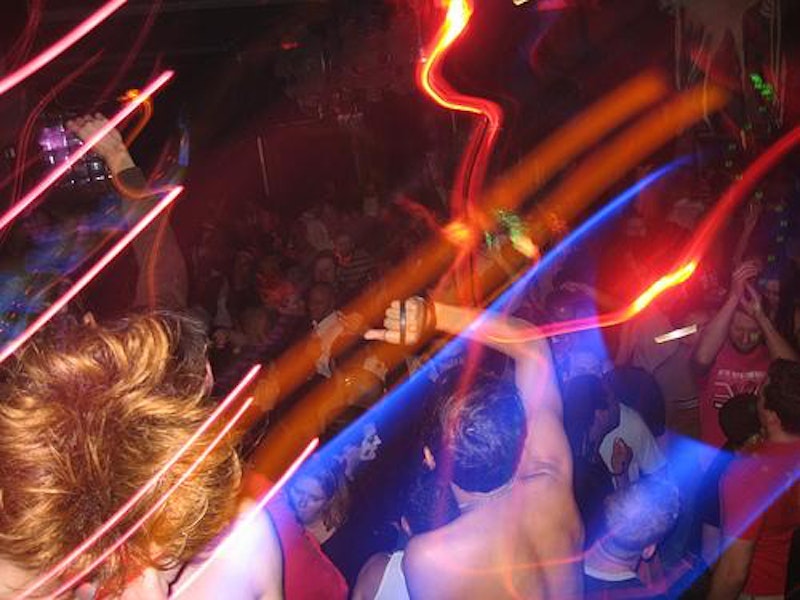 Some parties are so good they make you lose your fucking mind. It’s like everything you thought you knew before you got there gets tossed in the air with a big, woozy question mark around it. The hottest party in Los Angeles, the self-referentially named A Club Called Rhonda, is just one of those mind-losing spaces—a real hedonists’ den where you can be as saucy as you want to, just as long as you look fabulous while you’re working at it. Nominated by Paper magazine as one of “America’s Best Parties,” Rhonda is like a history lesson in all the amazingly raunchy parties in American party history. Recall Limelight, Paradise Garage, Disco 2000, Studio 54, David Mancuso’s Loft parties, Max’s Kansas City—or the rent parties of early 20th century Harlem, If you really want to take it back.

Last month, Rhonda worked her fabulous stilettos all across America, bringing her shenanigans to Chicago, Miami, San Francisco, and New York for a weeklong party tour. I caught up with Rhonda via promoter Gregory Alexander when the bitch touched down in New York.

SPLICE TODAY: The thing that makes your party so unique is that you named it after a person, little Miss Rhonda. She shows up on all the posters. Who the hell is this bitch?

ST: I hate the idea that gays and straights need to party in separate places. Isn’t it better when everybody is all mixed up—and fucked up? I mean, what are the straights (or the gays?) so afraid of?

GA: It was hard to get that started because it’s not something that happens in most cities, you know? The thing that makes it a really fun party is that you’ll see some dude in a t-shirt and shorts or something who loves house music, but then you’ll see some crazy tranny who is like naked with a wig on, dancing on stage. And the fact that there’s never been violence—it makes me feel like we all can get together.

GA: Rhonda the person, she’s this playgirl from all time basically. She’s, like, had her hand in every dance moment in history, whether it’s sleeping with somebody who made the dance hit of 1980, or whether it’s coaching the future promoter of whatever party. She was at Paradise Garage, Studio 54 and Fabric in London. She was at everything. I don’t know. She’s definitely a goddess to us, she’s someone you wish you could be, she’s something to look up to.

ST: How long have you been hosting Rhonda? Tell me how it all came about.

GA: House music wasn’t being played in a proper venue in Los Angeles. It was either played in a huge club—something like Avalon—and it would cost maybe like $25 just to get in. I would never go even though I wanted to see those people spin… [Loud sirens passing by]…they’re coming for us. Yeah, um, I would never go to those venues because I didn’t want to drive and pay $10 for parking and then $25 to get into the space, and then another $25 just for one drink, just to be in a setting that was so arena-ish. And the people that would pay to do that, I didn’t really want to hang out with them. If I dressed crazy it was like I would get shade, you know? Or I have to watch my back. So we wanted a safe space that would let everybody do what they wanted.

The original venue that we had it at was a Guatemalan coke club, basically. Like anything flew—people would get hand jobs on the dance floor, or you could do coke in the bathroom. The owner would pay all these hookers to walk around in bathing suits and so people thought that’s what the party was going to be like, but we were like, “Uh, why are these hookers walking around in bathing suits?” [Laughs]. It definitely set the bar for what the party was going to be like. It was intimate and grimy and sweaty and there was hardly any lighting, it was cool.

ST: No shit! That sounds like some kind of party.

GA: Well, now we’re at a point where we know exactly where to take it because we know how to bring that specific feeling and workmanship. It’s a well-oiled machine.

ST: It’s so interesting to hear you talk about Rhonda along with other famously raunchy parties like Paradise Garage.

GA: It’s about taking the craziest moments in American party history and bringing it in to now. And there is a party history: it’s not just something that’s happening now. People have partied all their lives. That’s why we hit on to Greek culture as well, because these people have created entire religions or a goddess or a god based around wine, based around partying, based around music or dancing. So it’s like why do we not have that now? Why is there not a religion based around that? With Rhonda we didn’t just create an identity, we created an entire person, a deity, around it.

ST: Well I am definitely down for a party-based religion.

GA: Totally. I mean, I don’t think we’re the first to do that.

ST: Did you always want to be a promoter?

GA: I didn’t, no. I went to college and I got a degree in communications and event planning. I started off throwing film festivals in college and stuff.

ST: What’s the craziest thing that’s happened at a party?

GA: We used to throw parties in lofts we lived in, and we got kicked out because somebody destroyed the entire lobby of the loft building.

GA: Yeah, it was really intense. So we’ve always been talented at throwing parties I guess [Laughs].

ST: You know, one of the things I love about the Rhonda party are all the fashion freaks. There were tons of “normal” people, hot boys and girls. But there were trannies; I saw who knows how many boys in high heels; a boy in a wedding dress with a basketball jersey on top and a turban on his head. What’s your favorite Rhonda outfit?

GA: My one that I wore at Rhonda-vous, which was the biggest party we did, I had a very fascist General look—and I say “general” in the military context. I was wearing a vintage army general coat that went just below my crotch, no pants, Yves Saint Laurent high heels, and a hat that had the Rhonda symbol on it as the logo; where there would be a Swastika we took it off and put a Rhonda symbol. This party was a new kind of party—Rhonda as a dictator, leading a legion of party people. For that one it coordinated really well with the party. But I’ve worn crazier things, too. I’m really into male lingerie… so I have this one thing that’s like a sheer body suit with a tank top that has lines on it that make your body look more buff than it is. And then it goes off into a jock strap in the back, and it snaps off.

GA: [Laughs]. Yeah! That piece is insane too. I don’t know, I’m not trying to go completely over the top, not go completely drag, not just go completely club kid, you know? I like to take it all the way there and then rein it a little bit back. I’m not a drag queen—I’m just a boy in some high heels.