The Boys of Late Summer 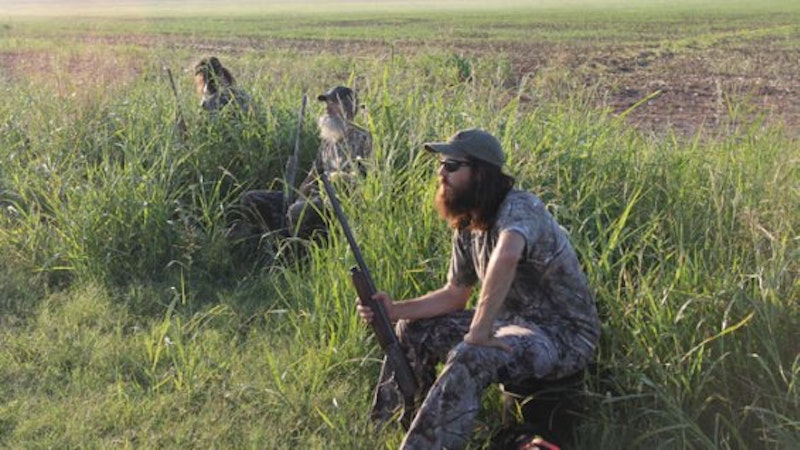 Sorry, music: I still love you and loathe you in almost equal measure, but you're taking a backseat to television this week. Why? Because the conjoined, bungee-sprung conspiring of pixels are more inspiring than anything I've heard recently and because my eardrums are just throbbing, like they're mad at me.

Duck Dynasty: My brother-in-law swears by Duck Dynasty. My wife thinks it's a waste of time, and asked the other day if I enjoy it. I wasn't sure what to say then, and I'm no surer now. The upshot is that the whole thing occasioned some existential contemplation in me, and left me wondering if maybe Duck Dynasty is one of those inexplicably un-weighable social phenomena—something that exists in the public sphere not as a scourge or a leading light, but rather something that simply is, without actually meaning much of anything. But: do I like the show? I don't know that I mind it, and when it's on I will turn my eyes up from whatever novel or magazine is at hand to consider the light comedy of bearded dudes in camo goofing off when they're supposed to be building or shipping duck calls. But if I pay attention for anything longer than five minutes at a stretch I feel like I'm wasting my time, and if Duck Dynasty suddenly and mysteriously ceased to exist, my life wouldn't be diminished in any appreciable way. It's like the Tootsie Roll of modern reality television.

The Little League World Series: I haven't been able to care about professional baseball since my mother-in-law passed away, yet I can't get enough of the Little League World Series for some damn reason, and not just because it's happening 30 miles away from where I live, in a city that's only ever in the headlines because a) it's the home of the Little League World Series and b) people are constantly getting shot there. I don't know why. The broadcasters’ condescending attempts to play to a perceived audience that's roughly the age of the players? The players' transparent attempts to emulate their MLB idols' swagger? The taut faces and blazing eyes of family members watching from the stands? The dickhead coaches who all look like Russell Crowe in Gladiator after he's wrestled a large bear? The losers' inevitable tears? Crazed fans screaming the same depraved indecipherable shit over and over again? At this point we're past the lopsided sweeps and into the stretch where whole innings can pass without anyone even getting on base: hard places colliding with immovable objects. Yet the sportsmanship remains genuine, the only performance-enhancing substance these tweens are abusing is Big League Chew, and for a couple days it's possible to pretend that you're watching the sports superstars of tomorrow, even though that's just a fleeting pipedream for the parents who mortgaged their futures to be there. You watch the awe and disbelief on the faces of these kids when they hit a homer or make a sick double play, and you can almost believe in anything.

Cutlery Corner: Have you ever watched the Home Shopping Network? Yes? No, imagine a Home Shopping Network devoted to nothing but knives—pocket knives, hunting knives, Rambo knives, "zombie apocalypse knives," knives so artfully and beautifully crafted that they belong in a museum—hosted by a dude with a thick Southern accent and a thicker mustache. This is Cutlery Corner in a nutshell, and it is mesmerizing to behold, the arsenals of metal and plastic and hand-carved wood rotating slowly on a small platform, the lame amateur camerawork, the sense that as a viewer you are in fact only getting a mere glimpse at the vast, depthless constellation of knife-collection geekdom. Regular people watch and probably buy, but Cutlery Corner is really a program for knife dealers—the industry lifers who will actually put up the cash for a 100-piece set of identical penknives at $5.92 per and coming out ahead, at a savings, prior to whatever astronomical shipping cost there is to order the things without batting an eye. Those people are spending their time wisely. The rest of us are probably idiots.