The idea that everyone is weak doesn't get a look in. 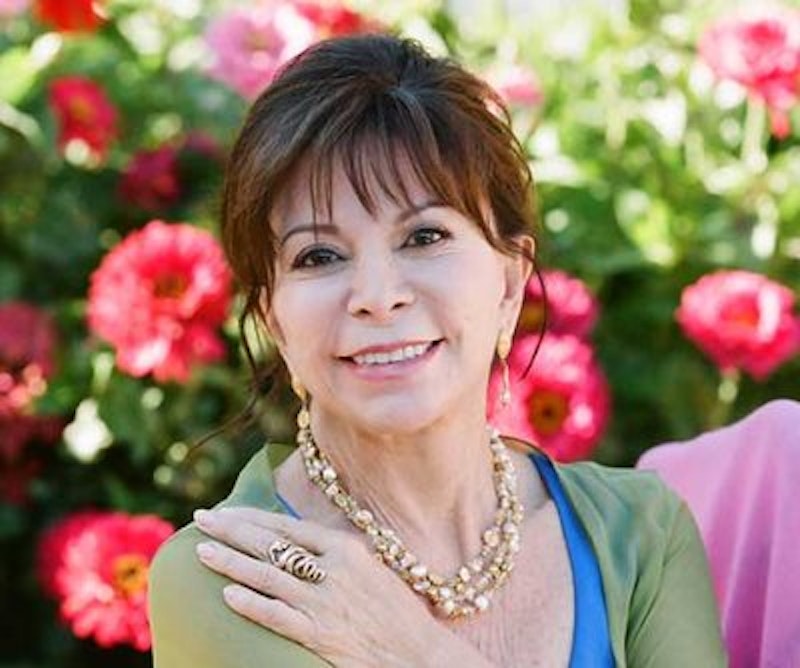 The novelist Isabel Allende said something dumb at a public appearance. A girl in the audience said Allende's books had a lot of strong women, and had some particular person influenced Allende to write about such strong women? Allende's answer: “Do you know any weak women?” As if you were meant to say no, of course not.

Try inserting “Americans” or “Catholics” in Allende's sentence. It becomes absurd. Everyone knows there are weak Americans, or weak whoever. Try putting in victim groups: no weak homosexuals, no weak people of color. Now there's a bit of a ring, similar to the one produced by “no weak women.” After all, when the odds are stacked against you, getting through the day can be heroic. But that puts a lot of weight on “can be.” Because, despite the odds stacking, I know weak and strong blacks, weak and strong gays, and so on.

Allende's proposition, that there's no such thing as a weak woman, is the kind of statement that's meant to float free of daily experience. The sentence exists as a kind of trophy handed to women in society's semantic sweepstakes. Their position is being honored; they can command this much stupidity piled in place, there for caps to be doffed.

“Needless to say,” The Million's Elizabeth L. Silver reports of the Allende zinger, “a resounding uproar of applause emerged from the previously unobtrusive audience.” I bet. Needless to say, Silver's article sees nothing silly at all about Allende's claim. The piece celebrates the idea that the only “weak women” in literature are ingénues, specimens of an outdated literary convention now being scraped away. The article hopes that when the scraping is done, real-life women will catch up with their “strong” fictional counterparts: “If the ingénue, which may be dying in literary fiction, begins to fade in all genres of contemporary literature, if we accept the evolution of the young female protagonist in literature, we may stop expecting women off the page to play that stock role, as well.”

There are all these strong women that we allegedly know, but somehow they can't get around to acting strong because we expect the wrong things of them. These false expectations will be corrected by insertion of “strong” female characters in books and entertainment. Then women will get to be strong.

That seems to be the reasoning. The idea that everyone is weak, or has their weak side or weak moments, doesn't get a look in.

The following dispatch was taken from the web site Politicker: “But the antics continued when Mr. Weiner was approached by a man wearing a small white fedora who said he was homeless, and asked: 'When you become mayor, will you still be on the Internet showing yourself?'

Abandon the search for a generational fault line. (“Generation Selfie? Forget It!” June 22). The conceit served us well 50 and 80 and a hundred years back. But today it's over. A process has been completed; the ruptures this process caused are no more. Maybe soon there will be others, but don't expect them to fall along the lines of old.

The rising, rebellious generation and the embattled elder generation are two things of the past, partners in a dance that history has called off. The next lifestyle divide will be between the super-haves and everyone else. Biotechnology and nanotechnology breakthroughs place us mere decades from a new SymbientWave ©cyborg-level breed of humanity. Flight, blockbuster physical strength, top-range mental performance, century-spanning life expectancy—all will become possible to those who compiled large enough bank books under the pre-Wave order (society as we know it today).

Of these people, the old will be as eager to avoid death as the young are eager to taste freedom. Both will make the jump.