The Baltimore of the Baltic 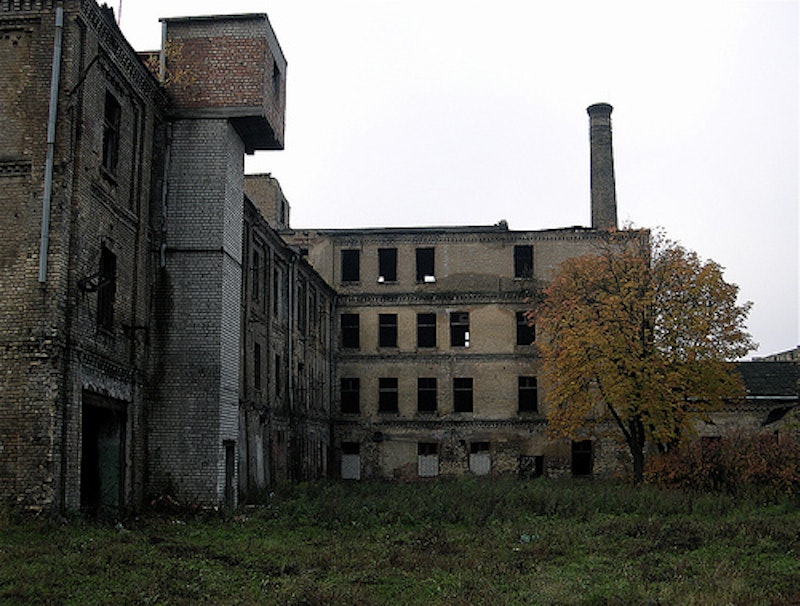 I was neither born nor raised in Paris. Rome cannot rightly count me a native son. I have no childhood memories of sunny afternoons spent frolicking amongst the Champs-Élysées, never walked out my front porch into Piccadilly Circus, nor enjoyed a stroll through Central Park without knowing I'd be leaving New York within days. I grew up in the port of Baltimore, a place with all of the vices of a major American city but sadly few of the virtues. A pair of years in D.C. went some way towards establishing in my mind the pleasures of living in a top-rated polis, but Washington is not a world class city, as legions of its transplanted inhabitants, spewing venom on their adopted conurbation, are only too happy to tell you. Even were the charms of the Mall enough to make one forget the rest of the burg's relative lack of culture, the startling incompetence of the city government (only mildly improved from its nadir under a crack addict) and the fact that 75 percent of the population suffers from a rate of crime comparable to a third world slum makes it difficult to trumpet the merits of our nation's capital.

But regardless of one's affection (or lack thereof) for their place of origin, the climates and customs of our youth form an inextricable part of our character. We do not spring to life fully formed. One appreciates the beauty of St. Peter's Cathedral, the pleasant clockwork optimization of Scandinavia-one might even admit, in the abstract, certain superiorities to one's native land. But home is not something you choose, and as a whole I people think people tend to prefer accustomed faults to foreign merits.

Riga is often called the heart of the Baltic, but as the entire populations of Estonia, Latvia and Lithuania would together total less than the population of Maryland, it bears mentioning that, were the metropolis somehow transferred to some other location, it would correspond to a less critical organ-not the appendix, but perhaps the spleen, useful though not vital. Which is not to suggest that Riga is entirely bereft of sights and pleasures, even for a casual tourist. A lovely Old Town, cobblestone streets and red brick churches, stretches out from the Daugava River. Its New Town, by American standards an inapt moniker for a neighborhood built in the 11th century, contains some of the foremost examples of Art Noveau architecture in the world. I only vaguely understand what that means, but can attest to it providing pleasant enough scenery for a slow walk on a sunny day.

But truth be told, none of these are what appeals to me about Riga. Indeed, what I find most compelling about the city are those qualities which remind me of home, qualities which, I imagine, would not be the first highlighted by the municipality's tourist board.

Particularly in contrast to the ruthless cleanliness of Denmark and Sweden, Riga is dirty, especially outside the city center. As the gothic facades give way to soviet-era tenements one can almost imagine Baltimore, grizzled old men drinking the local equivalent of Mad Dog 20.20 on worn benches. The population are not what one would describe as compulsively friendly: they aren't mugging tourists on major thoroughfares but neither are they exactly leaping at the opportunity to direct lost pilgrims to the nearest museum. The old women operate with a certain devil-may-care brusqueness, elbowing their way to precedence in queues, presumably learned behavior left over from spending a great deal of time in bread lines. Walking to the city center from my host's apartment, half-forgotten survival instincts kick in, a formerly well-honed skill set which had begun to wither amidst the placid confines of Northern Europe.

Despite that, or perhaps because of it, Riga has a certain vitality that I found lacking in the earlier legs of my travels. Street toughs laze about the city's many parks, holding Russian cigarettes in their clipped-copper smiles. In contrast to the embarrassingly slipshod street art of Scandinavia, which tended to leave one with the impression of children scribbling on their playroom walls, the graffiti here is top-notch-detailed murals, elaborate tags and legitimately humorous legends (scrawled in perfect jet black Verdana on the walkway leading up to the city's main bridge reads "Satan is a Vegan"). In short, what it lacks in grace it makes up for in character, a character I find reminiscent of Bawlmor's gritty vigor, in particular.

Someone once labeled Russia a third-world country with nukes; what does that make the U.S. exactly? If we don't quite share the Reds' predilection for bureaucratic corruption and human trafficking, our rates of violent crime, infant morality and energy consumption are so radically in excess of our European and East Asian equivalents as to seem the excretions of a qualitatively different type of state. A state like, for example, Latvia, or at least a city like Riga. Having grown up under the impression that Eastern Europe was an impoverished wasteland, it's astonishing to arrive here and discover the degree to which my earlier hypothesis was true, and moreover, how familiar its depravity, dirt, and disorder seem after living in the U.S.

Which is not to suggest that I would want this chaos to be tamed, either here in Latvia or back home. Beyond fidelity to the motherland, I think an appreciation that one's surroundings have not been child-proofed is necessary for the full development of a society's faculties. Perhaps having left the wilderness behind, we need some remnant of it to remind us of our bestial nature. Emerson once wrote, "The end of the human race will be that it will ultimately die of civilization." Had he visited Riga, or Baltimore Riga for that matter, he would have been able to set to rest his fears on that account.

Sitting on a bench beneath the Freedom Monument, a towering edifice built in honor of Latvian unity that somehow survived the Soviet occupation, I was approached by an elderly man with the worn clothing and sour odor that identified him as homeless. He took a seat beside me uninvited and, in Pidgin English, asked how I found Riga. I told him I thought the city quite fine. He stared at me for a moment, cold, watery eyes beneath Stalinesque eyebrows, than spat a thick wad of phlegm onto the manicured lawn behind us. "Latvia is shit!" he said eloquently. I smiled and shrugged, feeling very much at home.