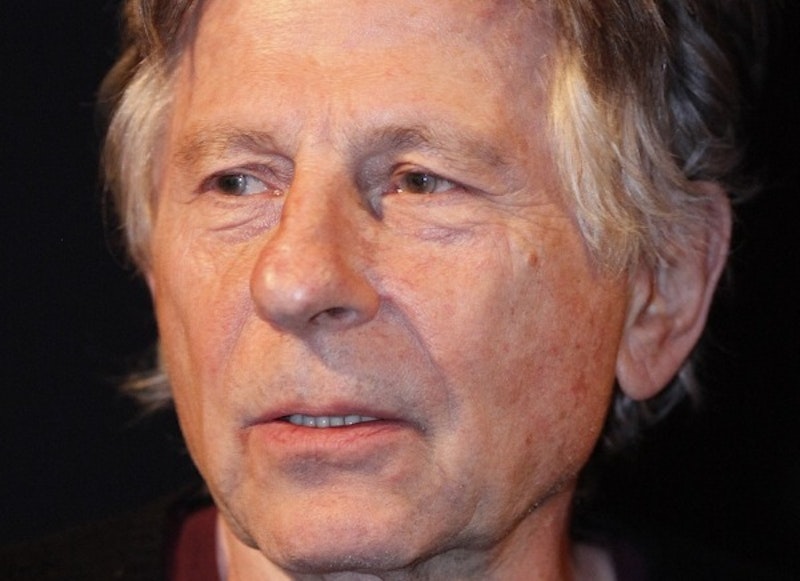 The summer of Michael Jackson's death and Phil Spector's sentencing closes with another media-enabled moral quagmire that trumps them all for sheer filth: Roman Polanski, en route to a lavish retrospective of his films in Switzerland, was detained in regard to the 1977 sexual assault case that caused him to flee America permanently.

The public responses to these three cases illuminate just how twisted our conception of celebrity is, both in America and abroad. Of the three, Polanski can claim the least artistic vision and influence, as well as the most heinous crime. And yet it's astounding to see how quickly his colleagues, friends, and many unsolicited editorialists have rushed to his defense. Yesterday The Guardian reported of a petition commissioned by the Société des Auteurs et Compositeurs Dramatiques that now boasts the signatures of over 70 fellow directors, including Martin Scorsese, Jonathan Demme, the Dardenne Brothers, Terry Gilliam, Wong Kar-Wai, and, amazingly, Woody Allen. Where on earth were the equivalent gestures on Jackson's behalf from his showbiz friends during the 1994 child molestation trials that ruined his life (and, unlike Polanski's, never resulted in a guilty verdict)? Where was the outpouring of support for the greater genius Phil Spector, whose own violent crime wasn't directed at a child?

The answer, of course, is that Polanski indulges his celebrity much more than the famous near-recluses Spector and Jackson; he's been happy to soak up the Parisian limelight and mingle with politicians and "Les People," as the high-minded artistic/intellectual class is derisively called in France. He's never, unlike Spector, really stopped working, which puts him in the consistent company of Hollywood actors, worldly investors, and culture ministers from European countries who hold noted film festivals.

The defenses of Polanski are all weak, and often repugnant. "There is evidence that Polanski did not know her real age." "There are surely more important issues in the world, and more villainous rogues at large that we should be attending to." Polanski "has never been accused of similar offenses before 1977 or since," his victim "wants it dropped, to shield her family from distress, and Mr. Polanski’s own young children, to whom he is a doting father, want him home." "It seems inadmissible [...] that an international cultural event, paying homage to one of the greatest contemporary film-makers, is used by police to apprehend him."

But the worst excuse—"He's made so many good films!"—is the flimsiest and most sickening, and not only because his near-sadistic treatment of female characters in Repulsion and Rosemary's Baby (both made before the rape) don't exactly bode well for Polanski's lifelong commitment to women's equality. But even if the man had been a tireless, prolific director of women's-issue films and anti-rape documentaries, he is still an acknowledged, unrepentant child rapist. There are no shades of gray there, no points off for good behavior, and no measuring gratuitous immorality against a couple famous films and a Best Director Oscar.

This is not, as some have said, a case of American Puritanism versus looser European sexual mores; as the petition and the flood of released statements shows, the needlessly generous defense of Polanski extends from Hollywood to Warsaw. What it shows instead, particularly in light of the relative public hangings of Jackson and Spector, is that a lot of people, even smart ones, remain unable to accept that artists often make wonderful work and commit terrible acts, and neither trait is relevant to the other. The talk of Jackson after his death mostly revolved around some variation of "Was he a brilliant musician or a sick man?" when the truth is that he was likely both. A person's artistic merit and their personal failures are not required to balance each other out. Off The Wall, "Be My Baby," and Chinatown should be impervious to their makers' misdeeds.

Alas, societies are not impervious to celebrity, and we remain convinced that continued famousness trumps all other failings, artistic or personal. It's hard to imagine what leeway Jackson and Spector might have been given in the public eye had they spent more time canoodling with tastemakers and cultural elites. After all, if Roman Polanski can be remorselessly defended by legions of his peers, there is truly no depravity that celebrity can't erase.