The Death of the Working Woman?

Do women's magazines over-value cover subjects who do literally no work? 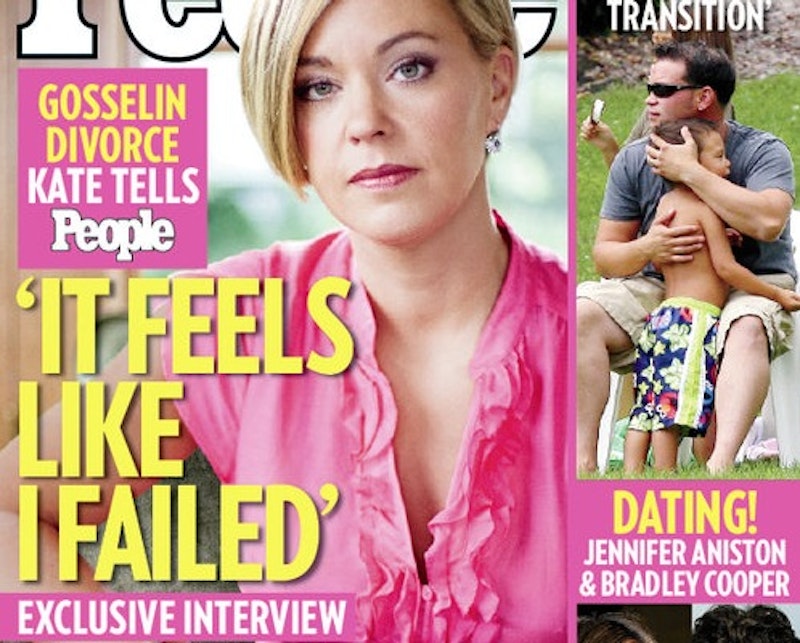 Long ago women's magazines booked almost exclusively models for covers. They were simply more beautiful than anyone else. Everyone forgave this because these women were special, even if genetically. Then sometime in the late 1980s and early 1990s, celebrity became more important than beauty. Celebrities were special because not only were they beautiful but talented as well, either at managing their careers, in acting or singing.

Now, every time I go to CVS or a bookstore and look at the magazines, I wonder what makes the cover girls so special. Lauren Conrad, Jessica Simpson, and the Kardashian sisters are repeat offenders, but even stars who work only occasionally like Jessica Biel and Halle Berry make it onto the covers of prestige magazines like Bazaar, Elle, and Cosmopolitan and, the worst offenders, gossip zines like US Weekly, People, and Star.

My beef: these women don't work! On the rare occasion I do see a working actress featured on a magazine cover, I ask myself: does she have a movie or TV show coming out? Is she producing or directing anything of note? I check IMDB. Sometimes I find a project here or there, many times I don't. Instead, they are reality stars leading dull lives and somehow getting recognized for it. Or they are actresses who haven't made a decent movie or TV show in a long time and get covers because women simply like them.

Don't get me wrong: good magazines give cover status to women who deserve it. Tyra Banks gets media exposure because she works really hard, producing several shows at any given moment. Marie Claire recently put Drew Barrymore and Ellen Page on their cover to celebrate Barrymore's directorial debut for what looks like a fun, possibly smart female sports movie. But how many times have I seen Barrymore on a cover for no reason at all?

Why does this get under my skin? Because the message these magazines send to women is: to be important or noteworthy, you don't need to work hard or have a talent, you just need to be relatable and have a nice-not even interesting!-personality. Kate Gosselin is dull housewife with bad hair. She is not a role model; she's not even a good villain. Angelina Jolie gets covers not for her movies, which she only does about one each year, or her activist work, but for Brad Pitt and her babies. The young reality stars-Kardashian sisters chief among them-are best known for their sex partners, and being rich and attractive.

The weak market for men's magazines and the greater influence men hold in Hollywood means the covers for men's mags are more often populated with celebrities who are actually doing things and are doing them well. This has nothing to do with the magazines' editorial choices and everything to do with the industry: there are more roles of higher quality for men, men are more likely to be directors of films and producers of various media (film, TV, music), and men's movies make more money. Since there are fewer magazines, GQ and Details get to be more selective. There are many more women's magazines competing for fewer stars and Hollywood players. Still, it seems women's mags aren't even trying.

More disturbingly, it seems women don't actually want to buy magazines featuring women known for bustling careers. Jessica Simpson always sells well, and while she makes an album every once in awhile, few are any good. She's just relatable; she seems like a nice person. And she's pretty. Book her for a cover!

I bristle when some of my more ardent friends say that all women must work, and stay-at-home moms and other women of leisure are worthless as women. First, women may soon make up the majority of the workforce, so clearly women are working, mostly out of necessity. Second, if I had a partner who could afford to keep me home, would I toil in a corporate office where I don't get respect? I might, to get access to capital, and women should do this. But I might not, and that's a pretty logical decision as well. This argument has been broached before. Women should work if they can, but we need to understand why women do stay home, and not just chastise them for not challenging the system that constrains their choices in the first place.

But celebrities are not everyday women. They are supposed to be exceptional. Exceptional people who get glamorous coverage from a widely-circulated magazine should be models for how women can be, not models who don't really do anything at all, and are only skilled at doing just that: nothing special.