Deadpool 2, Soviet fatigues, and dying with loud in hand. 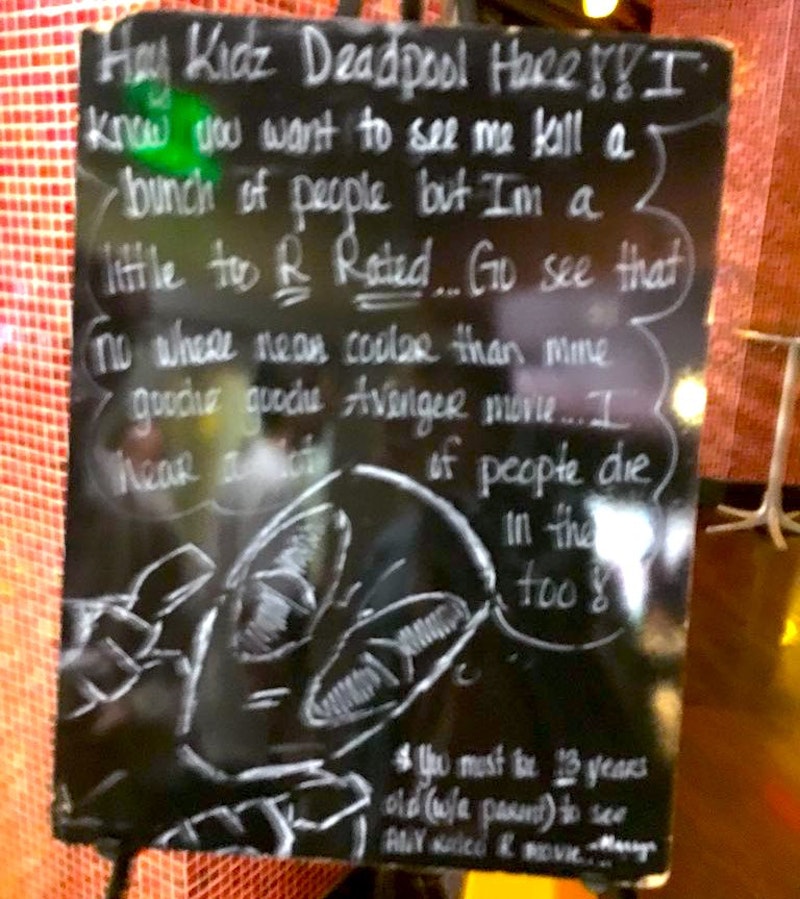 Red Meta Spandex: Deadpool 2 was boring. I liked the first one, especially since I saw it the day after The Witch—that was in February 2016, and my dad wrote a piece comparing the two movies to Donald Trump and Hillary Clinton, respectively. The staid, sedate, bored but respectful crowd at The Witch had the same energy as those lifeless Clinton rallies, while the sold-out Deadpool matinee was wild, a movie that was unabashedly crude and openly mocked itself and other Marvel franchises.

The comparison was dead-on, but this new one is a snooze: low on jokes, too many characters not worth caring about, too much action. All those scenes of people beaten, shot, maimed, burned, decapitated, and put through wood chippers all blur together. The flatness of a screen that’s 90 percent CGI and constant quick cuts is impossible to engage with. I like all the dumb wink-wink meta jokes, and there were lots of people absolutely losing their minds whenever Deadpool looked at the camera and said something rude, or when another Marvel character or franchise was referenced.

It was all so perfunctory and safe, though maybe the novelty has just worn off. During the movie, I got three or four push notifications from The New York Times and The Washington Post about Trump and Robert Mueller’s investigation. Similarly fatigued 16 months into Trump’s presidency, I just don’t care. Let me know when someone is going to jail, or if Deadpool 3 is going to have necrophilia or something.

That story is so detailed and boring, I just don’t care because none of this stuff will get Trump impeached. It’ll be Al Capone’s vault come September, and though the midterms will probably go well for Democrats, Trump unfortunately has advantages going into 2020: an incumbent with dubious “wins” (tax cut and North Korea, pulling out of the Iran deal) who will probably run against another incompetent milquetoast mannequin that the DNC will coronate next spring. Kamala Harris will not be the nominee. It’ll probably be Cory Booker or some other spineless nitwit who won’t realize how effective it would be to get up on that debate stage and call Trump a motherfucker. Eight years baby.

He Had Loud: He who had loud will be missed: Young King Dave has died. “It’s fuckin’ nice out, I got loud.” Complications from surgery to fix a collapsed lung. Only 19. Go outside, smoke some loud, and remember a man who died young but will leave forever in memetic communion and exchange. It’s been raining in Baltimore for a week, but today the sun is out, and I’ve got loud. Let’s go.