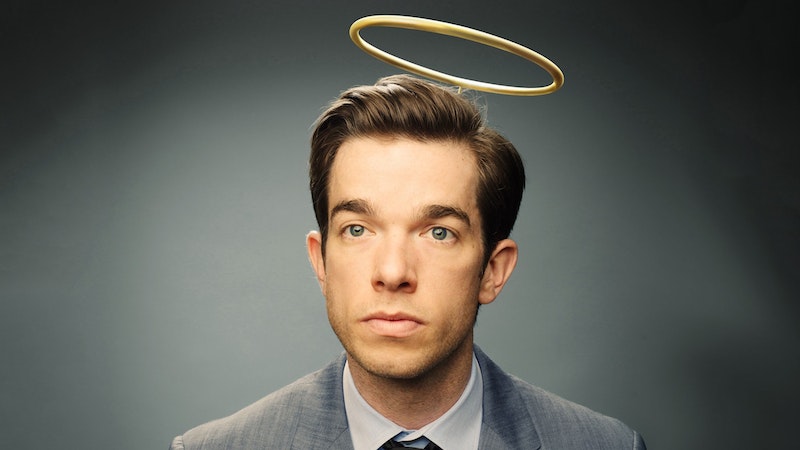 John Mulaney may be the most sensitive of our stand-up comedians. I mean sensitive in the Don Draper sense: he’s acute at spotting what he feels, the small feelings that blur for the rest of us it, and then he makes use of them. Writers do that, and Mulaney’s a “wordsmith,” as The New York Times puts it. But this trembling, straw-shaped ephebe won’t stay behind the scenes. He has to push himself on stage and make noise and act like people ought to pay him attention. Which is fine. Some combination of desperate need and improv training has combusted with a rather interior individual to produce an act that makes the 21st century not quite worthwhile.

Mulaney’s act reaches a crest of sorts in Kid Gorgeous at Radio City, the comic’s third Netflix special and the occasion of the Times profile. The show is taken from his sold-out run of seven nights at Radio City Music Hall (capacity 6,015), a gorgeous and historic site he appears to have dominated. “It’s such a beautiful venue that it’s strangely intimate,” Mulaney explained to the Times. “I thought, ‘This is doable.’” He then chose a glaring, neo–Art Deco stage set to act as his backdrop. It’s loud and complicated, and has a design heavily dependent on spokes, against which the performer might seem pinned. Instead Mulaney puts out with the energy and noise and triumphs.

Squalling and bleating have always been a big part of Mulaney’s act; they’re the noises of the man who can’t speak out, and Mulaney still goes in for them. But Kid Gorgeous brings forth new gears in his performance. The new show centers on the extroverted and hard-nosed, the loud people who take space rather than give it. High-stepping and elbow-wheeling as necessary, Mulaney comments on and reproduces Mick Jagger, Mrs. Mulaney, and the redoubtable Detective J.J. Bittenbinder, who delivered the Street Smart lecture to school assembly when Mulaney was little. Here we come to another theme, the campaign to pull the child Mulaney out of shape by imposing adult concerns on him. Kid opens with Mulaney remembering his lawyer-dad browbeating his six-year-old self about Nazis and moral responsibility, and now we have Detective Bittenbinder expecting the kid to buy a billfold to foil pedophiles.

Mulaney figures he never became a man. When he was a child he was old, and now that he’s grown he’s just a child gone to seed—“Whoa, that tall child looks terrible,” to quote New Kid in Town, his first special. Even so, he’s thriving in his ungainly, hyper-perceptive, uncomfortable way. The child has become that new thing, a middle-aged Millennial, and he’s made a life for himself. Kid Gorgeous shows a very good stand-up comic becoming better, and a sensitive man making the best of this toilet bowl of an age.