The true story behind Miranda Cosgrove’s break from acting. 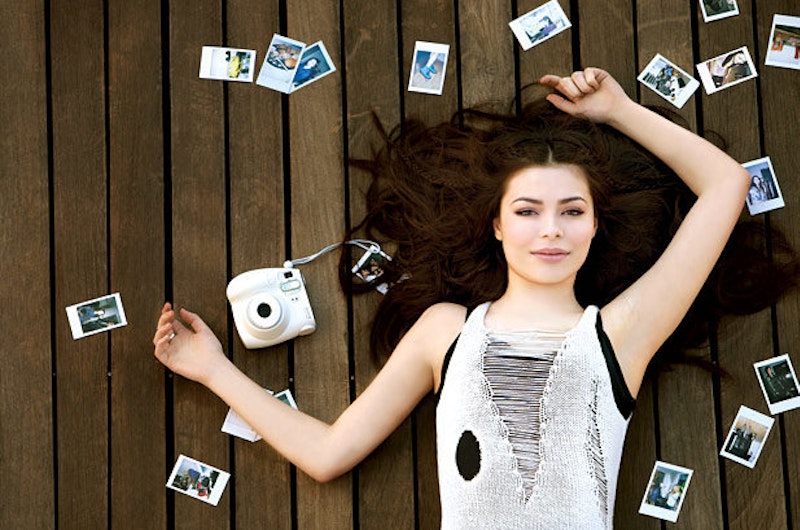 June 17, 2015, 2:30 a.m.— Miranda Cosgrove sits in the living room of her Hollywood Hills home staring up at a 75” flat screen, watching re-runs of iCarly, muted. It’s the episode where Carly and Sam meet the cast of Victorious. Miranda says everyone’s lines aloud; she has them memorized. She hocks up a loogie and spits it at the TV when Ariana Grande’s character enters the scene. The loogie, viscous and green, slides down the screen like a slug, like Nickelodeon slime. Miranda reaches for her pack of Marlboro Lights and crumples it up when she realizes it’s empty. She tosses it behind her back and it lands next to a styrofoam takeaway clamshell, half-full with week-old lo mein. The dog bowl—bedazzled with the name “Fluffers”—is empty. It’s been empty for weeks.

Miranda turns her head, looks into the kitchen. A pot of split pea soup bubbles on the stove. The burner’s flames look like blue fingers. Fingers. Hands. She hasn’t held someone’s hand—hasn’t touched another human—in three years, not since iCarly was canceled. She walks to the kitchen, pushes the pot to the side, and cups her right hand over the burner. “Not the same,” she says, but keeps her hand in the fire for three, four, five more seconds before her iPhone buzzes and she slips it out of her back pocket with that bubbly, charred, Freddy Krueger mess of a hand. Ashley Tisdale’s calling. She probably wants pills; she’s always fiending for pills. Decline.

Ping. Drake Bell just tweeted at her. What does that tool want? Miranda tries to open Twitter, but the blood and melted skin smeared across her iPhone messes with the touch screen. She grabs a dishrag and wraps it around her hand like a boxing glove. She licks her iPhone screen clean, dries it against her t-shirt, and opens Twitter. “Are you down @mirandacosgrove?” Drake Bell wants to know if she’ll sign on to a Drake & Josh reunion. Drake Bell wants to glom on to her fame. Drake Bell wants to ride her momentum.

Miranda is a lightning rod, a wunderkind, a rising star; she won’t be dragged down by a ignorant ginger. She is destined for glory: iCarly is the most popular show in Nickelodeon history. iCarly is a cultural touchstone. iCarly is… was. iCarly was.

Miranda opens the dishwasher and withdraws a cloudy highball glass. She takes a bottle of Tanqueray from the cabinet, fills the glass, and walks back to the stove. She sips the gin, tentatively at first, and then drinks it down in three gulps, letting some spill out of the corners of her mouth and run down her chin. She stares through the window and sees herself in the black reflection. “I could’ve beens somebody,” she says. She grips the highball glass and throws it at her visage, shattering the window.

The ADT Security System activates; the police will be here in seven minutes. The alarm blares. Miranda twitches. “Random dancing,” she yells involuntarily. She begins to sob—no tears, just dry heaves and hiccups.

Miranda looks at the split pea soup, still bubbling. She hasn’t been slimed in what, six years? She lifts the pot, her good hand doing most the work, and tilts it over her head, letting the boiling soup glop down her face like the tears she can’t produce.