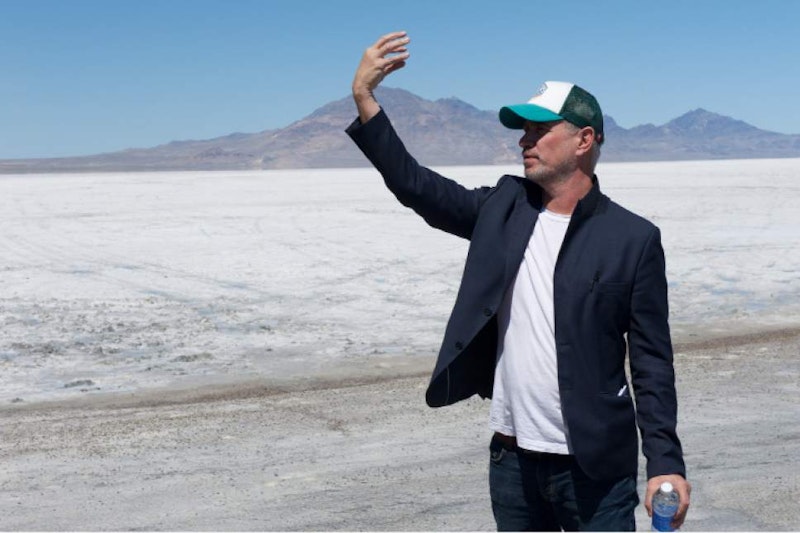 I begin this final week of columns with the end of the world. I’ve noted before that director Roland Emmerich’s odd, unsubtle, career-long goal seems to be trying to make audiences think about connections between climate catastrophe and extraterrestrials. Even in his bland but visually spectacular sequel Independence Day: Resurgence, there’s a lesson about how devastating a slight sea level rise would be to the East Coast.

True, in this case the sea level rise is caused by a 3,000-mile-long spaceship landing in the Atlantic, but again, I don’t think mainstream science is what motivates Emmerich.

Mainstream science is already plenty weird. Just in the past few weeks, we’ve seen real science headlines about Earth’s magnetic fields changing, numerous species including dogs sensing magnetic fields, Russians attempting a 20-year project to develop teleportation, Venus’ magnetic fields whipping up such strong winds that they likely blasted away any residual moisture on that planet, a “dark vortex” (also 3000 miles long) forming on Neptune, and some object getting flung out of Saturn’s rings (an event that bears an odd resemblance to a scene in Resurgence, but I’m not yet willing to call Emmerich a prophet).

Still, you don’t go to Emmerich for serious climate science. (Obviously, for that you turn to me being interviewed on the topic by Amy Schumer.) Emmerich’s ongoing commitment to his space/climate message is so strong, I think he’s recruited his frequent filmmaking partner, Dean Devlin, to do a de facto remake of Emmerich’s film school thesis project, The Noah’s Ark Principle, which concerns deadly weather-controlling satellites, since that’s also the plot of Devlin’s forthcoming Geostorm.

If there are any doomsaying environmentalist aliens out there, they may by now regard Emmerich and his professional collaborators as Earth’s greatest heroes, the culmination of centuries of efforts by secret societies to warn of doomsday unless we tap into occult and/or extraterrestrial knowledge.

Other upcoming Emmerich projects include Moonfall, a movie about scientists trying to stop the moon falling out of orbit, and a new trilogy of StarGate films in which, mark my words, there’s bound to be even more stuff about the ancients communing with alien visitors. (Why doesn’t DC Comics ever quite use the purported Egyptians/aliens connection as a means of streamlining the muddled backstory of their sorta-alien, sorta-Egyptian hero Hawkman, by the way?)

He isn’t the only sci-fi/fantasy-maker on the “weird weather” beat. Next month sees Sharknado: The Fourth Awakens make its way to Syfy Channel, and next year’s Game of Thrones season 7 will be based on the book The Winds of Winter whether the damn book is out yet or not.

The happy ending in these tales is usually the achievement of unity, whether kingdom-wide or planetary, but what we really need, of course, is for more of these tales to end with billions of individuals happily going their separate ways, not fusing into some sort of global hivemind or Gaia-entity. The happy endings should look a bit like Brexit, or better yet a fully-individualist Indexit—each character allowed to escape violent rule by others, going on to trade and innovate freely instead of just blowing up the mother ship or standing in a big throng cheering.

The typical team-spirit, tribal-pride ending, whether it’s green, liberal, or fascist, just confirms you’re living through yet another sequel full of monstrous, primitive behavior on an all too familiar Planet of the Psychopaths. I wish I could more confidently prophesize its imminent transcendence.