Should Paul Gauguin and Ford V Ferrari Be Cancelled?

The media is asking stupid questions. 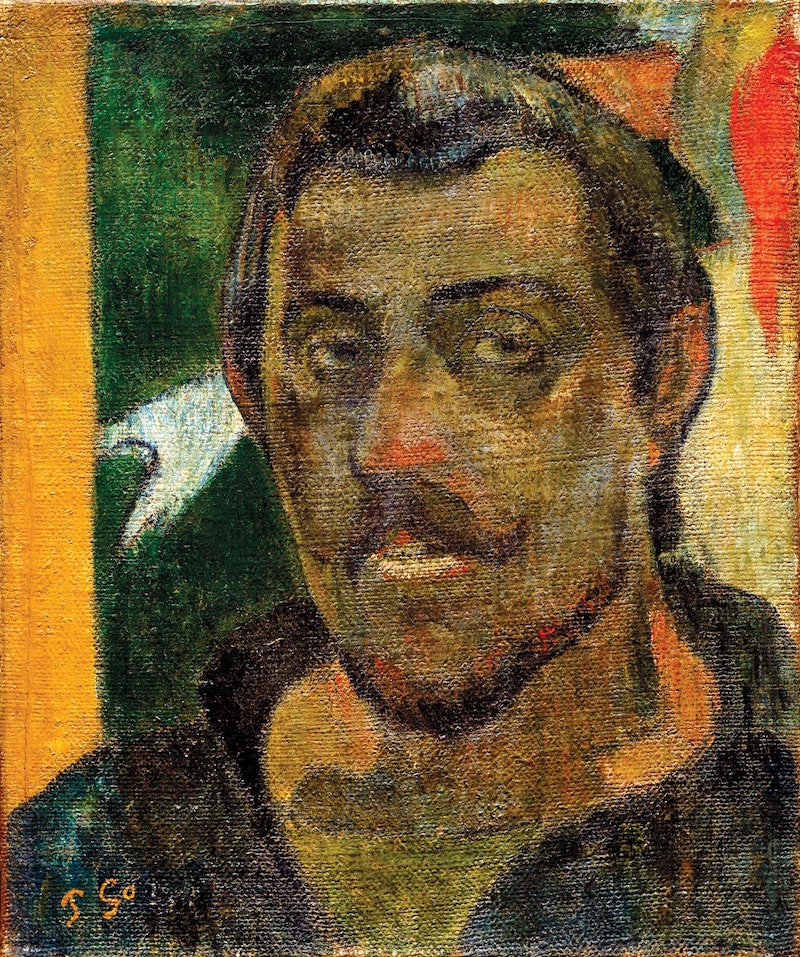 Cancel Culture hasn’t, incredibly, cooled off. Concerned citizens with time on their hands are sifting through years-old tweets for nuggets of bad behavior they can use to bring down anyone who's been in the headlines or is known to the public. Successful sleuths can garner great prestige within their progressive communities with a "find," but there's just one problem—there's not enough dirt on the living to satisfy all those would-be cancellers out there. The solution is to go after the dead.

The New York Times, located in the world's art capital, would like us to ponder cancelling Paul Gauguin, the French post-Impressionist artist who helped shape modern art, because he wasn’t a model citizen. The paper recently ran an article, "Is It Time Gauguin Got Cancelled," by Farah Nayeri, that lists the great painter's sins as having sex with teenage girls and calling the Polynesian people, who he lived amongst for years, "savages."

The National Gallery in London is also cancel-curious about the one-time French stockbroker who gave up his job and family to move to French Polynesia to live the artist’s life by escaping everything that was artificial and conventional. The audio guide for their current exhibition of Gauguin portraits asks, as Nayeri reports, “Is it time to stop looking at Gauguin altogether?” The wall text under one of his paintings tells viewers that Gauguin “repeatedly entered into sexual relations with young girls, ‘marrying’ two of them and fathering children. Gauguin undoubtedly exploited his position as a privileged Westerner to make the most of the sexual freedoms available to him.”

The artist’s three wives were young—13, 14, and 15 when he married them. Christopher Riopelle, a co-curator of the National Gallery show, is quoted as saying that, in our current era, art must be viewed “in a much more nuanced context," and that it’s not enough to say that that’s the way they did it back then. In other words, current moral standards derived from Western culture will be applied retroactively to non-Western cultures.

Bloomberg's National Post just published a story with a similar theme, this one targeting director James Mangold for his new film, Ford V Ferrari. The writer, Hannah Elliot, tells us she was devastated by its lack of diversity, which makes you wonder about her emotional state when she’s exposed to the details of something that's actually devastating, like the Holocaust. There were so many men involved in the auto industry in the 1960s that Elliot would like to cancel that whole era. "Ford Vs Ferrari," she writes, "shows a generation best left dead and gone." The men were straight and white, the writer informs us, although she has no way of determining all of their sexual orientations in a time when gay men stayed in the closet if they wanted careers.

Elliot has a big problem with Carroll Shelby (Matt Damon), the automotive designer behind Ford's rise to dominance over Ferrari, because he was a "womanizer" who was married seven times and got sued for sexual harassment in 2011. Shelby also shot lions, elephants, and rhinoceroses on animal hunts in Africa, and was litigious.

The fact that the writer also prudishly chose to include the information that Shelby swore a lot in an article about cancelling a movie—and an entire era—is the real red flag here. That “offense” is going to put the work of many important creators at risk if it's deemed relevant in evaluating them. Some of them might even be  women, black, or gay, or all three.

The personal lives of artists are often messy. The great ones are often driven in a way that makes them immune to the prevailing concept of respectability. A harsh evaluation of Gauguin is that he was a syphilitic pedophile, but he was living in 19th-century Polynesian culture, which didn’t share Western sexual norms. Regardless of his moral fiber, Gauguin changed painting with his stunning use of color. Carroll Shelby was a foul-mouthed womanizer who shot beautiful animals for kicks, but he changed auto culture forever. Are we on the path towards being told we're no longer allowed to separate the work from its creator? They say Isaac Newton was a prick, but “F=ma” still holds true.

The New York Times headline for the Gauguin story suggests that cancelling people because their lives don't live up to some sort of platonic ideal is a legitimate concept. The message is clear—if the progressive consensus is that someone needs to be cancelled, then the Times will lend its muscle to the effort. Then they and the whole pack of cultural gatekeepers should prepare to get real busy.

Caravaggio was a pimp who killed a rival in a botched attempt to castrate him. Picasso’s known as a misogynist. Shakespeare celebrated misogyny and advanced racist and anti-Semitic tropes. Walt Whitman called black people “baboons” and questioned their inclusion in the American body politic.

Maybe the Times should ask us if “it’s time” to cancel the topic of Roman art and architecture, just like the auto era Hannah Elliot says should be “left dead and gone” because it doesn't mirror today's society. There were plenty of “problematic” artists and architects back in Roman times, so how could we celebrate their work without also endorsing their misdeeds? Or maybe the Times should go further back—to the time of hunter-gatherer societies. We could leave that era dead and gone because women stayed home and took care of the children.