She Mad, We Dumb

Lost in an anesthetized America. 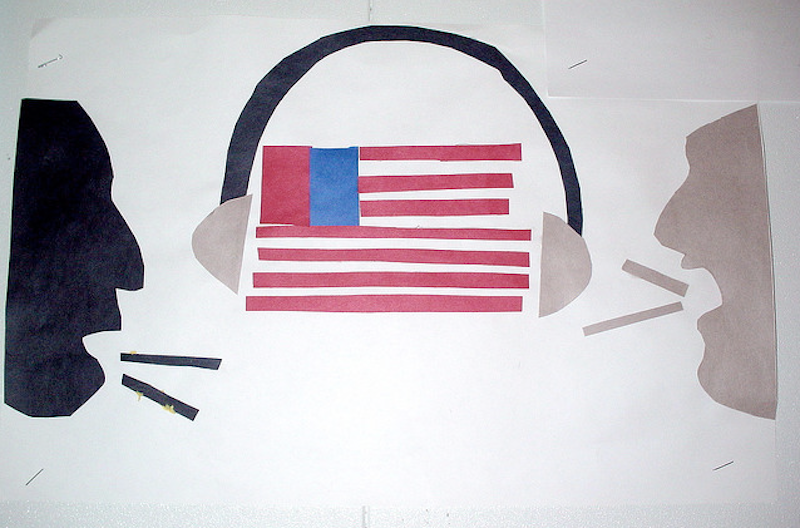 I’d be a little bent out of shape too. But Hahn is positively incensed. “I’m a woman running for Congress, and they have me going as a strip-pole dancer.” The Los Angeles City Councilwoman was so worked up June 16 on MSNBC during an interview with Ed Schultz that she could barely keep from repeating herself. “This is awful. It’s sexist, it’s degrading to women, it’s offensive to African Americans, it’s racist, they have guns, the song is just vile, they called me the B-word. I’m not a stripper, I’m offended beyond words it’s so disgusting and sexist […]” etc. Ed, affecting moral outrage, hangs his head and concurs with Hahn, “I’ve never seen anything quite like it myself.” Have you ever watched anything on Comedy Central, Ed? It’s like three channels up from you. Maybe you’d be surprised.

Schultz is only one of many indignant, in-the-trenches broadcasters on cable today, but the sharp irony between what he and his colleagues criticize Fox and the GOP for and the attitude, candor, and content of MSNBC is just too rich to refuse. Feigning such melodramatic and maudlin moral outrage over something that would’ve fit nicely on MADtv 10 years ago, and isn’t that far off at all from most pop music today. Politics is an inherently nasty business: its foundation is built on lies, manipulation, bamboozlement, and a certain degree of mud-slinging. There’s simply nothing in this ad that appears beyond the pale to me; the crudeness and personal viciousness is peanuts to what we’ve seen produced, hawked, and broadcasted by the same corporation that brings home the bacon for Schultz, Rachel Maddow, Lawrence O’Donnell and the like, who are more than happy to preach to the anesthetized converted as our country gets dumber and angrier every year.

This is where the cognitive dissonance and apathy that my generation—people born after 1988—feels stems from; this is not a partisan political issue, it’s wider than some trite Republican v. Democrat tiff, in which I have zero interest. Our culture right now is a malignancy, ready to die. Advertising and mainstream entertainment treat us all like emotionally stunted pubescent boys, or even worse, the well-educated, well-informed, content contemporary liberal adult, the armchair activist who buys recyclable grocery bags to make himself feel better, or feeds Tracy Morgan the shit of their high horse. Everybody is shouting into the void of this monolithic corporate information and entertainment husk, and no one is listening.

It feels infantilizing to watch TV or most entertainment, and not only because of the middle school boy mentality of the content, but because it’s so smack dead obvious that the numbing and sating effect of the digital revolution is responsible for the malaise of my peers. Who knows how the economy will resolve itself in the short term, but on a deeper level our country and its youth are in real trouble. When experience and cynicism and irony and rebellion are fed to us by the same mass technological/corporate body that we all vaguely despise, how can our words be anything but, as David Foster Wallace once put it, “The song of a bird who has come to love its cage”?

It is extraordinarily frightening and sad to see young people grow more and more apathetic and disconnected and lost to the gaze of their screens and devices. Broadcasters like Ed Schultz and company are no better than the cavemen at Fox because they choose to assume a high moral ground and claim they’re “elevating the conversation,” when in reality they’re just throwing barbs down an endless abyss of partisan bickering and ignoring the bigger picture, and that is our need for instant stimulation and lack of attention, focus, or concentration. Ponder this for a moment: can you think of any great American novelists left? I don’t want to live in a world where Ritalin and Soma are a part of everyone’s breakfast, but we certainly seemed to be headed that way whether we like it or not.