An interview with the new head of Al Qaeda. 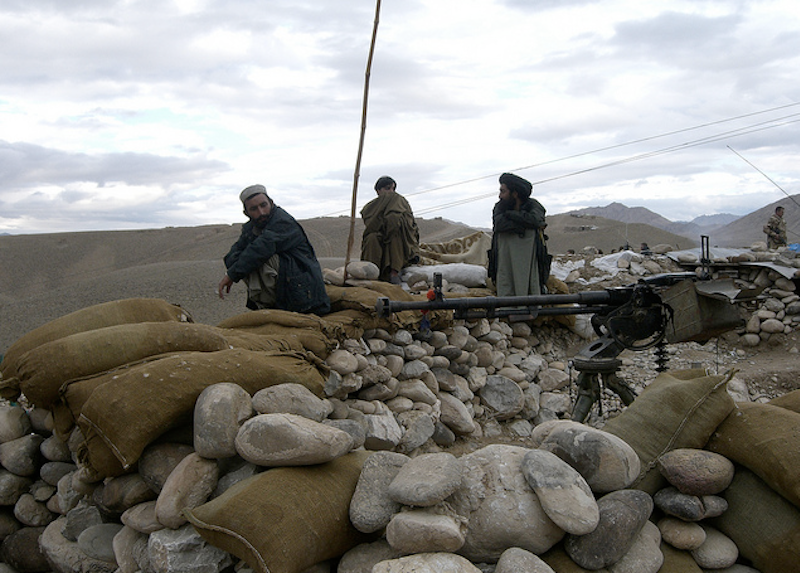 On Thursday June 16, it was announced that Ayman al-Zawahiri, Osama bin Laden’s longtime right-hand man, has become the new head of Al Qaeda. Here are highlights of his first interview since the announcement.

Q: First, congratulations on your appointment. I take it this wasn’t much of a surprise?

Q: Excuse me, but did you just say “Obama’s” left-hand man?

A: Didn’t want you to think I meant one of the other bin Ladens, you see. You wanna talk about someone you don’t wanna meet in a dark cave? Try hanging out with Toby bin Laden for a few hours.

Q: What kind of changes do you anticipate making to Al Qaeda?

A: Nothing big at first, of course. The guys aren’t big on major changes of direction all of a sudden. Mohammed Atef once tried serving Country Time lemonade at one of the meetings back in the day, instead of Snapple. A fatwa or two later, and we were back to the Diet Noni Berry in no time.

But to answer your question… we’ll be eliminating the Sadie al-Hawkins dances, for one thing. I’m not big on having the gals asking the guys to a dance. Just doesn’t seem right. And from now on, when I walk into a room—and this is at anybody’s house, not just mine—I get control of the remote.

Q: How do you respond to allegations that you’re not as forceful a personality as Osama, and that Al Qaeda may as a result become less of a player on the global stage?

A: Sure, sure. Everybody said it was curtains for the PLO when Arafat died. For years it was Yassir this and Arafat that. But look at Mahmoud Abbas: He said he’d step down after a deadline that he set two years ago, and he’s still there. Plus he looks smart in a suit and a tie. Maybe he’s a little too buttoned-down for my taste—and a mustache with no beard? Don’t get me started—but when it comes to Abbas, mark my word: The winner takes it all.

A: See what I did there? Abbas/Abba?

A: What can I tell you? I love Mamma Mia!

Q: As for the inevitable comparisons between you and Osama…

A: Nobody’s gonna replace the O-Dog in the popular imagination. Can’t be done. The guy had—what? Five wives, six? And a couple of dozen li’l Osamas. You can say what you want—even though we might, in fact, kill you for it—but the man was a playa.

A: Look, I’m not here to cast aspersions on the O-Dog. He had needs; we all have needs. But I will tell you this: You won’t be finding any copies of Lawrence of A Labia on my laptop after the SEALs bust a cap in my brainpan, okay? I’m more of a mainstream guy. I like what most dudes like, you know? GoodFellas, the first Rocky movie… and I might catch some pipe bombs for this, but sue me: I liked Enchanted. Chick flick? Maybe. But dammit, I thought it was funny.

But back to the point. Osammy didn’t get out a lot, while I like to stay current. I’m taking my nephews to see Mr. Popper’s Penguins this weekend.

Q: Not The Green Lantern?

Q: A lot of news coverage took place in the western media whenever Osama would send out a video or audio tape. Is that something you hope to continue?

A: What are we, still living in the 1990s? I’ll be giving the peeps a holla on YouTube and my weekly podcast, “Zawahiri’sZawhirligig.”

Q: That thing on your forehead—is that, like, a crescent moon tattoo?

Q: You know if they’ve been bad or good?

A: So be good for Allah’s sake. Some of the others, I tell them it’s a birthmark that I bought at the same place Gorbachev got his splotchy thingamajig. But really it’s just a big, big zit. It’s not easy trying to get Stridex in the desert.

Q: Anything else we can look forward to with Zawahiri’s Al Qaeda?

A: Oh, you know the drill—fatwas, jihads, yadda yadda. Persecuting cartoonists. Developing sock bombs, which will make the shoe bomb look like a wet fart.

Q: Well, thanks for your time. I know you’re a busy man, so…

A: No worries, my American friend. Now, if you’ll just step over here for the ritual beheading. (Long pause; then he begins laughing good-naturedly.)  Kidding! Sheesh, for an infidel, you gotta lighten up.