Seasons in the Sun

Remember the 90s? Neither do I, but I still miss it. 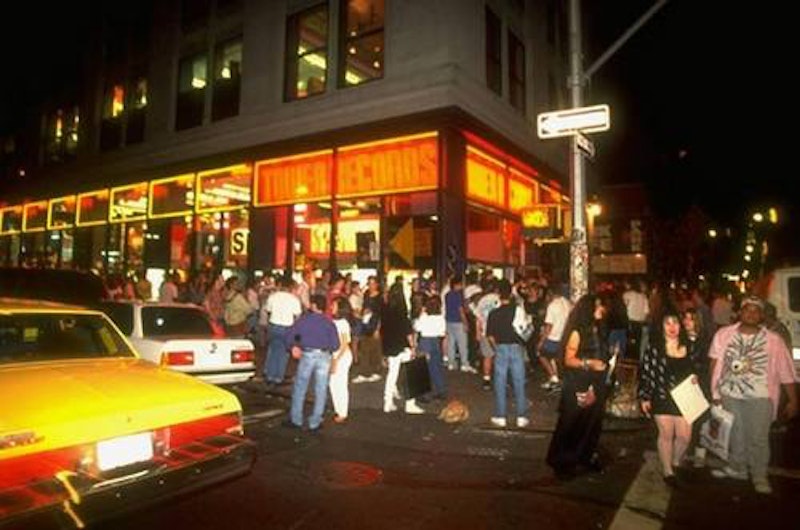 Nostalgia runs in 20-year cycles. When gas masks and hazmat suits are de rigueur and sold in plaid and polka dot at the Gap in the 2020s, we’ll surely be pining for the simpler paranoia-lite of the naughties, just as VH1’s I Love the 80’s educated my generation—the Millennials—with a crib sheet on the Cold War, Cyndi Lauper, Trapper Keepers, Al Capone’s vault, and New Coke. Just as polo shirts, popped collars, and Footloose as fashion cues were the norm when I was in middle school, and by 2011 Doc Martens and Freddy Krueger sweaters and more black and less neon were status quo. Guitar bands ripping off Pavement and Modest Mouse followed 80s dance pastiche like Javelin and Girl Talk. Then Nickelodeon nostalgia came around, best characterized by this tweet. Routine. People pine for better times and miss what they never had in the adult world they grow up around that was gone 20 years later. I agree with Kurt Andersen’s New York Times take on why the 90s were objectively the best decade in recorded history, but his points are meaningless to most people born then because we weren’t old enough to write love letters, lose phone numbers, live in a world with “just the right amount of technology” instead of an eternal, “attenuated” present ruled by social media and smartphones.

All of that is superficial compared to life during wartime. Most people point to peacetime when talking about the 90s, Andersen included. America’s actions in the Gulf War, Bosnia, and Kosovo were limited and the public was disconnected and largely indifferent to things the country did that didn’t affect them. For people born in the early-90s, the unprecedented wonder of a surging economy, little war, the potential of a primitive Internet, and the promise of a prosperous future full of opportunities was our baseline. No paranoia. The 90s ended on 9/11 when we dove headfirst into two meaningless wars. The Bush Years gave me brain damage. What are you supposed to do as a kid watching our government lie to us about going into Iraq and your friend’s drunk dad grills you about “going to war for oil” and Michael Moore at a Christmas Eve party? Even worse, watching your parents support an invasion of an unrelated country that made no sense as the first bombs fell over Baghdad. The contrast is Truman Show-level absurd, and it’s basically all I’ve ever known. I know it’s bad because of articles like Andersen’s, the cognitive dissonance of simply being an American has been unbearable for over a decade.

I also mourn the vanquished mass physical media more than most because my dad published weekly newspapers and I’m a musician, and everyone in my family is an avid music, film, and book fan. I really miss going to Tower Records and spending hours learning that I would later spend online. It’s give and take: the take is you’re not as there, being on the computer or your phone all day, you dissociate from your body. The tech bubble we live in may offer more information, but it’ll never have the full sensorial experience of going to a record store, hanging out for hours, talking to people, meeting someone cute and asking for their number. You retain information better when you read paper, and vinyl doesn’t need another evangelist in here. I understand the wistfulness of Andersen’s piece, but mostly miss what I never had and he got to experience before the world started closing in.