Vanity Fair looks at the mini-Oprah of perv. 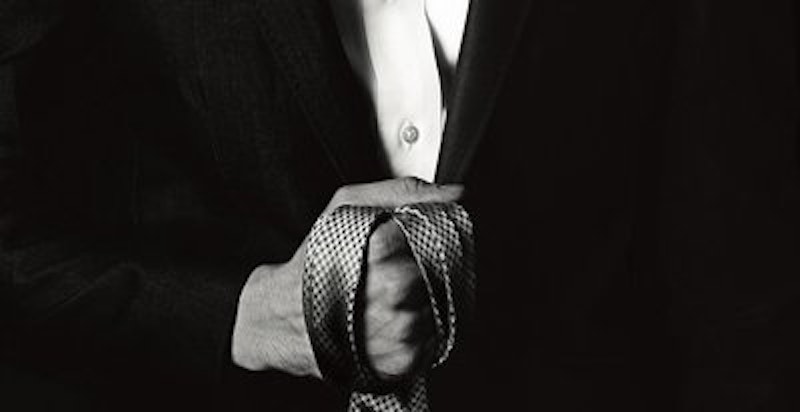 “This is a book for women,” says Erika Leonard. “I wrote it for me.” She means the most famous and reviled book in the whole world, because she is E. L. James and she wrote Fifty Shades of Grey. Her interviewer at Vanity Fair chimes in: “If only readers’ husbands would say the same things to them in bed that Christian does, all about how beautiful they are, how soft their skin, how luminous their eyes. This, at the base of it, is what they’re really craving: devotion and adoration.”

Oh, is that all. Well, no, not according to Vanity Fair: “It also doesn’t hurt that Christian thinks of Ana’s every need and showers her with presents—three $14,000 first editions of Tess of the d’Urbervilles, a red hatchback Audi, and a closet filled with designer labels and fancy lingerie (and that’s just the first book).” Real mature, ladies. On the other hand, women have to put up with Playboy and those clips on the Internet.

I just wouldn't get married, is what it comes down to. All that need carried on your back. People want such stupid things, and one person has decided that you will be the on-earth representative for delivering some facsimile of the goods. Meanwhile, you're expecting him (or her) to do the same for you. I suppose mature couples let each other off the hook and turn to outside aids. The men visit YouPorn and dream about sweet young things around giant dicks. The women read books about skinny-thighed convulsions atop high-grade sheets and pillowcases. The men do their business in private but talk about it more than they might. The women are boldly public. They read Fifty Shades on the bus. For them it's no different than going to the pharmacy for Pepto-Bismol: you have intestines, you have bottled-up needs, you have human luggage.

Of course, the female need stored in a hundred million marriages has now been dumped on Erika Leonard's back. “She truly believes that she has to control it because of the fans, because she’s the only one they trust,” an anonymous friend tells Vanity Fair. By “it,” the friend means the movie version of Fifty Shades, which hit some bumps because Leonard would fight on the set with the movie's director. She wanted the details right, meaning the way fans had found them in the book. She sketched “floor plans for Christian’s penthouse,” Vanity Fair tells us, “which helped production designer David Wasco incorporate doors and corridors leading to rooms and annexes used in Books II and III.” She sent the costumer designer email explaining that “her readers would expect to see certain garments from the book, like Anastasia’s gray chiffon graduation dress, and a tightfitting wine-colored dress in another scene.” She also sent “pictures of the jeans Christian wears in his 'playroom,' noting the color of the denim and the way they fit.”

All right, I'm sneering. Easy enough when you're talking about somebody else's uncomfortable needs. But I knew I was hard up, because I'm alone. I didn't realize so many other people feel hard up. To pin such hopes to the Fifty Shades consumer experience—it strikes me as a desperation move. All that money laid out just to make you feel differently about having gonads and a pelvis. Does experience seem that bare? Apparently, in the normal course of things, people reach emergency states where a crate of goods has to be moneyed in to perk up the situation. Enough people, at least, that Erika Leonard is now a mogul who can tell Hollywood how to make her movie. Get it wrong, and she knows that millions of lives will sag. Women will look at the years lying ahead for them, and the years will look the same as those lying behind. The bright spot will be missing; life will have been a bit of a gyp, as sometimes happens. Erika Leonard doesn't want that.

As a result she spends a lot of energy laying down the law about small, odd things, like whether a girl on camera is going to discover her fellow's sex toys one by one, pulling out one drawer and then another, or whether the toys will be introduced in some other fashion. The first way, with the drawers, is in accordance with ritual; any other way is not. Erika Leonard fights about things like that, and she makes a hundred million dollars a year, and a hundred million women live in hope. It's an odd arrangement, but civilized, and everyone is very out concerning it.