Twenty Proposals for a Better World

From Charles Manson to Dick Cheney. 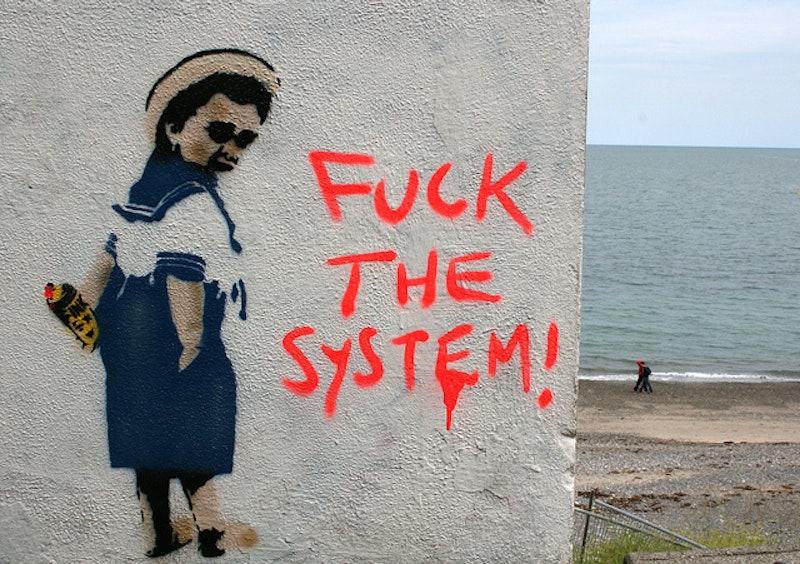 Paraphrasing Bucky Fuller, it’s not enough to bitch and moan about how shitty things are: one must devise a better model. In the service of that proposition, I submit for your consideration 20 proposals for a better world:

1. Give Nevada to the Palestinians. Or the Jews. Not both. Maybe they could appoint a representative each to play rock, paper, scissors for it.

2. Scrap the antiquated primary process for selecting presidential candidates in the USA and replace it with pro wrestling matches and talent contests, or, better yet, something along the lines of that old reality show Fear Factor. I’d pay to see John McCain lay down naked in a glass coffin full of maggots, or Hillary Clinton eating a quarter-pound of cockroaches.

3. Abolish taxation entirely and fund the government with pornography and recreational drugs.

4. Replace the fluoride in the water with DMT and an MAO inhibitor. It’d be like ayahuasca without the taste or purgative effects. I’d prefer LSD, but unfortunately, LSD becomes inert very quickly in water. People rarely become violent when they’re busy telepathically communing with machine elves in another dimension.

5. Fire the police and legalize everything. Sure, it’d be bumpy at first, but things would sort themselves out quickly. Besides, common wisdom dictates that cops are like a box of chocolates: they’ll kill your dog.

7. Abolish the First Amendment. Tell Americans to shut the fuck up. Establish an official state religion based on the Necronomicon, and sacrifice infidels to Yog-Sothoth at half-time during the Super Bowl.

9. Replace Congress with an Artificial Intelligence system. They’re already artificial, but at least it would be intelligent. Has anyone ever seen John Boehner sober? I rest my case.

13. Recruit the very best body modification specialists to transform George W. Bush into Gollum, addict him to heroin, and set him loose on the streets with no money and ID.

14. Inject Bill and Melinda Gates with every vaccine known to man.

15. Seize Jeff Bezos’ wealth and redistribute it to every Amazon worker. Put him to work in a salt mine somewhere.

17. Give New York City back to the Indians.

18. Let the Nazis live in peace on the Moon. Stop bombing them and invading their space. They had the decency to leave, have some respect.

19. Replace the Statue of Liberty with a statue of Miley Cyrus twerking in the general direction of Europe and replace “The Star Spangled Banner” with Insane Clown Posse’s “Let’s Go All The Way.”

These proposals, if implemented, would result in a much more entertaining world than the never-ending shit-storm we presently occupy. When life gives you lemons, reach for the tequila and salt.