Missing a Man I Never Met

I’m so sad about Norm Macdonald, but I never met him. My wife thinks this is strange. Why? 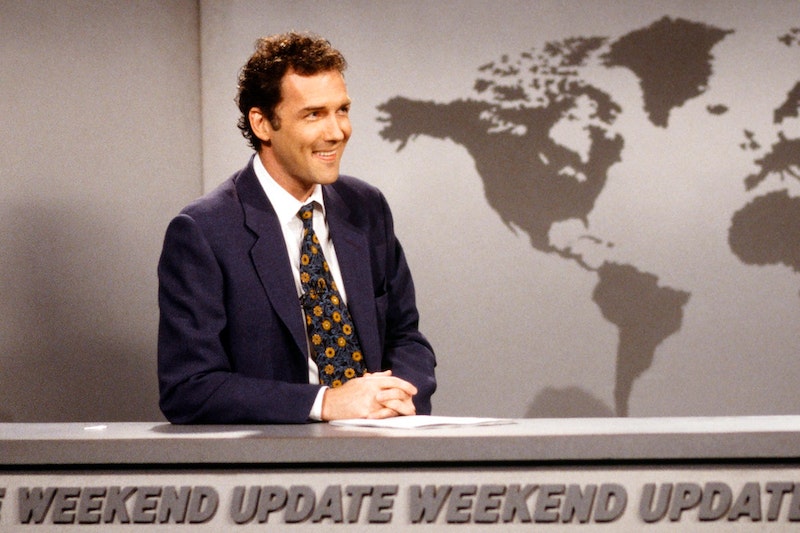 I miss Norm Macdonald. I have nothing funny to add, no stories, never met the guy, nothing to share beyond my own narcissistic refocusing of the story of one man’s death into my own personal discomfort. That’s okay. Norm wouldn’t have liked it, but he didn’t like me. I tried tweeting with him for years but it never worked, until he responded to me once. He was tired. Irritated. I didn’t take it well. I sent him a DM demanding all political prisoners (birds) freed from factory and “free range” farms across the world. He called me a “vegan retard” and blocked me. I think. I could be misremembering.

“Isn’t that the guy that went on The View in 2000 and wouldn’t stop talking about Vince Foster?” My wife has decided to chime in. No, Monica, Norm didn’t go on The View to talk about Vince Foster. He went on to promote his new sitcom Norm, co-starring Laurie Metcalf, and the first question he was asked was about the recent presidential election in the United States. He gave his opinion: “Well, I hope that the Democrats don’t steal the election from the winner, but, who knows…” Incredulous, one of the hosts asked him if he liked George W. Bush: “I love George Bush, man. He’s a good man, decent… he’s not a liar, crook, murderer or anything like that, so it’d be good to get the homicide out of The White House and get like a fresh start, because we don’t want any murderers.” Joy Behar: “Who are the murderers?” Norm: “Well, Clinton! He killed a guy!”

Goo for him. That was nice to hear on daytime network TV at the dawn of this new, dim century. Now we’re bereft. “Roo, you need to stop reading so much news. It makes you depressed and unattractive. Frankly you look a little ugly right now. Not good for your promo tour.” Right. Always a Stone is being issued in its third paperback pressing, and I’ve been invited to every babbling brook and country farm in the country to come and talk and give seminars on how to write for various flora and fauna (yes, flowers are not just in the attic or for Algernon—they write poems, too!). I haven’t taught in a long time, in fact the last time I took over a class, at Sarah Lawrence in the late-1970s, I was fired for talking too much about Chile. Those students needed to know about Pinochet’s CIA support, but they and the administrator just wanted to read Judith Butler and smoke inside.

Norm’s death has me feeling existential. This is a man that not only hosted “Weekend Update” on Saturday Night Live for four years, he starred in a major motion picture called Dirty Work, featured in many others, toured clubs and theaters for years, and became one of the most beloved talk show guests of all time. He also wrote a book in 2016, when I was in Guantanamo Bay, just to rub the salt in. How could this man be so funny and so beloved and yet under-appreciated at the same time? Perhaps you could only see him as a “comedian,” a clown, a purveyor of jokes and nothing else. Please. There was more substance and political commentary just in his TV work than in any of the recent politically bent standup specials, all of which are total garbage.

“Rooster, stop writing about that dead Canadian. You should be happy your ‘friend’—”

I reminded Monica that I never met Norm.

I wish Norm were alive, just so he could call my wife an old bag and tell her to go back to the henhouse where she belongs. I’d get cut again if I said as much. But she’d listen to Norm. She would’ve…