Rise of the Super Villains

Public figures fueled by rubbernecking will only go away if ignored. 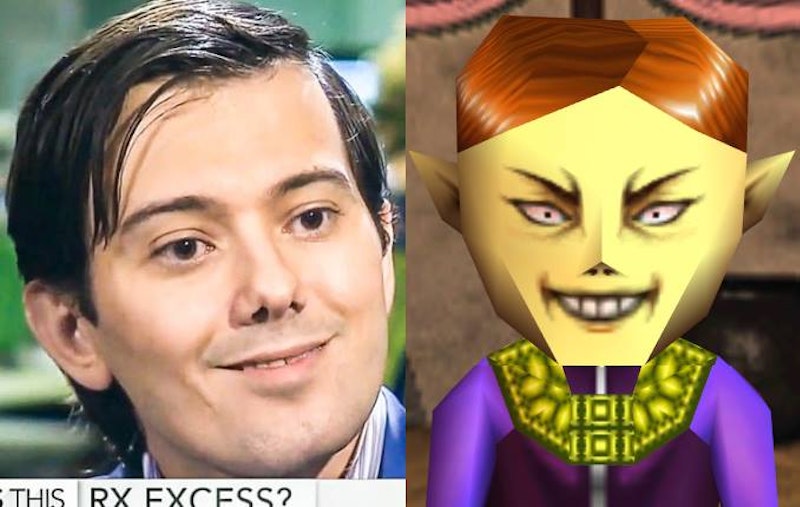 Illustrators are taught that memorable characters must be recognizable in silhouette, whether it’s Bart Simpson, Bugs Bunny, or Batman. Over the past year, a remarkable number of stories about Donald Trump’s inglorious rise have shown him in shadow. That bird’s nest of a rug on his head, his jowls, and pointy nose make him a walking talking cartoon (to say nothing of his tangerine colored skin and Looney Toons-inspired facial expressions). 2015 saw the rise of the super villain, with a brash, inconsistent and inarticulate political outsider becoming the frontrunner in the Republican primary for president, despite efforts by the GOP establishment, the media, and half of the country to stop this pancake-faced runaway train. Trump learned early on that by going for broke and playing the heel, he could energize a silent majority of voters who’ve been waiting for someone to speak like a caveman and demand that Muslims and Mexicans be deported so that we can Make America Great Again. Shortly before the Iowa caucus, Trump suggested that he could “shoot somebody” on 5th Ave. in Manhattan without losing voters. He’s probably right—as long as his victim was the right color.

David Byrne wrote an essay recently about Trump’s rise, and like many other famous artists, he’s completely flummoxed, asking, “How are Trump supporters so seemingly unaware of his lies and bullshit, and the ridiculousness of many of his positions and ideas?” He goes on to answer his own question, stating the obvious: that social media platforms like Facebook and Twitter, along with binary cable news options like Fox News and MSNBC, create an echo chamber with invisible, personalized algorithms that keep us in very small bubbles that allow for only one worldview at a time. Byrne goes on to say, “I’m probably as guilty as anyone, though I do scan about four to five different news sources during my daily browsing. While none of them are presented to me via a social media feed, the newspapers themselves are skewing more and more towards likable headlines, topics and subjects. Am I then supposed to force myself to read the Post and watch Bill O’Reilly from time to time?” Well, yes. That would probably help get you out of your own bubble, because Trump’s popularity and Americans’ disregard for facts is easy to understand: they’re dumb, angry, and looking for someone to blame. It’s a child’s mentality, and it’s no wonder that a cartoon villain has risen to the occasion.

But these pop culture heels thrive on attention, negative and positive. Martin Shkreli, the former CEO of Turing Pharmaceuticals, was the world’s most hated man for a couple of weeks last September after he raised the price of Daraprim (an anti-HIV medication) from $13.50 to $750. Boneheaded move? No: Shkreli knew he was under FBI investigation for securities fraud, and his plan to become “the world’s heel” was perfectly executed. Like Trump, Shkreli is immediately identifiable in silhouette and bears an uncanny resemblance to the evil elfin merchant in The Legend of Zelda: Majora’s Mask. Perhaps Shkreli was inspired by Trump’s summer-long vice grip on the media, and increased the price of Daraprim as a Hail Mary pass to gain some notoriety before he was arrested in anonymity. Now, against all odds, the man has thousands of followers on Twitter and pops up in the press constantly. Video of his recent Congressional hearing, where he pleaded the Fifth to nearly every question, went viral, with most people on my timelines captioning it with stuff like “Nauseating,” “Absolutely disgusting,” “He should be killed,” “This scumbag is the worst piece of shit on the planet.” You’re doing his job for him—all publicity is good publicity for certain people.

Kanye West has played the music industry’s heel since 2009 when he interrupted Taylor Swift’s acceptance speech at the MTV VMA’s. Every time he puts out a new album, the same conversation happens: arrogant asshole/musical genius, boring misogynist/compelling personality. In the weeks leading up to the release of The Life Pablo, he’s been going through something of a public nervous breakdown: repeating the same spiel from the Yeezus album cycle (“I am a God and this generation’s Walt Disney”), continually revising the album’s title and tracklist, premiering it at Madison Square Garden last Friday, releasing it on TIDAL exclusively two days later, and then declaring today that “My album will never never never be on Apple. And it will never be for sale... You can only get it on Tidal.” This time I’m not sure it’s theater, only because he’s repeating himself, and looking like a fool begging Mark Zuckerberg for a billion dollars on Twitter.

Trump, Shkreli, and West are crashing in the same car because they know people love to rubberneck. People respond because they’re avatars of previously faceless industries and complexes that continually fuck and rob us blind: politics, pharmaceuticals, and entertainment. It’s incredibly enticing and easy to project your anger and frustration on one person because it gives you the illusion of control. The only winning move is not to play.

Consider the late Fred Phelps and his Westboro Baptist Church: during the Bush years, they gained widespread notoriety for flying across the country and protesting soldiers’ funerals, high school plays, and just about anything they could get to with brightly colored signs that read, with some variation, “GOD HATES FAGS.” When I was a sophomore in high school, they came to Baltimore to protest a run of The Laramie Project at a local private school. I walked over to rubberneck but ended up joining the “peace protest” across the street. I knew then that yelling, spitting, or throwing shit at them would be exactly what they wanted. These new pop culture super villains are thriving on our rubbernecking, and if you really want them to go away, you need to ignore them completely.