Everything old can be made worse. 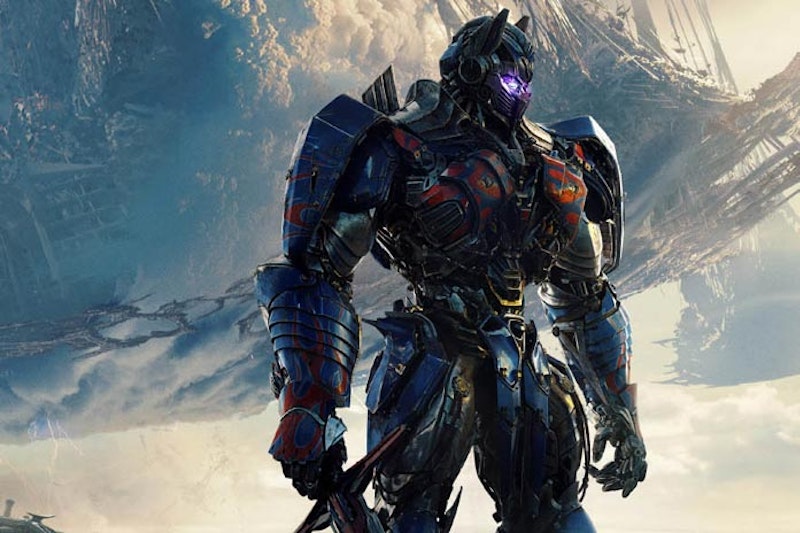 I’m part of a youth movement that’s grown old—a bastard middle child born at the tail end of a Generation X that would probably be better represented by a zero, thus accurately reflecting its cultural significance. Gen-0 came and went, flickering briefly on cable television and scratching fitfully on Sub Pop records before vanishing into the ether, leaving me a fatigued thirtysomething historian stuck in an eternally recurring present.

I know I’m stuck because the reboots keep coming, and no amount of toothless, Rotten Tomatoes-aggregated criticism can stop them. All of this bad media passing over my head amounts to little more than CGI paintings of my childhood ur-narratives, Ninja Turtles, Transformers, Wild West C.O.W.-Boys of Moo Mesa, and every other profit-making piece of past-tense detritus dressed up in computer animation and sold as new again. The process is about as mentally stimulating as coloring pewter miniatures in one’s basement, albeit with much higher financial stakes.

“Most acceptable yet advanced,” a catchphrase of pioneering industrial designer Raymond Loewy, serves as the leitmotif of Derek Thompson’s recent book Hit Makers. Hit Makers speculates about the nature of success, that most Gladwellian of topics. Over the course of several anecdote-laden chapters, Thompson returns to this MAYA phrasing, noting that what people most desire from their entertainment is familiarity leavened by a pinch of novelty. Thompson is right, of course—how could such a trite claim, conventional wisdom at best, be anything but correct?—but he understates the public’s thoroughgoing zeal for familiarity, particularly in an era in which it has ready access to everything.

Kelsey Grammer, the greatest American “king” actor (i.e., an actor who can play only kings and other scene-chewing blowhards) since Orson Welles, understood this all too well. He fed the public two decades of pompous, beloved psychiatrist Frasier Crane and raked in mega-millions for doing so. Sure, lots of potentially legendary avant-garde work didn’t happen because he was too busy hamming it up in primetime, but who cares? He made bank, and could probably resurrect the character right now if the mood struck him.

But Frasier Crane wasn’t a reboot; it was merely a single performance that spanned two hit sitcoms. Today we get the reboots and adaptations and rebooted adaptations ad nauseam, which would be fine if any of these projects were daring, if any of them deviated from the parent company’s bottom line. Once, super hero movies were rare, limited by available special effects and disconnected from a marginal, obsessive nerd culture that has long since merged with mass culture. Some of these films, such as Richard Donner’s Superman and Tim Burton’s two Batman pictures, were half-decent examples of auteur theory in action; others, like Bryan Singer’s Superman Returns and Sam Raimi’s Spider-Man, were trifling but harmless misfires (all of these comic book franchises have since been rebooted—twice in the case of Spider-Man). Back then, the artist driving the product wasn’t some Joss Whedon-style hack, in charge of filtering ham-fisted, plot-advancing video game dialogue through sophisticated editing software, but this is now the approach that delivers the safest, most cost-effective product to market.

Our changed reality exists as a permanent now that’s nevertheless devoid of novelty, of wow. You can have all the CHIPS and 21 Jump Street you desire, so long as you’ve brought a barf bag and a memory foam pillow with you to that nice theater with the recliner seating. There exists, deep within much of this dreck, the potential to make anything else, anything that’s not so crappy; the furor over Iron Fist was proof of that. By casting a D-list hunk in a surprisingly faithful adaptation, viewers got fealty for fealty’s sake, when we could’ve been given anything else: possibly an Asian-American-helmed show, or maybe even a show fronted by members of any other historically underrepresented group of people, dedicated to a story completely untethered from this ludicrous Marvel canon that’s currently crippling the comics (crossovers galore!) and which will eventually upend these flagship film franchises, too. (At what point does one reboot the Avengers? 2026, with a re-reboot scheduled for 2031?)

About the only reboots and adaptations I’ve been able to stomach have concerned properties no longer under copyright protection. One can do what needs to be done with Coriolonaus or The Wizard of Oz, and for years I found myself immersed in the Oz fanfiction community. L. Frank Baum earned his money from those works, but his estate inherited them far too early in the game and thus failed to benefit from the copyright protections, which now last forever, later earned by the skillful lobbying of media conglomerates like Disney. As a result, these stories belong to everyone, and at times the new works have exceeded Baum’s charming originals: Walter Murch’s near-perfect film Return to Oz haunted me throughout my childhood, and artist Eric Shanower’s Adventures in Oz combines gorgeous illustrations with much deeper character studies of many of Oz’s bit players, like the haughty Glass Cat.

Admittedly, there are few entirely new ways to tell a story. But that doesn’t mean that a reading of Joseph Campbell’s The Hero With a Thousand Faces leads one inevitably to Luke Skywalker and the rest of George Lucas’ boring Star Wars universe. It could and should mean anything else, with creators given free play within old structures, authoring rather than adhering to fixed readings of those popular fantasies through which we learn the story of our culture. I’m not hopeful, though: when given a choice between change and more of the same, most people will tell you they’re opting for change, thereby paradoxically dooming us to more of the same.