All to Stop the Slaughter 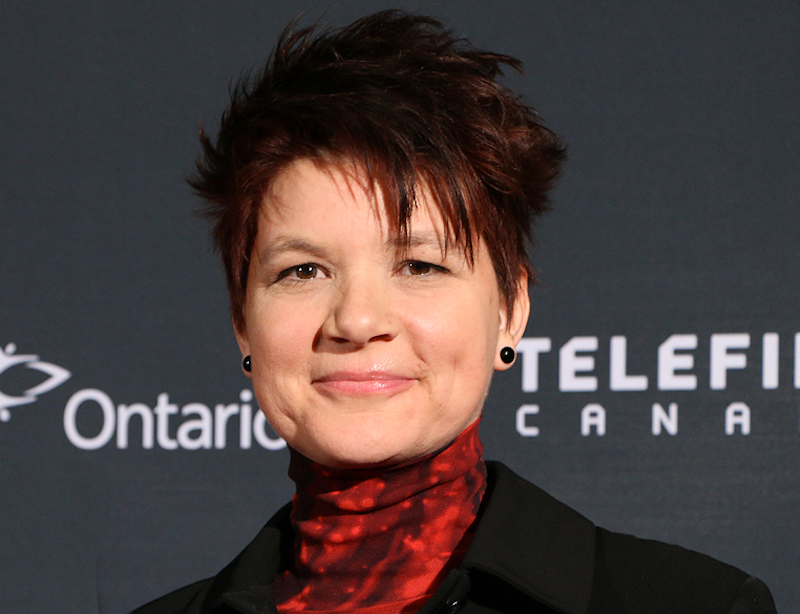 Filmmaker Liz Marshall is perhaps best known as the director of The Ghosts in Our Machine, a haunting 2013 documentary about human exploitation of animals. The film was nominated in four categories at the Canadian Screen Awards, including Best Direction in a Documentary Program. Writing for The Los Angeles Times, Betsy Sharkey called it a "heartfelt meditation on animal rights, [that] comes at you as a whisper." I recently had a conversation with Marshall, in which we discussed The Ghosts in Our Machine and her upcoming documentary about cultured meat.

I asked how she got into filmmaking. "The early 1990s was when I really started," Marshall said, noting she attended the media-arts program at Ryerson University in Toronto. "I always had a real love, passion, and desire for image-making and stories about people. It was a process for me to discover that in my heart and soul I'm a documentary filmmaker." She wouldn't fully come to this realization until the early 2000s. "I really started focusing more on social issues and using film as a tool to elevate content that is either marginalized or difficult to look at," Marshall said.

In The Ghosts in Our Machine, she followed animal rights photographer Jo-Anne McArthur. "We were part of similar circles here in Toronto," Marshall said. "So we were friends." The documentarian knew she wanted to tackle the animal question and McArthur seemed like a good entry-point. "I realized, in coming to know Jo-Anne and her work, that she would be a very accessible, relatable human on a journey to anchor the film," Marshall said. "Also, I was drawn to the idea of using her images within a film structure—in other words, still images and moving images, and how they could work and blend together to create something compelling."

The film took a different approach than some other animal rights documentaries, which seek to survey the entirety of human exploitation of animals in graphic detail. The Ghosts in Our Machine was a more specific story—which, in following McArthur, touched on many aspects of animal abuse almost incidentally—that avoided bombarding viewers with horrific imagery. This was intentional. "Earthlings works very well," Marshall said, referring to a 2009 documentary that catalogues the entire spectrum of animal subjugation. "We wanted to take a gentler approach to a dramatic subject, so it could be more accessible. In my work, I believe one of the most effective ways to reach people is to have a human protagonist."

Eventually, I brought up her most recent project—Meat the Future, the documentary she’s currently filming, which will be released in 2018 or 2019, about the nascent cultured-meat industry. "It's a solutions-focused film, following Memphis Meats [led by CEO Uma Valeti] as they develop their products, but also Bruce Friedrich, who’s the executive director of the Good Food Institute," Marshall said. "He's lobbying through that organization to make [cultured meat] a viable reality of the not-so-distant future." I pressed about what she saw as a realistic timeframe for cultured-meat to become competitive with slaughtered meat, and whether the former would ever completely replace the latter.

"These are huge questions," Marshall said. "I don't know if anyone knows the answers definitively at this point. Memphis Meats is saying they will be on the market by 2021—which is not far away. They’ve unveiled the world's first [cultured] meatball and first cultured poultry products. They’re an amazing team of scientists and researchers. On the business side, they're examining it from all different directions and moving this forward very quickly." As evidence the tide is turning, the documentarian noted Tyson Foods recently unveiled a venture-capital fund to invest in companies creating alternatives to traditional meat products.

Finally, Marshall told me about her favorite animal rights documentaries, besides her own. "Blackfish was hugely effective," she said, referring to the 2013 movie, directed by Gabriela Cowperthwaite, which focused on captive orcas. "That film has changed the future of SeaWorld." Marshall appreciated The Cove—Louie Psihoyos' 2009 documentary about Japanese dolphin hunting, which won an Oscar for Best Documentary Feature. "I think The Cove was also very effective," she said, adding, however, that dolphins are already held in comparatively high regard. "I'm a fan of all the films that are trying to help and move this issue to the fore."