Putting U in UFO 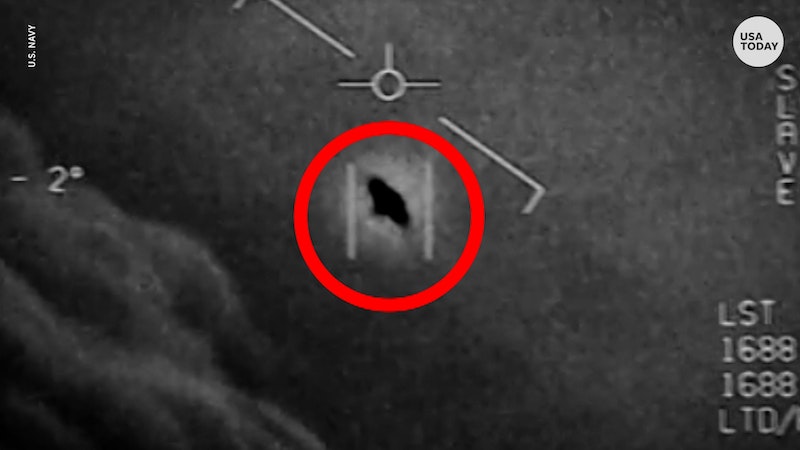 Conspiracy theorists are sympathetic figures in a recent Peggy Noonan column (given our confusing and uncertain times, etc.), but I think we’re past the point where merely treating the conspiracy theorists as forgivable neurotics is giving them sufficient due.

Maybe it’ll be obvious to future generations, in a rather Hayekian way, that rumors and conspiracy theories are how (some) legitimate knowledge arises when centralized authorities are corrupt, calcified, and close-minded—as they inevitably are. People living in totalitarian regimes know it’d be dumb to try doing without all whispers and underground newsletters, waiting passively for official pronouncements.

The scientific method—consciously testing to see if a hypothesis can be proven false rather than just hunting around for things that might be consistent with it being true—is stupendous, arguably humanity’s second-greatest achievement, after property rights. Living, breathing scientists are less impressive, though. They fall for fads, are biased by politics and money, and let wishful thinking and ego skew their interpretation of results. Sometimes, they just plain lie—not just individual cranks but whole institutions, if it suits their interests.

This week the editor-in-chief of the Bulletin of the Atomic Scientists tweeted that my opposition to global taxation is the most “ignorant international affairs comment” he can think of, and these are the guys who set the so-called Doomsday Clock indicating how close the world is to nuclear apocalypse. If they now think I’m the most recklessly ignorant player on the international stage, I’ve reason to question just how scientifically objective they are.

The only reason we’ve been so reluctant to admit for the past century or so that scientists and their close colleagues can be nuts is that we know what sorts of yahoos may rush in to fill the void if science retreats: witch doctors, quacks, people claiming to commune with undetectable spirits, etc.—a serious danger. That’s no reason to lurch back into trusting all the scientists, though, especially not before multiple fully independent groups of them have reached the same conclusions, preferably by multiple methodologies over many decades.

If people, many but not all of them yahoos, insist they saw UFOs that were possibly alien spacecraft (whether solid, extra-dimensionally ectoplasmic, or something else), (A) you shouldn’t necessarily believe them, not without hard evidence, but (B) you shouldn’t necessarily believe the pat dismissals sometimes heard from scientists, such as that faster-than-light travel or ancient high-tech civilizations are impossible (give several planets’ scientists, say, a billion years—a billion years!—to work on the lightspeed problem and they might surprise you, especially if you’ve been naïve enough to take the arbitrary variables in the Drake Equation seriously), and above all (C) you’ve no reason to think government officially weighing in on the matter later this month in the form of a government report is going to contain anything true or useful.

Rumor has it that the imminent Pentagon/Senate Intelligence Committee report on UFOs will contain no conclusive evidence of alien life, which is no surprise to skeptics like me—but also not the last word.

Richard Dolan’s book series UFOs and the National Security State may not definitively settle the question of whether there are aliens either, but it chronicles how intertwined the military and intelligence agencies have been with the UFO question, often while denying it, at least since the 1940s, spinning the topic like crazy and sometimes manipulating both UFO-believer groups and skeptics organizations.

Whether government agents were dismissing UFOs as paranoia, encouraging belief in UFOs to distract from military projects, frankly expressing bafflement, ruthlessly concealing their bafflement to look on top of the situation, or just echoing money-wasting grant proposals from military contractors who think it’d be a neat trick to get our hands on alien tech if there is any (or easy to fleece the taxpayers if they’re hoaxed with a few drones first), government’s main contribution to the UFO debate for 70 years has been mountains of bullshit, and it’d be naïve to think that will change this month.

Even if you assume there are no aliens, there’s a long, weird historical trail of government lies around the topic, technically starting even before the 1947 Roswell incident, since government pilot and likely conman Fred Crisman claimed to have been involved with an incident in which UFOs dropped burning slag near Maury Island in the Pacific Northwest a few weeks before Roswell—and he really went on to be subpoenaed by both Jim Garrison and the mid-1970s House Select Committee on Assassinations as a possible government agent tied to JFK’s death.

Dismiss him as merely a repeatedly well-placed hoaxer (working for his own jollies or perhaps for the government as a creator of distractions?) and you’ve still got other, undeniable things in the historical record like the government issuing three contradictory “official stories” about what happened at Roswell, first saying it was a crashed flying saucer, then insisting for 47 years that it was just a weather balloon, then finally saying in the 1990s that it was an important top-secret military balloon used to detect distant nuclear bomb blasts. That third explanation is highly plausible and would explain the appearance of a military cover-up in Roswell, but why would anyone give the government the benefit of the doubt after decades of being jerked around?

In a similarly muddled case, numerous residents in the area of Berkshire, Massachusetts independently reported witnessing a seemingly-alien craft the night of September 1, 1969—and more recently, they’ve realized that people living in their town helped create the message disc placed on the moon by Apollo 11, intended to invite aliens to come visit us, a message put in place mere weeks before the mass UFO sightings. Did aliens actually respond, you might hasten to ask? Ah, but at the same time, wouldn’t having science experts tied to NASA in that town also increase the odds Berkshire might have had residents capable of a really well-crafted, high-tech hoax?

So much from UFO lore leaves us with competing plausible (and numerous implausible) explanations. This past Saturday, UFO disclosure advocate Dr. Steven Greer urged people around the world to hasten the process of disclosure by attempting to communicate with aliens psychically, which might sound nice in a New Age way, but even he gets dragged into partisan arguments with other UFO buffs, since he thinks (or claims to think) the military isn’t planning to disclose real aliens but to fake an imminent alien invasion to boost their own funding and keep the Earth on a permanent war footing—something it has been claimed ex-Nazi turned NASA co-founder Wernher von Braun also worried about, likely in a less hippie-New Age way than Greer.

Why think government opportunism or propaganda stops at the upper atmosphere, in short? Aliens or no aliens, and regardless of what the imminent Pentagon report claims, the era of trust in government—a marker of humanity’s mental infancy—should end. In a world of obfuscation and pseudo-certainty, there’s no shame in saying the three most magical words in the English language, the sanest of all mantras: “I don’t know.”