Reject the idea of spiritual ownership of art by its artist past the moment of creation. 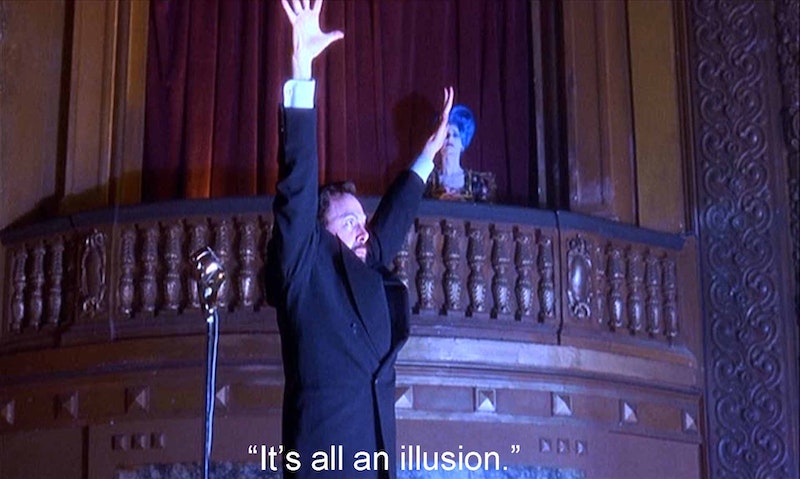 Randy Newman wrote a song about “Short People.” Good—specifics. More elusive is the contemporary definition of what makes a “good person,” and how that relates to “damages,” or even cancels out whatever that person does. No matter whether they’re writing for newspapers, acting in films, singing songs for millions of people, or working at a food bank in a medium-sized American city; we must now first ask if they are a “good person.” Someone asked me recently, “Doesn’t it feel horrible to listen to something and then find out the artist is a terrible person?”

No. Despite ushering in a new era of radical chic, many can’t bring themselves to consider the work of figures as diverse as Sigmund Freud, John Lennon, Kevin Spacey, and Woody Allen. This isn’t a "diverse" group: they’re all white men. But I’m talking about their work—as always. It’s important to reject the concept of an author’s spiritual ownership over the work (commercial ownership, in my opinion, is another story, though I know a few “copy-free” advocates that want to make everything public domain). To say that Freud’s foundational work in psychology is irredeemably tainted by his “raging misogyny,” or that Lennon’s music is false because of his personal behavior, or that Kevin Spacey isn’t a great actor despite everything—it’s all a mindless waste.

(Regarding Spacey, really, I didn’t think I could look at him anymore. Then I watched Margin Call with my family, and my dad and I were both turned around fairly quickly).

Lesser actors, performers, and other artists can’t climb back from scandal, crime, or embarrassment. Hugh Grant still has a career (remember Paddington 2? No? Don’t worry, just look at Twitter every other week), despite his late-1990s mugshot and charges of solicitation in Los Angeles. Look at Eddie Murphy—who knows him for that “Good Samaritan ride home” today? Those who were around, maybe. What about Matthew Broderick, guilty of manslaughter in Ireland? Mark Wahlberg blinding a Vietnamese liquor store employee in a robbery? Lindsey Buckingham dragging then-girlfriend Carol Ann Harris by her hair from their car against their gravel driveway?

Popular opinion of these people is arbitrary and completely dependent on what spreads, and it has no objective “juice” value. I can’t believe the Buckingham story never got any publicity, despite Harris writing about it in her memoir in graphic detail. I don’t bring it up to say that Buckingham is a “terrible person” along with Lennon, only to wave them and their work away. I’m not interested in the personal behavior of artists, insofar as the work is concerned, any more than I am with what they ate for dinner or what brand of toothpaste they favor. We don’t need to “separate the art from the artist” because that severance has already been made, as soon as the work is finished. Bob Dylan said he never understood why people would want to listen to Blood on the Tracks and voluntarily subject themselves to “that kind of pain.” It left him as soon as it went to tape, and he kept moving. Notice how he hasn’t been touched, either, despite similar behavior to Lennon with the women in his life.

Once again, this isn’t score-settling. It’s to say that the current hyper focus on the personal fidelity of an artist as the primary quality in them and their work is a means of demeaning both. The way that David Lynch (beloved) and Quentin Tarantino (“problematic”) film women being violently raped, murdered, and/or assaulted is certainly different, but not a world away. In both Once Upon a Time in Hollywood and Mulholland Drive, there are butt-level shots of their respective blonde leading ladies. A friend of mine said that Tarantino’s filming of Margot Robbie as Sharon Tate was inherently sexist, as if low angle shots of women in boots and short-shorts is something the director “jerks off to.” This is another theme that bothers me: both directors are extremely fetishistic, yet it’s Tarantino who’s accused of shooting actresses’ feet so he can “jerk off to them,” while Lynch floats in a transcendent plane of belief, love, and understanding—all while returning to the brutalization of naked women.

Again, not a criticism—I compare the two because their work is much closer than their (public) personalities. Tarantino is garrulous, excited, often obnoxious, and completely open and obviously confident. Lynch, on the other hand, is a two-way mirror: a man whose “aw-gee” affectations bely something else we don’t know (behind-the-scenes footage shows him more natural, working as a director and recognizable in his bouts of excitement and frustration). Tarantino is more open publicly than Lynch, and he cares less about “managing his image,” and while Lynch is not working with a PR team, his public persona is obviously as much of a part of his performance and body of work as any film, painting, or sculpture.

Both of these men have succeeded in doing what Jean Genet said what’s necessary to become a full person: “In order to be whole, one must double oneself.” You could interpret this as recognition of the pest and exterminator in everyone, the angel and the devil, but as far as artists are concerned, it’s in this second “body” of work that they become whole. This is why focusing on and obsessing over their personal behavior is not only beside the point but detrimental to the discussion, dissemination, appreciation, and preservation of all art. It’s not hard to see a scenario where artists’ work isn’t preserved because they weren’t “good people,” just as the justification was given in the days before multi-terabyte hard drive store that those who “weren’t popular” wouldn’t get priority on the reissue or preservation roster.

Who defines the canon, who comes and goes, and how artists, both living and dead, are perceived in the public eye changes decade to decade, and now we’re back to a HUAC-style Puritanism that refuses questioning or criticism and advocates censorship in the name of justice and humanity. I’m not interested in debating the details of this or that scandal of this or that celebrity because I wasn’t there.

Does anyone know if Shakespeare raped? Maybe some scholars have theories, but what people know 400 years later is his work, his other “body.” The one that lived, behaved, and died has been gone with little trace for a long time now. To take a different attitude to artists of the 20th century or those still living is to deny our eventual passage into dust, and, even more cynically, an effort to take down and suck the life out of those who had the willpower, talent, and strength to double themselves, and live on in some form past death. Because it’s immortality, an artistic legacy—and that’s the one thing powerful, rich people can’t buy. Consider who gets behind the idea that artists must be “good people” and look at what they do and where they come from and who they’re working for. They don’t care about art. They don’t care about anything. They just want to “be beloved.”