Pizzagate Could Be a Spectacular Horror Movie 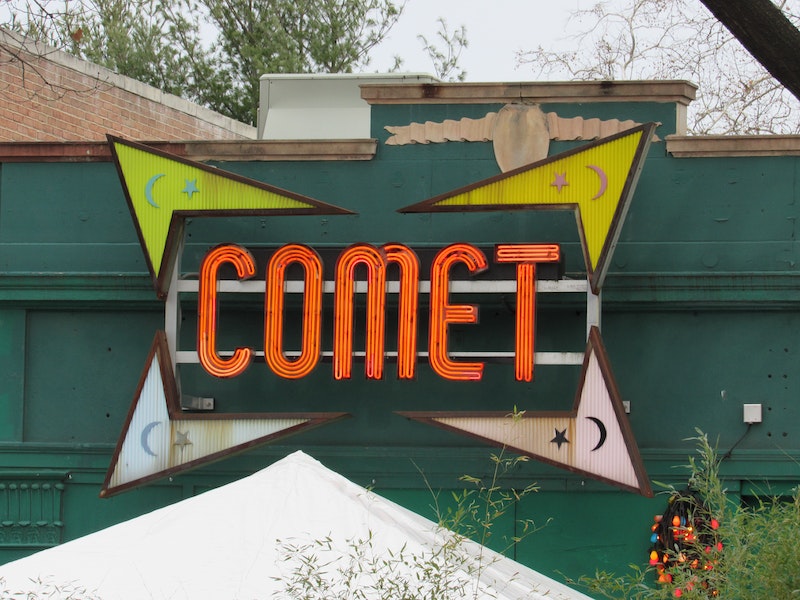 Pizzagate is one of the most fantastical conspiracy theories of all time. Considered as fact it quickly falls apart, indeed becomes ridiculous.

But if treated as fiction, Pizzagate would make a cool horror movie. Pizzagate’s intense disciples believe there’s a satanic network of pedophiliac, child-eating people who are closely affiliated with Hillary Clinton and DNC panjandrum John Podesta. This cabal operates out of a network of shops in D.C., most notably Comet Ping Pong, a pizza restaurant on Connecticut Ave. According to Pizzagate, Comet Ping Pong has a basement where children are trafficked by pedophiles. The basement is connected via tunnel to other businesses, and finally to the Pegasus Museum, which contains a “kill room” where children are slaughtered and eaten in satanic rituals.

This story is wild enough that it was denounced even by feverish conspiracy guy Alex Jones. Pizzagate became national news when a man drove up to D.C. from North Carolina and approached the Comet Ping Pong with a gun, firing an AR-15 before being taken in by police. Luckily no one was shot.

Treated as fact, Pizzagate is funny, and scary, for its EC Comics brazenness. Treated as fiction, it could be the building block for an amazing horror movie. Pizzagate: The Movie would be a mash-up of The Exorcist, The Silence of the Lambs, and All the President’s Men.

It has everything. There’s the ultimate evil, Satan. There’re children in danger, a staple in horror going back to Frankenstein. There’s the evil political Illuminati who secretly run things, the subject of Stanley Kubrick’s underrated and supremely creepy Eyes Wide Shut. There’s a labyrinth of secret passages, which evokes every haunted house movie and the winding snow garden in The Shining. There’s a great hero, the outsider who faces this evil despite everyone treating them as crazy—Winona Ryder’s Joyce Byers in Stranger Things. There’s pizza, a natural tie-in for advertisers. “Pentagram Pizza—Only $5.99 at Dominoes!”

The film writes itself. The structure would be similar to All the President’s Men and Silence of the Lambs—a mystery to be solved. Our protagonist is a newspaper guy for a conservative website, an outsider like Jake Gyllenhaal’s Robert Graysmith in Zodiac or right-wing outsider like Rorschach in Watchmen.

The film opens in a dark underground tunnel, where three children are huddled against the wall. A slow close-up reveals they’re approached by someone, an adult, who says, “Don’t worry my loves. You’re serving the Master.”

Cut to the reporter tapping away at his desk. Like Bob Woodward at the beginning of his career, he’s a low-level guy whose beat is restaurant health and safety. He goes to report on the inspection of a new place, Antinous Pizza. The place passes, with the intimidated inspectors acting excessively nice, even intimidated. The reporter (let’s call him John Paul Romero just for fun) notices something that’s off—a crack, a string leading through a wall. For a flash he thinks he hears a muffled scream. It’s the MacGuffin that sets things in motion.

From there Pizzagate is a thrill ride. The clues pile up, the danger gets more intense, the guilty politicians are more and more famous—like Men in Black, you can have a screen where all of them are revealed: Hillary, Ted Cruz, Al Sharpton, Biden. Knock yourself out. The underground railroad of child exploitation is revealed, and there are switchbacks—the one health inspector who seemed to believe John Paul might not be what she seems. Is there some camp in there? Sure.