Pit Bull Hysteria is Real But Perhaps Not Based On Reality

Relying on the media to make a judgment isn’t smart. 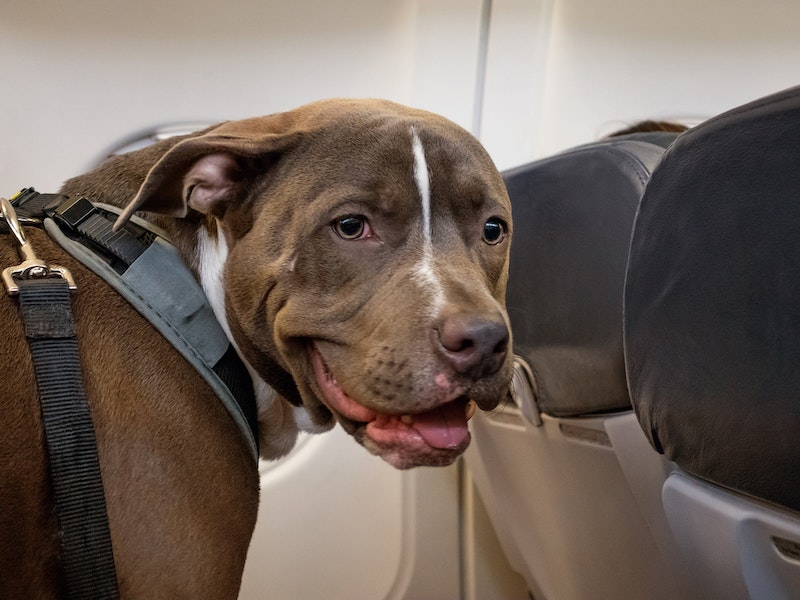 A few months back, a group of pit bulls attacked and killed their owner here in the Richmond area. I immediately guessed that pit bulls did it, which the newspaper report then confirmed. I've guessed correctly on this subject more times than I can remember, or at least I thought it was correctly. Without doing any research, I came to the conclusion that pit bulls are the number one breed to fear. I imagine this holds true for many people.

I've never believed that all pit bulls are dangerous, or even most of them, but singling them out for criticism is considered, in some quarters, a horrible lapse of decency. The breed's defenders are staunch, and they’ll brook no such "discriminatory" talk. Pit bulls are just like any other dog, they insist, despite what we read in newspapers. They're noble animals that play with children and lick human faces. The most avid defenders of the breed are sometimes called "Pit Nutters." Some compare discrimination against their dogs to discrimination against black people.

Each breed of dog was developed to perform a specific task. These tasks reflect on the dog's reputation. The Golden Retriever was bred to retrieve birds downed by hunters. Today’s pit bull is a descendant of the English bull-baiting dog that was first bred to bite and hold bulls, bears and other large animals around the face and head, and then bred to produce dogs that would fight against each other. Today, only a small percentage of pit bulls are bred to fight, but the image sticks.

It should be noted, however, that "pit bull" is not a breed, per se—but rather an umbrella term for the American Pit Bull Terrier, the American Staffordshire Terrier, the Staffordshire Bull Terrier, any mixes of those breeds, and any dog that resembles those dogs. You have to wonder if journalists reporting on the latest "pit bull attack" are visually identifying the dog correctly, as visual identification of breeds is an unreliable, unscientific method.

There's evidence suggesting that pit bulls are more dangerous than other dogs. A five-year study of dog-bite injuries from the Children's Hospital of Philadelphia published in 2009 found that almost 51 percent of the attacks were from pit bulls, almost nine percent were from Rottweilers and six percent were from mixes of those two breeds. A 15-year study published in 2009 in the American Journal of Forensic Medicine and Pathology revealed that pit bulls, Rottweilers and German Shepherds were responsible for the majority of fatal dog attacks in the state of Kentucky. A 2011 study from the Annals of Surgery revealed "attacks by pit bulls are associated with higher morbidity rates, higher hospital charges and a higher risk of death than are attacks by other breeds of dogs."

Pit bulls are among the most popular dogs in America, so it's natural they'd be involved in many attacks. But, if you're a parent, you'd most likely be careful before letting your children around a pit bull, given what you hear about them. What you really want to pay attention to, however, is their owners, some of whom don't understand that they contribute to the pit bull's bad reputation. While they're correct about the role of "nurture" in a dog's development, the nurture many of them provide isn't positive. A 2006 study from the Journal of Interpersonal Violence found that violent dogs have owners who are significantly more likely to have criminal convictions for drugs, alcohol, domestic violence, and firearms. Dogs mirror their owners, just as children mirror their parents. The dogs to avoid are pit bulls with a disagreeable owner, because any violent tendencies that may have been been bred into them will be magnified. The others are best judged, as with people, on a case-by-case basis.

While the anti-pit bull evidence is compelling on the surface, if you want a complete perspective on the issue from someone who's probably researched it more exhaustively than anyone, Bronwen Dickey's book, Pit Bull: The Battle Over an American Icon, is the best bet. The author talked to dog owners, breeders and trainers, animal control officers, shelter workers, cruelty investigators, law enforcement officers, dog bite victims, and animal behaviorists to reach her conclusions, which are sympathetic to pit bulls, which she has owned. Dickey's experience in promoting her book taught me that focusing on the lunacy of Pit Nutters doesn't do justice to the entire story. She received death threats, and had to deal with online mobs asking her why she hates children.

Dickey makes a good case that both sides of the pit bull debate get it wrong. She dispels myths: their jaws don't lock; if they're scarred it doesn't mean they were once fighters—it's more likely a car hit them or owners abused them. The author says the "pit bull" category is so large that it's impossible to generalize. She says that when the headline screams "pit bull," that it may just be some type of mixed breed that the reporter's being lazy about identifying, because the pit bull angle sells. The information the author presents on how pit bulls are so often misidentified makes you wonder just how accurate those bite studies were.

I'm now wondering if the dogs that killed the Richmond woman were pit bulls, or if she treated them badly. I'm also questioning my accuracy in always guessing that pit bulls were responsible for the most recent attack on a human. Bronwen Dickey, daughter of poet and novelist James Dickey, talked to 350 people over seven years to write her book. She's an expert on the topic, and I'm not, just as people who rely on the news to understand the issue aren’t experts.