The rich come from a long line of bloodsuckers. 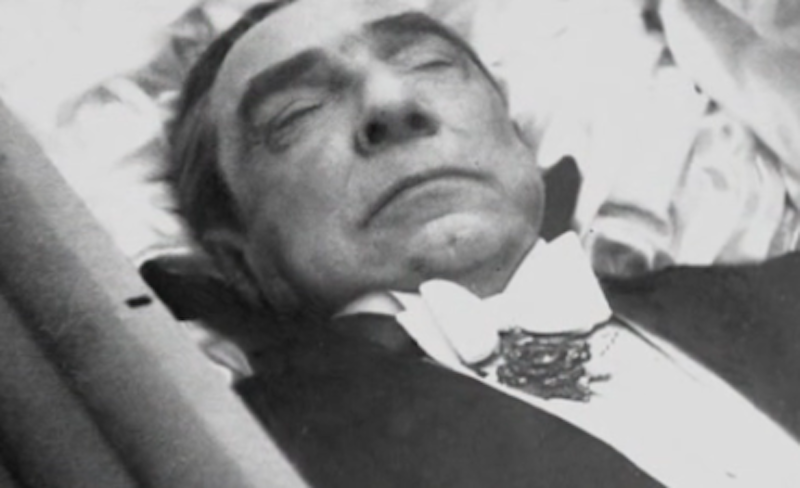 There’s a strange allure to creatures of the night who drink blood and can transform into bats and wolves that leaves little to the imagination. The fatal attraction to undead blood-sucking freaks who live forever is a stretch for many, though entertaining to some in morbid ways. Immortality is a trait most vampires find boring. The vampires’ addictive thirst for blood represents a trait of something more like power over all they possess. A rich lineage that spoiled bluebloods, aristocrats and royalty greedily hunger for too. The rich come from a long line of bloodsuckers.

You can imagine vampires as selfish entities that enslave others to keep themselves fat and happy. Like the big corporations that drain the life from wage slaves to enrich their own lives. If you’re still among the living, then you have some sort of personal agenda. Morals and codes to live by. Some use religion as a tool to control while others use brute force, sexuality and violence. Combined, these dark forces resemble America. A culture of fear and doubt dividing all who fall under its hypnotic trance. Like the vampire who paralyzes and commands victims to do his bidding.

Bela Lugosi was a classically-trained actor from Romania who came to America seeking fame and fortune in Hollywood. He was quickly swept away by the glitz and glamour there. Eventually his star faded and he became a stereotype cartoon of the Dracula character he faithfully portrayed. Lugosi’s rise and fall can be directly attributed to the vampire-like world of movie-making in general (and drug addiction didn’t help either). Selling your soul for a nominal fee. Signing on the dotted line, a binding contract to movie studio devils. The vampire goes by many names but the analogy is always the same. In a twisted way his wish of fame and immortality came true in ways he never dreamed.

Dracula was fashioned into a harmless household name and consumer product. Count Chocula cereal and Sesame Street’s Count Von Count render the vampire legend cute, a safe alternative to children’s breakfast diets and after-school entertainment. The proliferation of vampire movies and television series is endless. There’s a new Netflix series titled Dracula airing at this very moment. He’s everywhere. So what’s all the hubbub about? Vampires are tied in the running with zombies and hillbilly cannibal slasher movies. Vicarious violence, death and depravity for the sake of frightening us with the ultimate fear of the unknown.

In a recent conversation I shared with an old friend we discussed what to do with our bodies when we die. I mentioned my usual last wishes. Put my body in a plastic bag and leave me at the curb on trash pickup day. Odds are no one will ever look inside the bag. There are other creative avenues to explore. One of my all-time favorites is being cremated, having my ashes cut with cocaine for all my friends to snort my dust. If you can afford it, you can have your remains shot into space. Or have your ashes frozen into a block of ice and set adrift in any river, sea or ocean that can be reached by boat or plane. There’s another artistic bent on taking someone’s earthly remains and embedding them in a glass globe paperweight. There are the old Viking-like rituals of putting your body on a flaming boat and sailing away. There are tree pods that wrap the deceased in the roots of a sapling tree and then planted at the site of your choosing. There are so many ways to go out and a million ways to die. My friend told me he’d like to be delivered to a taxidermist and stuffed like a puppet. I could prop him up in an easy chair with a drink and a cigarette and play pre-recorded lines like, “Lemme hold your lighter.”

Like the old legends about John Barrymore’s still-warm corpse scooped up by W.C. Fields and Errol Flynn and a director named Raoul Walsh. They were his drinking buddies from the Bundy Drive gang, a booze-soaked bunch of debauchers in Hollywood. They propped Barrymore on the sofa and proceeded to drink toasts to his boozy life until sunrise. Or there’s the crew that stole rock singer Gram Parsons corpse and drove it to Joshua Tree, where his body was cremated per his final request.

Whether fact or fiction, it’s heady stuff. And poor old Bela Lugosi died a pauper. Frank Sinatra reportedly paid off his many debts. He rode out the American dream/nightmare making one of the campiest movies of all time, Plan 9 From Outer Space. He was already dead when they used the footage of him stumbling around a fake-ass graveyard, pieced together from a failed Ed Wood production. You can take the vampire out of the coffin but you can’t get blood from a stone. Maybe we’re all vampires, hungry for a taste. Life should be so easy.