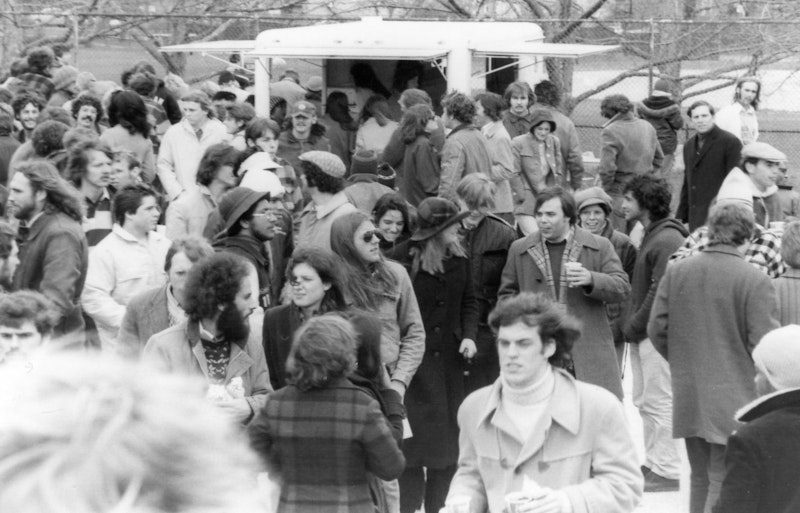 I’m a Baby Boomer (born in 1955) and, unlike the increasingly weird wave of journalists/authors who are soiling themselves apologizing to younger Americans for the country’s alleged civic and cultural disrepair, I won’t follow suit. One, I don’t believe the United States is in worse shape because of the Boomers, and two, the nature of these essays/books, almost always written by affluent men and women, is deceptively self-aggrandizing.

The other day I was at the checkout counter of a local CVS and saw that an issue of Time—which still exists, if in near-secrecy—dated May 28, with the provocative headline “How My Generation Broke America,” by lawyer/entrepreneur/busybody Steven Brill, hadn’t yet been sold. Curious about such an audacious tease, I attempted to read the very long (by today’s standards) story on the magazine’s website, but it crashed my computer four times, so I forked over $5.99 for the first issue of Time I’ve purchased since the beginning of this century. Unlike the cliché, now retired for obvious reasons, that people fleetingly consumed certain publications “on the supermarket checkout line,” leaving issues of The National Enquirer, People and Esquire, considered lowbrow by the intelligentsia, dog-eared and smeared, the copy of Time I bought was in pristine condition. No one had even opened it.

Brill claims he’s researched the question, “How did the world’s greatest democracy and economy become a land of crumbling roads, galloping income inequality [but not for Brill and his well-connected friends], bitter polarization and dysfunctional government?" for two years, so I’m guessing his treatise is a preview of an upcoming book that few outside of the Beltway, New York and San Francisco will read. His answer, repeated endlessly over the course of the eight-page spread, is the concept of meritocracy, which, Brill, raised in working-class Queens, freely admits he benefitted from, graduating (as an affirmative action inductee before that term was reserved solely for non-whites) from the Deerfield Academy, Yale University and Yale Law School. He says that over five decades—the last time America was great, was, apparently in the mid-1960s, which I’ll get to—“The protected overmatched, overran and paralyzed the government. The unprotected were left even further behind. And in many cases, the work was done by a generation of smart, hungry strivers who benefitted from one of the most American values of all: meritocracy.”

(Above is a 1974 picture of some of those “strivers” at a Johns Hopkins lacrosse game. I’m not sure if any of them “wrecked” America, but I suppose at least a few fell from grace since that time.)

In Brill’s view, America’s downfall, if you’re of that mind, began in a decade when political and civil rights leaders were assassinated, cities across the country rioted and burned—and not just after Martin Luther King was killed—the senseless Vietnam War (which gathered steam in the administration of Baby Boomer hero JFK and then was aggressively escalated by LBJ and Nixon) did tear the country apart and resulted in daily fatalities, racism was still rampant despite civil rights bills, epitomized by George Wallace’s popularity as a presidential candidate, not just in the South, but the North as well, and the Pepsi Generation (the Boomers) clashed, often violently with their parents and other members of the Greatest and Silent generations over the length of one’s hair, open sexuality, rock ‘n’ roll, abortion and the burgeoning feminist and gay liberation movements. Vietnam veterans who returned home were not greeted by “Thank you for your service,” but at best silence.

The economy, dragged down by profligate spending on Vietnam by LBJ and Nixon, deteriorated, and resulted in the “lost economic decade” of the 1970s, punctuated by gas shortages, penurious interest rates and inflation. Vicious battles over school integration—particularly in Boston—were common, labor union leaders ran their organizations like banks, and the police—“pigs,” the “fuzz”—were far more violent than today.

That’s when America was great? In truth, every generation of leaders and “strivers” and law-abiding citizens has its pluses and minuses, as has been true throughout history. It’s VERY Baby Boomer for someone like Brill, who owns two residences, to take credit for what’s perceived by some as a country on the brink of a constitutional, and, of course, moral crisis.

Wasn’t it just in 2008 that Boomers, among other Americans, rightfully celebrated the election of the first African-American president? I doubt Brill and his ilk thought the country was “broken” at that time.

Obviously, what spurred Brill’s windy apology was Trump’s election not quite two years ago. He writes: “The frustrated, disillusioned Americans who voted for President Trump committed the ultimate act of rejecting the meritocrats—epitomized by the hardworking, always prepared, Yale Law-educated Hillary Clinton—in favor of an inexperienced, never-prepared, shoot-from-the-hip heir to a real estate fortune whose businesses had declared bankruptcy six times.”

Conveniently, Brill (perhaps, given his Yale background, acquainted with the Clintons) doesn’t mention that Hillary Clinton ran one of the worst presidential campaigns in modern history, coasting along, convinced that because it was “her turn,” a victory was automatic. Had Clinton claimed the White House, it’s a certainty that Brill wouldn’t have undertaken the task of writing his self-serving apology.