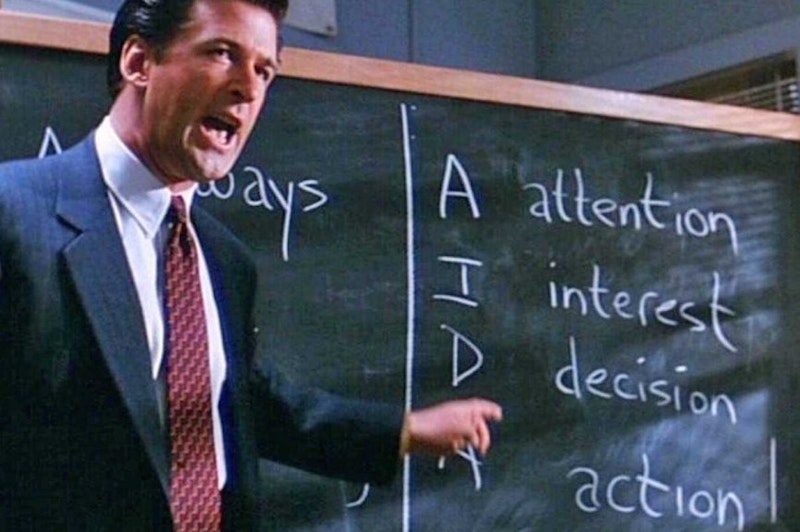 I’m trying to cast Alec Baldwin in a video. The film’s a fan tribute to the 80th anniversary of the jazz label Blue Note. I want Baldwin to do a cameo.

The only reason I think there’s even a remote shot that Baldwin would work with me, a guerrilla filmmaker and nobody, is that he’s complimented my work—he retweeted a film I made. Baldwin’s attention is exciting. It also gave me hope at a dark time in my life.

While I’ve always had an interest in photography—my dad worked for National Geographic for 30 years—I took up filmmaking in earnest after a cancer diagnosis in 2008. I come from an artistic family, and one of the ways we’ve dealt with adversity is to create art. It doesn’t have to be great, but when trouble hits a good catharsis is to do something—form a band, write a poem, make a video. For me it was a way to create beauty in the swirl of chemotherapy, depression, vomiting and PTSD that came with my illness. I celebrated the things I love: jazz, baseball, and what Jordan Peterson might call the archetypal feminine—both its platonic perfection and its creative and spiritual dynamism.

Then I shot a reel for a singer who went on American Idol and made it to the Top 10. As I wrote for Splice Today in 2014, Baldwin saw the film and messaged me: “Let’s make a weird little film together.” We exchanged some ideas but nothing worked out. He disappeared for a while.

While I never expected much from the encounter, I was particularly moved by Baldwin’s interest because of the high regard I have for him as an actor. He has that quality that people like Marlon Brando and Al Pacino have, the ability to sit comfortably in their powerful masculinity while having enough anima, or feminine energy, to excel at art, theater, and poetry. They are sex gods with empathy. Like Baldwin, I was raised in an Irish-Catholic house where athletes could also be actors, something that’s disappearing in Hollywood as #MeToo and nerd culture takes over.

The men I was raised around had a healthy and comfortable attitude about human sexuality, at once admiring women, having a self-deprecation about their own prowess, while under it all quietly maintaining that when it came down to it they could get the job done. They were integrated.

I see all of this in Baldwin, especially in his masterful encounter with Jiminy Glick. I also admire how Baldwin has refused to lynch Woody Allen for sexual crimes when there is no evidence. My only question is why Baldwin, a tough kid from Long Island who risked a lot to become rich and has a great work ethic, is not a conservative.

Last year I made a video with Baldwin in it—albeit only represented in pictures. If he wouldn’t come to me, I would manufacture him. I tweeted it to the actor, who declared it “one of the strangest things I have ever seen.” We connected again. Baldwin retweeted another film I made, asked for my email, and put me in touch with a person at his film company. So what’s my pitch?

This: I’m making a fan film about Blue Note Records, the legendary jazz label that in 2019 celebrates its 80th birthday. It’s going to be shot in New York City in black and white. Jazz clubs, the city, and Blue Note’s iconic album covers. Plus, a cameo by Alec Baldwin, a native New Yorker and a man whose astounding seven-minute performance in Glengarry Glen Ross is like an inspired solo by John Coltrane.

In my film there will be no dialogue, just music and Baldwin standing on the balcony of the New Yorker hotel. A cameo of about 10 seconds, it would take me an hour to shoot. No pay, no contract, and I don’t care about going to Hollywood or what famous people Baldwin knows. I just want his great, weathered, New York Irish face.

The pitch was a few months ago, and in the interim Baldwin has had a fourth child. We’ve talked a little online, but his focus is understandably elsewhere. I’ve always known this is a long shot. I remain grateful that Baldwin liked my work at all.

Ten years ago this winter I was sitting a hospital room, diagnosed with cancer. I was watching the Peanuts Holiday Special and wondering if I was going to live. Much of what I’ve done since then has been an attempt at an imitation not necessarily of Christ (I have no desire to get back on that chemotherapy cross), but of the fecund, risk-taking, sexy and dynamic God of creation.