Netflix’s OA: Yoga By Any Other Name

The imagination as afterlife in a show that's as silly as it is important. 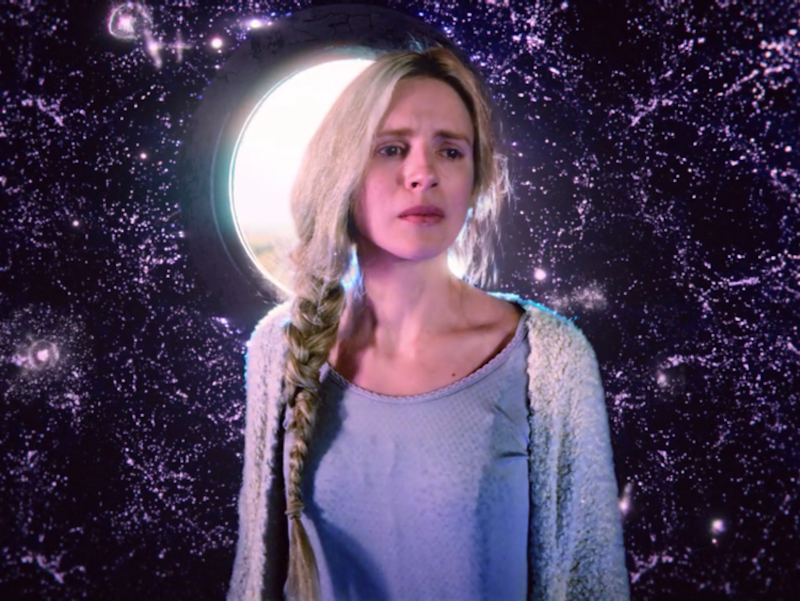 Like Black Mirror and Sense8, also bold Netflix productions, The OA is a puzzle for the viewer to solve. On its surface, it makes little sense. You have to think about it metaphorically for it to work. Incredibly, it does work, glimpsed from the right angle. I don’t blame you if you lost patience somewhere in the middle of the first season, though; so did I, initially. Only my respect for Brit Marling and Zal Batmanglij, a creative team with two incredibly imaginative and successful films behind them, kept me in the game long enough to sort these strange pieces out. Ultimately, The OA is a silly and important show, and for my money, one that’s worth your time.

The goal of any good work of fantasy is to make the familiar into something that’s new and wonderful again—like Tolkien, turning respectable English living into the Hobbits in the Shire. In The OA, what’s ostensibly the otherworldly place we travel after death is, properly understood, more like a creative beyond similar to Jung’s collective unconscious. In other words, The OA reminds us that much of what we accomplish when we’re creating something happens via a mysterious merging of conscious formation and unconscious impulse. Furthermore, it’s incredible how much we take as a given that, at one time, had to be wrested from a void.

Arguably the worst part, but also the most interesting part, of The OA involves a series of goofy modern dance movements that two consecutive groups of people (connected by Marling’s character, Prairie) believe can endow the dancers with mystical powers. It’s rather difficult to watch the characters gawp, hoot, and make jazz hands, while they talk about the possibility of entering alternative universes. At least it was difficult for me to watch all of this until I considered the analogy to yoga.

Where does yoga come from? As far as anyone knows, it comes from some cadre of Indian sages from thousands of years ago. The well-informed Wikipedia entry for yoga states vaguely that yoga emerged from various Hindu traditions, and that it can reduce stress and lower back pain. If we were to ask, “Why did yoga emerge from these traditions, and why does it work?” the Hindu answer would probably be, “It is divine in origin, and that’s why it works.” As supremely unsatisfying as that answer might be for a Western, agnostic thinker like myself, I’m still better off copying the asanas than trying to reinvent the wheel. That’s really all the people in the “second round” of The OA’s narrative are doing: copying asanas that the “travelers” from the first part of the story happened to discover—that is, to create. If those asanas look rather silly to us, compared to the magisterial motions of accomplished yogis, we’re bound to admit that this is primarily because we’re unaccustomed to them. We know yoga; we know other, comparable practices too, such as tai ch’i. It’s easy to forget that these things emerge, collectively and spontaneously, seemingly out of nowhere.

That brings us to the second feature of the show: its weird decision to imprison the NDE (“near death experience”) survivors in the underground lair of a mad scientist played (with brave ardor) by Jason Isaacs. Isaacs has a thing for demanding, doomed roles: he was terrific in Awake, which was cancelled almost immediately, and he was equally good in Dig, a piece of revelatory mysticism that ended with a whimper. Here he plays a voyeur trying to gain mystical knowledge by proxy, simply by watching what his captives can do. There’s an obvious parable here about the misuse of technology that falls into the wrong hands. Let’s ignore that and turn instead to Isaac’s defeated rationalism: he gapes in wonder at what’s “beyond our modern science” that the prisoners can do, jotting them down eagerly in his da Vinci-like notebooks. Meanwhile he keeps each survivor in a separate plastic cage, occasionally taking one or more into his private lab in order to put them through another brush with death.

The “artificially induced” NDEs are analogues for all kinds of attempts to reach the divine or creative self through induced madness: drugs, trance, sensory deprivation, fasting, and so forth. These work, up to a point... both in real life, and in the show. But they’re inefficient and often disappointing. The real question is why the prisoners should be housed in plexiglass. Why allow them to communicate at all? And if they are going to be allowed to communicate, why not allow them to touch each other and co-exist in a single space?

The answer, I think, has little to do with the way a psychopath like Isaacs’s “Hap” would really think or build. It has to do with the nature of consciousness. As rational beings, our consciousness never “touches” that of another person: we’re trapped within our own plastic bubble of experience and thought. (This is why Western philosophy has never really been able to solve the problem of solipsism.) As a practitioner of yoga, or a person humming a new song quietly to herself, though, we make contact with each other. I know my body is like other bodies because the asana challenges and relaxes me. I know my pain is like that of another person because we both feel the same melody impacting us. When the characters of The OA babble about other dimensions, that’s really all they mean: the place where, through a leap of creative expression, we dance, and sing, and yearn, and touch.