Boys and Girls and Supes

The Boys is unrealistic. This shouldn’t matter in a comic book adaptation, but it does in a show with contemporary political commentary. 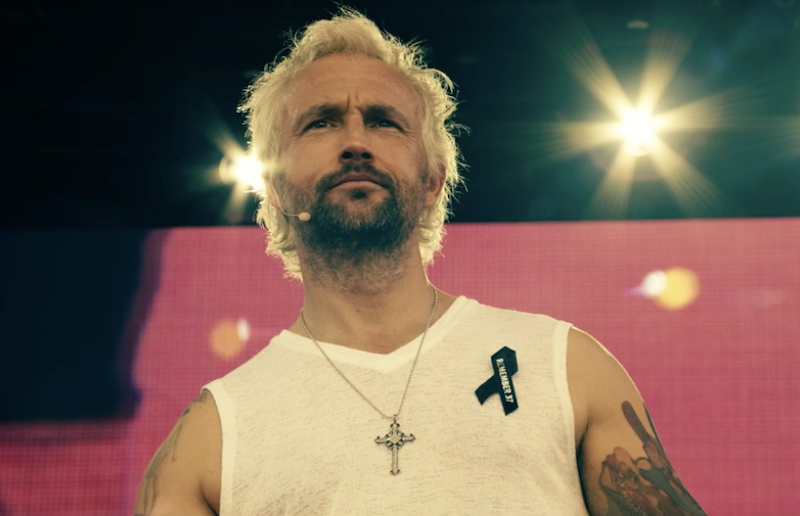 Amazon’s anti-hero superhero action dramedy The Boys debuted July 26th. The series, co-created by Seth Rogen and Evan Goldberg of Sausage Party and Superbad fame, and based on a comic book, has an 82 percent rating on Rotten Tomatoes as of this writing. The show’s a bloody, cynical, grossly sexual—as in the sex is kind of gross—romp that’s a pleasure to watch, albeit an uncomfortable at times. It’s also a gritty departure from the tall-glass-skyscrapers-and-labs-and-jets-and-epic-temples-all-the-time schtick of the Marvel movies (which are themselves sarcastic, down-to-earth and not especially jovial compared to the superhero depictions of old; so it’s all relative). Few locales of a space age bachelor pad or high tech bunker type are found in The Boys. Just crummy apartments, seedy nightclubs, hole-in-the-wall electronics shops, and normal-looking office buildings.

The Boys evokes another franchise full of grimy, sleazy and unorthodox superheroes—2009’s Watchmen, which was set in 1985. Though The Boys is not set in the 80s, you wouldn’t know it by the more overtly political aspects of the show. For one, the religious right reigns supreme in this show’s universe: anti-gay, pro-chaste, and all of that stuff that’s been unfashionable for decades, and hasn’t enjoyed mainline respect since the era of the Moral Majority. This in a series that appears to scream 2019 in every other way, from the phones to the cars, and to the style of dress, save for the goofy superhero uniforms of course. Even the implied #MeToo treatment in the show is up to date.

The NYC-based and corporate-owned collection of superheroes, dubbed “The Seven,” are affiliated in episode five with an event known as the Believe Expo, a not-even-shy-about-it, exclusively Christian event hosted by a Stretch Armstrong-style “supe” known as Ezekiel... who is also in the closet, and sweating bullets at the prospect of being outed. At this open-air gathering throbbing with adoring young fans, the aptly named superhero and leader of The Seven, “Homelander,” delivers a rousing, fear-mongering speech that carries shades of Alex Jones bloviating about what “they,” in Corporate Bureaucracy Land, want you to believe. Given Homelander’s status as essentially an expensive corporate asset, his stance is about as believable as Seth Myers openly throwing NBC under the bus.

The Seven are as mainstream as it gets. They command the respect of politicians, have the Defense Department eating out of their hands and are up to their laser-shooting eyeballs in sponsorship deals with the equivalent of Nike and other profiteering powerhouses. And we’re to believe that The Seven is eager to display the politics of... Jerry Falwell? (Okay, Jerry Falwell Jr.) This doesn’t add up. But it does suggest a lazy reliance on certain anti-WASP pop culture tropes, well past their expiration date, and a myopic lack of self-awareness on the part of one of the true corporate superheroes of the modern age: Amazon itself.

Bryan Tallerico at Vulture describes the show’s “Believe Expo” as “a massive gathering of heroes who preach the word of the Lord, led by a Guy Fieri-looking huckster.” Correct. And Guy Fieri is to A-list celebrities what honey barbecue dipping sauce is to foie gras. If the idea is that The Seven and their ilk are the quintessential celebs of our age, a comparison to Fieri wildly misses the mark.

The Boys posits a strange parallel universe wherein Kelly Clarkson and Carrie Underwood are bigger than Beyonce and Taylor Swift. Even Amazon’s Prime Day Concert suggests this strains credulity, with performances not by people in awe of the songbook of American Idols past but rather SZA and the aforementioned Swift, among others. And it’s Jane Lynch of Glee fame hosting, not Gal Fieri.

The Boys is unrealistic. This shouldn’t matter in a comic book adaptation, you retort. Maybe, but if it’s okay to suss out #MeToo allegories here, I’d say that any reservations about applying political realism to the series has jumped the shark.

Jumping the shark. The Boys has something to say about that too.