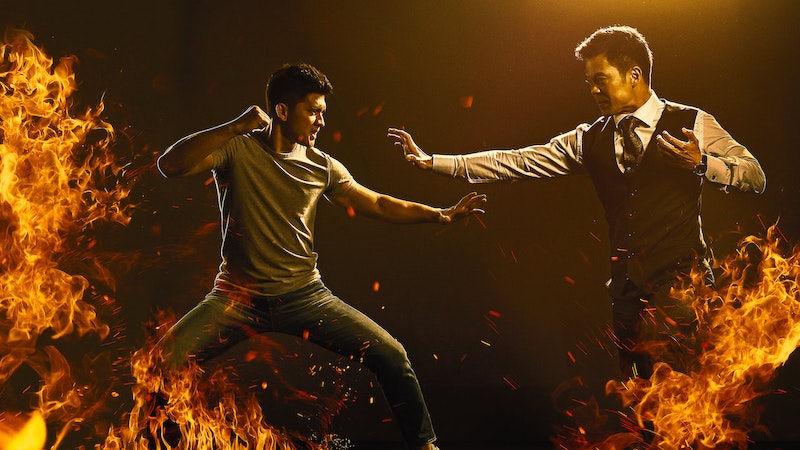 As if angry that nobody liked Iron Fist, Netflix has released a new show, Wu Assassins, that tries to make an American star out of Iko Uwais by giving him iron fists in his fight against corruption in Chinatown. Uwais plays a chef who is unwillingly inducted into a battle for the soul of San Francisco. He is the 1000th Wu Assassin, the last in a line of warriors endowed (by the Tao) with magical abilities that enable them to bring balance back to the Tao when it is threatened by magically-enhanced warlords. (NB. Since there are no warlords in the United States anymore, “warlord” has apparently become the Tao way of saying “gangster.”)

It’s okay if you don’t know much about the Tao; just keep in mind that it’s an ancient Chinese religious force very similar to the Force from Star Wars. (And by “similar,” I mean that George Lucas borrows much of his mysticism from Taoism.) Now, since the Tao is more ancient than Luke Skywalker, I can forgive the show its obvious debt to Star Wars, even when the wuxia result has little to do with actual Taoism. But I can’t forgive the blasé willingness to make a mockery of both Chinatown and the monastic traditions from which it attempts to siphon gravitas.

I’m not crusading for dull, respectful representations of Asian monks. Like many of you, I grew up with the Wu Tang Clan and the RZA’s seemingly endless supply of samples from movies like Shogun Assassin. I also loved both Kill Bill movies. I believe my credentials as a desecrator of monkish respectability are very much in order. But there’s a problem when “monk” just means “martial arts expert,” and doesn’t even connote a spiritual path, or asceticism, or a meditative thought-process, or anything else of the kind. It hollows out the archetype.

An example: at the beginning of the show, Kai the chef is told he has been infused with the power of 1000 monks. A few episodes later, we learn that one of the 1000 monks is a Scotsman with a broadsword. In other words, he’s not Asian, which is okay. But he’s also not a monk, which is not okay at all. That shipwrecks the show’s entire narrative. So Kai is not filled, I guess, with the power of people who dedicated themselves to self-mastery and the extermination of evil. He’s just filled with the power of random people, all for the sake of a lousy reveal.

Wu Assassins is a show that’s big on belief; that’s an ironic trick of a lot of bad shows that try to be good grindhouse cinema. They pretend to be just for fun, but the suspension of disbelief they require is staggering. For example, you have to believe that Kai is “pure of heart” because his trainer asserts as much. Then, in order to make him an interesting character, the show gives him all kinds of failings, quirks, and ambivalent attitudes. One minute he’s cooking a poisoned soup for his godfather (who is Chinese mafia), and the next he’s trying to save the very same man’s soul. In other words, like most of us, he’s pure of heart sometimes, and impure of heart the rest of the time. That makes him a mildly persuasive character, but it makes him a terrible candidate for magical endowments. We don’t admire him. We weakly hope he’ll come out on top, and that’s all.

The way the show cues the audience is also unforgivable. The primary bad guy is consistently philosophical, in an irritating fashion that comes off like a poor imitation of the baddies in Daredevil and other Marvel franchises. The female characters are sassy and get into screechy catfights. The junkie brother wheedles and whines. The thugs are blockheads, literally: they all seem to have enormously large, thick skulls, whether they are Russian or Chinese, and they are all idiots. I’m actually surprised that none of the evil bosses refer to them as “henchmen.”

We live in a new world after Crazy Rich Asians: a show can be set in Chinatown and feature an almost entirely Asian-American cast. That would be something to celebrate if this show didn’t portray Chinatown as a foul hive of scum and villainy, mostly un-policed, and teeming with ancient feuds and (you guessed it!) warlords. The difference between Chinatown and the rest of San Francisco is its ethnic makeup, and that’s it; Chinatown is not some sort of wildly glamorous slum. I guarantee that anyone who watches Wu Assassins without having visited California would get nervous about setting foot in Chinatown. What’s so progressive or groundbreaking about that? Plus, the area is so hard to infiltrate (apparently) that the police have to send in an undercover operative. They choose a white woman with blonde hair, which makes sense because... oh, never mind. I forgot that this was the show where owning a Chinese food truck somehow makes you a monk as well as a chef.

Ultimately, I do believe that Uwais has been chosen by the Tao to do great things. At a minimum, the man can fight, even if his acting here is worse than Mark Hamill at his youngest. But this show is not going to be his star vehicle. (Leave that to the slow dissemination of both Raid movies.) The Tao has also chosen me for a singular purpose: it’s my mission to save San Francisco from this show. But I need your help. Stream anything else. Together we will mend this broken video game of a world.