Melissa Broder and the Infinite Sadness

The final two essays in So Sad Today tower over the rest of the book. 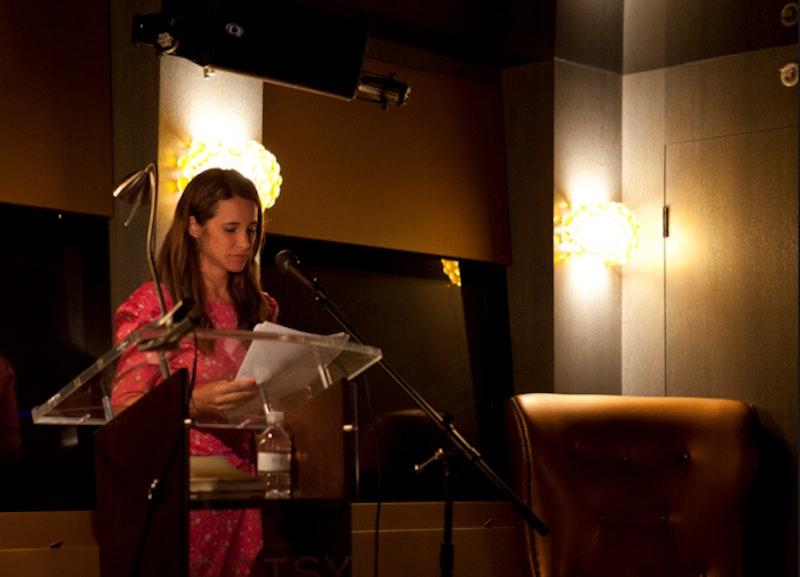 If you’re a regular Twitter user, you’ve likely come across something from Melissa Broder’s @SoSadToday, an immensely popular account made up of thoughts familiar to anyone who’s ever experienced sadness, fear, anxiety, and depression. @SoSadToday has broad appeal, with over 330,000 followers, and Broder kept the account anonymous for years even after it took off. No doubt that helped its explosive popularity, and only with trepidation did she reveal herself in an interview with Rolling Stone last year. Already a published author under her own name, Broder wisely compartmentalized @SoSadToday and created a character, someone faceless that hundreds of thousands of people could easily project themselves onto. Her new book is called So Sad Today, and I went from cautiously optimistic to skeptical while reading it. A lot of the early essays are email and text message dialogues between herself and “a fantasy [she] projected onto a young man’s body.” The many pages about bad sex, body dysmorphia, and anorexia did nothing for me—it was trite, predictable, and boring, with all the broad, bland appeal of the @SoSadToday account.

But the final two essays blew me away. The book’s climax is “I Told You Not to Get the Knish: Thoughts on Open Marriage and Illness,” a moving piece about Broder’s husband that threw me for a loop. Married since 2008 and together for over a decade, Broder describes their initial courtship as blissful, a Hollywood-happy ending of a match. But a year into their relationship, her husband (Broder gives him the alias “Ron Jeremy”) starts suffering from chronic fatigue, fevers, brain fog, and the sort of symptoms that usually indicate HIV or mono. After a barrage of tests from suspicious and clueless doctors, her husband is finally diagnosed with an unclassifiable autoimmune disorder… “It sounds fucked up, but I get jealous of people whose partners have brand-name illnesses. There is no rubber bracelet for Ron Jeremy’s illness (not that I would wear one, because that shit is ugly). There are no walkathons. No fund-raisers. Ron Jeremy, himself, has said that he would be better off with HIV. At least there are treatments that work.” She writes eloquently about people dismissing her husband’s symptoms as if he were just making excuses for being lazy or tired.

I had one of those “My god, that’s me” moments reading the final essay “Under the Anxiety is Sadness But Who Would Go Under There.” It’s a graceful conclusion to a book that’s padded with material that didn’t do it for me, and nearly made me shrug the thing off as another alt-lit failure. But yikes, the section on anxiety was a clarion call: “I’ve always had general anxiety, and later came panic disorder. But it took me many years before I realized there was depression underneath the anxiety. They are the flip side of the same coin. […] As a little kid I took fearful thoughts to a greater extreme than most kids, I think. If a parent got sick, it was cancer. If I got something in my eye, the cornea would be scratched forever. A sprained ankle on a school trip definitely meant an amputated foot. I was dying and everyone I loved was dying, which was true, of course, but it wasn’t happening as quickly as I thought.”

That’s beautiful writing. She goes on to say, “There was no specific thought that triggered the anxiety for me. Rather, the anxiety was always there, floating, looking for something to land on […] For someone with anxiety, dramatic situations are, in a way, more comfortable than the mundane. In dramatic situations the world rises to meet your anxiety. When there are no dramatic situations available, you turn the mundane into the dramatic.” If nothing else, So Sad Today earns its keep for the two dozen or so pages of poetic and perfectly expressed material on a subject, sadness, that so many dwell on and so few nail with such beauty.