Mega Millions or Nothing

Career got you down? There's always the lotto. 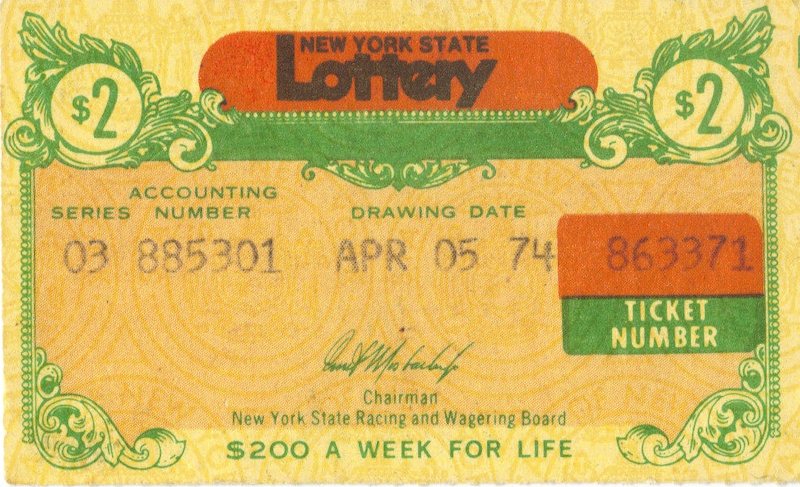 I’ve never bought a lottery ticket. But when the Mega Millions pot got to $1.5 billion a couple of months ago, I thought about it.

Stereotypical lottery dreams involve mansions, cars, travel, shopping, yachts, and a profligate movie star life of opulence and luxury. My own speculations were more mundane. I don't necessarily even want to quit my job; I like writing. But $1.5 billion would mean a lot less worrying about whether editors accepted every pitch. I could write what I wanted, when I wanted, rather than constantly worrying about my next commission. More than that, I wouldn't have the low-key anxiety about whether, or where, we'll be able to send my son to college. I wouldn't have the low key-anxiety about whether, or when, we'll be able to retire.

You shouldn’t have to win the lottery to attain that kind of modest dream. Middle-aged people like me are, so we're told, supposed to be moving towards financial security at this point in our lives. I'm a fairly successful mid-career writer with bylines in the places you're supposed to want to get bylines. My wife has a solid professional job. We should be in good shape, all things considered.

There are many, many people who are in a tougher position than we are. There are lots of families that don't have housing or food. We're not in that position, thankfully.

But still, I can't help but notice that, when people talk about middle class incomes stagnating over the last few decades, they're talking, at least in part, about me. I'm making less this year than I made last year; I made less last year than the year before. Nor do I see that trend reversing. Magazines close; I get paid less per article, or, at best, no more. Sometimes I apply for staff positions, but those are all extremely competitive, and often don't pay especially well in any case.  Even work-for-hire corporate jobs have become harder to come by; I haven't had a steady gig of that sort this year, and don't seem likely to in the near future.

Paddling around in my late-40s, I'd like to feel that more than 20 years of experience as a writer would offer me a ticket, not to fame and fortune, necessarily, but to better, steadier gigs, less scrambling, more security. But instead, my options are narrowing. If there's another recession, I could easily lose most or all of my clients. I—like many of my peers—don't see myself any better off 10 or 20 years down the road.

And so, the lottery. Career advancement and increasing financial security are impossible to imagine. Change isn't going to come incrementally, or in the normal course of things, which leaves nothing left to do but hope for a miracle. Working hard, showing up, building a resume—I've tried that, and it goes nowhere in particular. You can always place your wager on sheer unadulterated luck, though.

That's why so many people buy lottery tickets—or just occasionally imagine idly what it would be like to get that $1.5 billion pot. It's easy to see the lottery as a gross expression of American greed, and people who purchase tickets as dopes who don't know the odds. But when your job and career don't offer a lot of dreams, it's natural to try to get them elsewhere. No one needs a billion dollars.  But everyone needs hope.