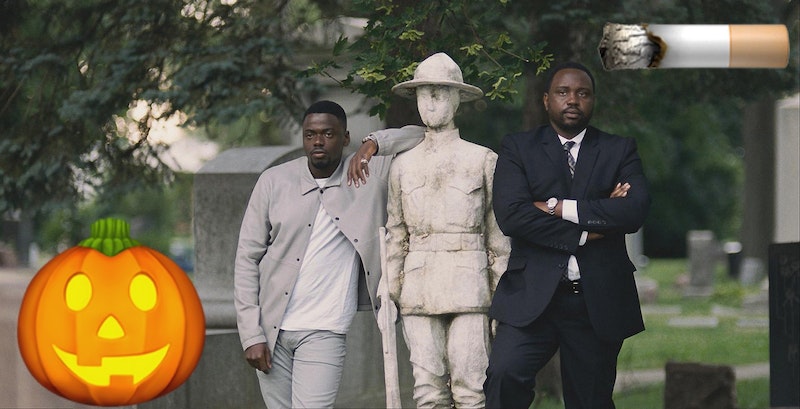 Widows: The new film by Steve McQueen (12 Years a Slave, Shame) is key to understanding what makes Michael Mann great. Here you have an improbable, high octane, edging-on-absurd heist plot pitched to a classy pulp, Elmore Leonard with a bigger expense account. An ensemble cast, a heist at the center, a major American metropolis (Chicago) as the setting and character, hundreds of bullets fired, dozens of bodies, comic book one-liners, multiple automobile explosions, and notebooks with precious blueprints left behind. That could be a description of Mann’s 1995 masterpiece Heat, and superficially, it has a lot more in common with Widows than it doesn’t. The performances are strong, and the cast is nothing to sniff at: Viola Davis, Liam Neeson, Colin Farrell, Daniel Kaluuya, Robert Duvall, Michelle Rodriguez, and Elizabeth Debicki, among others. This isn’t that far off from Heat.

What’s missing from McQueen’s film is any aesthetic sensibility, flair, or style. McQueen’s such a boring director and his scripts aren’t strong or original enough to sustain the films on their own. Mann’s films turn Los Angeles into a post-impressionist wonder of slurred light and toxic technicolor. There’s a painterly quality to all of his work (particularly Thief)—they’re films where every element is reacting to or reinforcing another: the words, the cuts, the colors, the music, the sounds. Great film is alchemical and can condense so much wisdom, experience, and emotion at once like no other. They’re transcendental. McQueen’s Widows is all discrete parts of what could be a great movie made by someone with a better imagination.

Newports: The government is finally moving to regulate e-cigarettes properly. Good—no one knows what that shit can do to you yet, and I’m not risking popcorn lung in lieu of sticking with my analogs (orange American Spirit). But along with the Juul jinx, they’ve snuck in something awful: an outright ban on menthols and “flavored cigars.” The New York Times notes that menthols like Newports “disproportionately harm African-Americans,” and that “The proposed menthol ban would be the most aggressive action the F.D.A. has taken against the tobacco industry in nearly a decade.”

Way to sneak in another blatantly racist policy under the guise of public health, because who’s going to stand up for cigarettes anymore? Why punish black people for brand loyalty and not young Kavanaughs pounding 30s of Natty Light every weekend? What about all the six-year-olds prescribed amphetamines and sleeping pills against their will? Even if you don’t smoke, banning Newports is a spit of dip in all of our faces. Wouldn’t you be pissed if your favorite flavor was just gone one day? It’s not worse for your health than any other. (Russ Smith will expand on this topic for Splice Today on Wednesday.)

Pumpkins: There’s a new Smashing Pumpkins album out. It’s called Shiny and Oh So Bright, Vol. 1 / LP: No Past. No Future. No Sun. I know. I do think it’s funny that such an unwieldy and bloated title got used on what amounts to an eight-song mini-album that runs only 32 minutes. Billy’s voice is still too high in the mix, Jimmy’s drums are too compressed, I can barely hear James, and most of these songs are MOR modern rock warmups. Billy has said as much: the mostly-reformed band came to Rick Rubin with eight potential promotional singles, thinking Rubin would pick one to work on. He told the band to record them all. This isn’t an album, it’s a collection of commercial calculations. But it’s still Pumpkins. “Marchin’ On” is a genuine surprise, with Billy bringing the Machina squeal and scowl back. “Silvery Sometimes (Ghosts)” is the only keeper, and not much at that.

Billy’s solo album last year, Ogilala, was by far the best thing he’s done since the Pumpkins broke up in 2000. Listen to that again (again?). But I’m glad that the Shiny and Oh So Bright tour was such a success, and that the band is doing well again, mostly because it bodes well for the stalled reissue series, and the inevitable rape of the vaults. Vinyl-only pre-Gish demos? Select soundboards from 1988 to 1992? A fully realized Machina? All those Zwan songs! “Chrysanthemum”! Chicago Kid! Castaways, outtakes, demos, jams, ideas from their imperial phase? Widely available on vinyl and to stream? Okay never mind, Billy, listen to me: the album’s great, keep ‘em coming, can’t wait for volume two, yeah yeah wrestling, okay cool right right…