Hillary lost and Kate McKinnon lost the role of a lifetime. 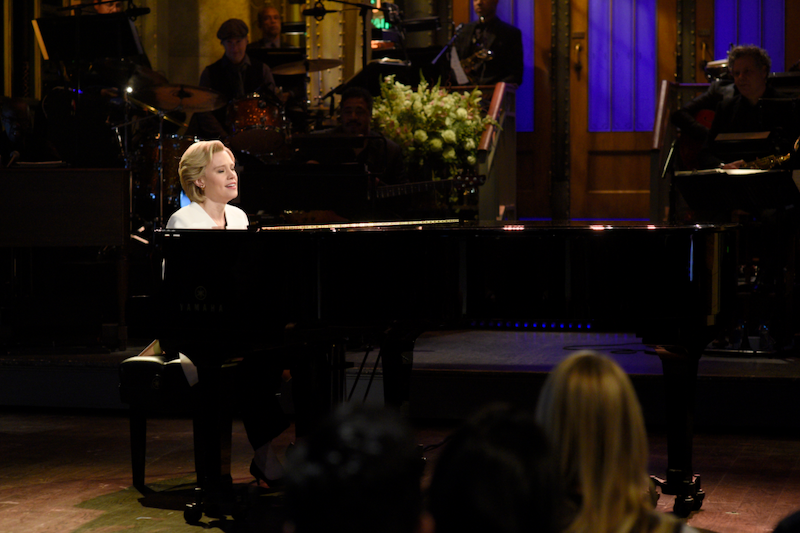 Last week after the election, Kate McKinnon popped into my mind a couple of times and I became wistful. It’s trivial in the grand scheme of things, but her take on Hillary Clinton on Saturday Night Live was McKinnon’s signature role, and with Clinton’s shocking loss last Tuesday, that role has no future. Clinton is now a private citizen, too old to ever run for office again, and half the country is too freaked out and traumatized to fathom having a laugh at the expense of the first woman to run for president and lose.

Saturday’s cold open with McKinnon as Hillary singing Leonard Cohen’s “Hallelujah” threw me for a loop. McKinnon was visibly emotional, on the verge of tears as she addressed the camera at the end and declared "I'm not giving up, and neither should you." At the same time, the delirious arrogance of the Clinton campaign, the media, and many millions of Americans, including me, who thought this thing was in the bag—it’s been a trip seeing how everyone has acted to the world resetting. No one was more shocked than the candidates themselves: Hillary spent the night inconsolably crying, unable to go to the Javits Center after conceding to Trump over the phone. There was no victory plan for the party at Trump Tower, and no one thought to change the outro music for his acceptance speech, “You Can’t Always Get What You Want.” Another sick joke on the night that this surreal exercise was supposed to end. I was listening to MSNBC the other day, and someone called in after running into Bill and Hillary on a hiking trail. This was on Thursday, and they were together—it's elephants that go off on their own to die.

In its October 20 issue, Rolling Stone published a fawning feature of McKinnon by Alex Morris, partly about her breakout performance in Ghostbusters (and Masterminds, a piece of shit saved by another variation on McKinnon’s quiet, creepy, leering default). But of course, most of the piece was about her future as the world’s most famous Hillary Clinton impersonator, and how she feels “very close not only to the real Hillary […] but also to this Hillary character we’ve created.” Morris and McKinnon count their chickens as Morris asks her what it’ll feel like when, “God willing,” Hillary is inaugurated next January. “I had not thought about it in those terms until this moment. Not my involvement in it, but just—what’s that moment gonna be like? How hard are we gonna cry? I could cry just thinking about how hard we’re gonna cry when it happens.”

I can’t imagine how gutted she was after election night and as the horror bloomed. McKinnon must’ve felt a bit like Vaughn Meader, a JFK impersonator whose album The First Family sold seven million copies in 1962, and when Kennedy was shot, Meader was out of a job and promptly forgotten. McKinnon’s not so cursed or a one-trick pony, but her Hillary was the gig of a lifetime. Blue America is in a fugue right now, too similar to the aftermath of a terrorist attack, and any depiction of Hillary just feels painful.