Do You Have to Let it Linger?

Social tech and the art experience. 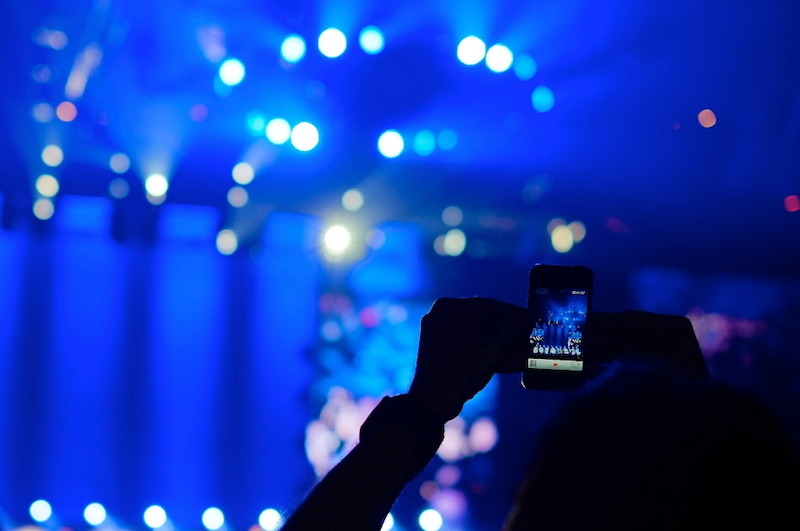 Last week, the hardly relevant lead singer of Green Day said that fans should put away their phones at his concerts. “Let’s have a human experience,” Billie Joe Armstrong implored. Rather than fiddle with Snapchat, let’s have something “you can’t capture on a cell phone.”

That something Armstrong was talking about is unmediated human contact. For Armstrong and so many others peeved by social technology, material gadgetry doesn’t bring people together. It separates them, alienating independent consciousness from authentic encounter with another.

If consciousness is mediated by technology—if self and other can be kept at a safe distance—then the transformative potential of intersubjective recognition is spoiled. A subject projected through an object begins to look suspiciously like an object itself.

But if this is the level of social criticism that “punk” can nowadays muster, then that vehicle of outrage and anarchy has indeed lost its oomph. Likely, Armstrong is just as persuasively impotent as a parent entreating a child to put down the video games and play outside. After all, from what basis do we draw such a distinction other than personal nostalgia? For an animal species specifically characterized by its evolutionary dynamism, a type of being uniquely defined by its own continuous becoming, social technology cannot be so easily written off as a shallow reification of authentic humanity. The premise that draws a sharp distinction between the human hand and the tool it holds misses the point.

But crabby as anti-iPhone groans sound coming from middle-aged rockers, those consternations emanate from real changes. In The Work of Art in the Age of Its Technological Reproducibility, Walter Benjamin thought long and hard about what photography means for the human condition. For Benjamin, historical changes in the ability to reproduce reality alter the nature of perception itself.

In the age of perception shaped by picture-taking we see “the desire of the present-day masses to ‘get closer’ to things spatially and humanly, and their equally passionate concern for overcoming each thing’s uniqueness by assimilating it as a reproduction.” We want to possess an experience by snapping a picture of it, and we want to integrate the frightening finitude of a singular moment into a unified whole.

“In even the most perfect reproduction, one thing is lacking: the here and now of the work of art…[which] underlies the concept of its authenticity.” Benjamin isolates the power of the here and now as aura, a cryptic concept that can only be defined poetically: “To follow with the eye—while resting on a summer afternoon—a mountain range on the horizon or a branch that casts its shadow on the beholder is to breath the aura of those mountains, of that branch.” The aura is that special something that is lost in the reproduction of an image.

Benjamin distinguishes between two types of artistic value: cult value and exhibition value. In pre-technological traditions, cult value corresponded to the fact of a work’s total uniqueness, its aura. Art objects were worshipped for their cult value due to the fact that very few people—or in the case of certain religious idols, nobody at all—ever had the privilege of looking at them.

Today we find precisely the opposite. Exhibition value reigns supreme in art objects that can be disseminated both instantaneously and ubiquitously. Even at the crude economic level, an art object without easy access approaches worthlessness. The goal is reach.

The person that prefers a digital video of a Green Day concert privileges the exhibition value of sharing, liking, snapping and retweeting over the cult value of singular, fleeing aura that reveals itself in the here and now alone.

But the point for Benjamin was not to champion one type of artistic value over the other. Exhibition value moves art past ritualism to into the realm of political action, and the camera is a tool for exploring the “optical unconscious.” After all, the stubborn idealization of cult value may lead only to absurd consequences. Witness, for example, Martin Shkreli’s preposterous hijinks with respect to Once Upon a Time in Shaolin, Wu-Tang Clan’s recent attempt at pure aura. The effort to recapture cult value in a cultural economy constituted by Spotify and Pirate Bay is quickly treated as a joke.

Aura decays. But maybe we should try holding onto it anyway. In Don DeLillo’s Underworld, the main character travels to meet with a long lost girlfriend. She’s become a famous artist, then in the middle of working on a tremendous display of painted warplanes in the desert. On his way to leave her the narrator stops to take in her work, to breathe the aura scattered on the arid sand and against the backdrop of a breathtaking sunset. He looks, but he won’t let himself dwell on it.

“Sometimes I see something so moving I know I’m not supposed to linger. See it and leave. If you stay too long, you wear out the wordless shock. Love it and trust it and leave.”

The next time you’re at a show, think less of Armstrong and more of Benjamin and DeLillo. Maybe you’ll sheepishly snap a photo and later post it to Instagram. Or maybe you’ll be like DeLillo’s narrator, who was ready to let go of something that moved him. “When I’d seen it all I knew I wouldn’t stay an extra second.”

Sometimes it’s not best to linger.