Marvel Comics and the Genius That Wasn’t 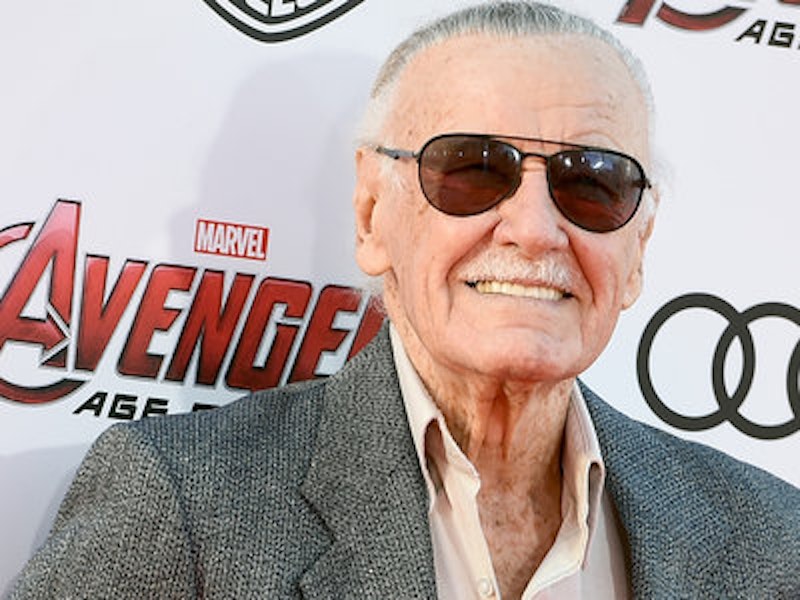 Stan Lee founded the Marvel universe, and that’s as big a deal as Clif Bars. But the man who invented Clif Bars is worth hundreds of millions, whereas Lee’s finances are more those of a George Wendt or Kaley Cuoco, a featured player in a big sit-com. Why is that? And why don’t comic book fans worship Lee the way outsiders assume he’s worshipped? Fans dote on him and give him a cheer, but they also roll their eyes and shake their heads. They know why, of course, and most of them also know the basics about Lee’s financial career. But Vulture just put up a long article that clues in the general public. I’m going to summarize that account and toss in some thoughts of my own.

First, being founder of the Marvel universe isn’t the same as founding or owning Marvel Comics. Nor is it the same as inventing or owning Spider-Man, Iron Man and the rest. Lee was one of the few middle managers to change history. As the 1960s dawned, this shrewd man noticed a couple of things: the increasing age of comic book readers, and the general popularity of everyday schmoes as heroes. Being sole editor of lowly Atlas Comics, Lee was in a position to act on his insights. Not only that, he could act effectively because he was quite a good editor. Lee knew how to juggle production schedules and cultivate talented freelancers, and he could bang out plots and dialogue to keep the machine rolling. The 1960s gave rise to new kinds of music, hairstyles, movies and protest movements. It also gave rise to a new sort of adventure comic: one about superheroes who had personal problems, spoke slangy dialogue and saw their stories continue from issue to issue. Thanks to Stan Lee, that new sort of comic wasn’t just a title here or a title there. It was the renamed Marvel Comics, a whole line-up, and it transformed an industry.

As a middle manager, Lee didn’t have a shot at the money that comes with ownership. Nor did he have the knack for deal-making that might have let him wrangle a percentage stake; even after Hollywood’s first X-Men and Spider-Man blockbusters, he settled for a lump payment of movie proceeds and forfeited the giant money still to come. Hence we have a man who’s rich but not mega-rich. But being a middle manager also made everybody else’s work his work as well. And here we come to why Lee is loved but not always admired.

Lee did a lot to create Thor, Iron Man, the Hulk and many others. But other people did a lot too. Lee might have an idea for a hero, but an artist would then decide what the hero looked like. In fact, the artist might decide more than that. With records scarce, it’s hard to tell how big all of Lee’s kick-off ideas actually were. Steve Ditko, the first artist to draw Spider-Man, says Lee came up with the name and that’s it. To hear Lee tell it, Ditko was just a talented fellow who executed an assignment. Jack Kirby, the artist who first drew many of Marvel’s greatest characters, seethed with resentment over the glory his boss soaked up while Kirby sweated at his drawing board.

That’s because Lee spent many years encouraging journalists to think he had created the Marvel heroes, as opposed to co-creating them. Lee has a song in his heart and wishes ill toward no one. But he’s a good example of how sweetness doesn’t stop a person from being self-centered. Mike Ploog, one of Marvel’s better artists from the 1970s, recalled the time he asked for a raise and Lee told him, no, times were tight. Then Lee showed him some photos of the snazzy car he’d just bought. Typically, Lee came to his senses when Ploog pointed out the contradiction. But imagine needing to have it pointed out. “People have said Stan was out for No. 1, and to a very large degree, that’s true,” says a Marvel vet. “He’s a good guy. He’s just not a great guy.”

Fans realize as much, and they also know how Lee flopped after Kirby and Ditko parted ways with him. Kirby never sold too well after his Lee period, but he did create characters that have lived on for decades. Ditko, on his own, barely sold at all, but he created some works that fascinate people who love his ineffable style. Post–Ditko and Kirby, Lee’s work has been dead on arrival and has fascinated no one. Really, as Vulture details, it’s been embarrassing (Stripperella). Yes, the man could write comic book dialogue that was snappier and more varied than the standard in 1965. He twigged to the advantages of squeezing in topical references and a junior high version of angst. Superman’s problem was Lois Lane; Lee knew that Spider-Man’s problem was just about everything, the way it is for most of us. When the age of comic book readers inched up by a crucial few years, Lee was ready to lead the kids out of elementary school. Even so, he isn’t much of a writer.

Yet he’s the man who invented Marvel Comics. For better or worse, Stan Lee made American comic books what they are today. He did have a hand in all those character ideas, he did change the ground rules for superheroes. And he did make it possible for Marvel to be more than one or two neat comic books. As Vulture says, Lee and no one else hit on the idea of having characters from one comic book routinely (emphasis on routinely) bump into characters from another. Big old DC, the company that dominated the field when Spider-Man was born, was divided among editors who guarded the different characters they’d been assigned. At Marvel there was just Lee. With kids buying the heroes he put out, he saw no reason not to mix the heroes together, to have Daredevil drop in on the Fantastic Four. That way customers who had been buying one of the titles might decide to get both.

The rest is history and now Lee is rich, God bless him. Not all his ideas or stories were that great. Not all of Marvel’s many comics have been that great. Really, most of them haven’t been good. But they added up to something, and Lee is the reason. Lee, the middle manager, made Marvel Comics into a product line, and that product line—the whole fleet of titles—was the thing that changed pop culture.